Americans brace for impact as a seismic election day approaches 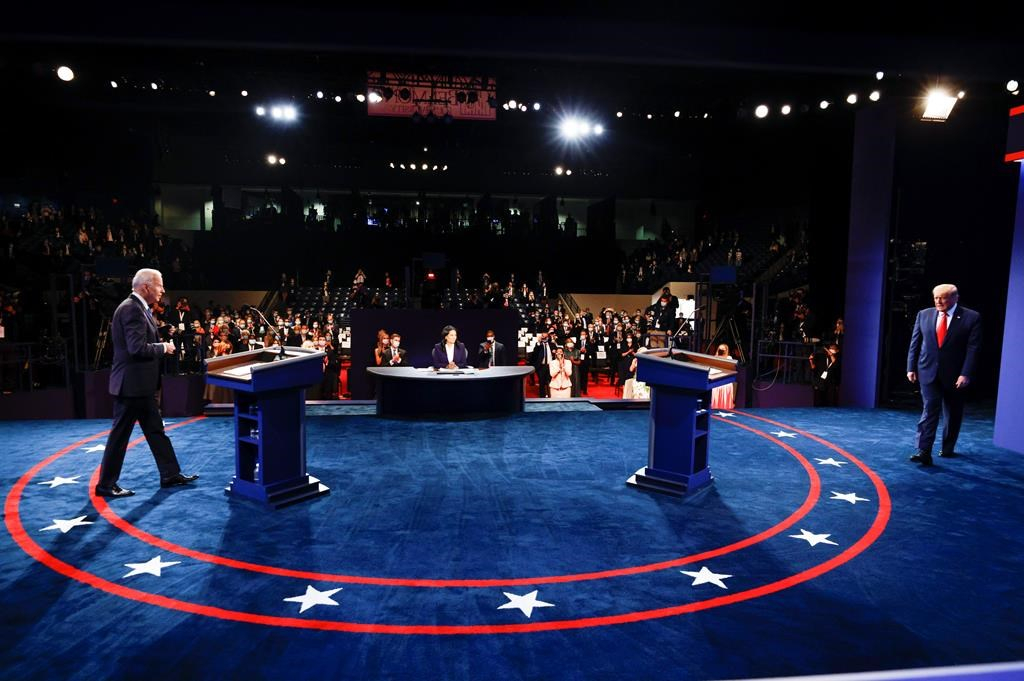 George Washington's "last great experiment" faces an existential litmus test beginning Tuesday as the bristling polarities of an energized, outraged and well-armed body politic finish weighing in on who should be the next American president.

Theirs may not be the final word.

Be it because of Donald Trump, COVID-19 or Black Lives Matter, Americans seem all in, for once, on the 2020 vote: more than 92 million ballots have already been cast, two-thirds of the total turnout from four years ago.

Thanks to the pandemic, mail-in voting has shattered records. But it takes time to count those votes, and Trump — who sows baseless fears of electoral fraud at every turn — has repeatedly signalled he'll take his battle with Joe Biden from the campaign trail to the courtroom.

The Texas Supreme Court on Sunday rejected a two-pronged GOP effort to get 127,000 drive-thru votes thrown out in largely Democratic Harris County, a challenge that has also been filed in federal court.

It all points to a president with no plans to concede defeat Tuesday, regardless of outcome. Indeed, Axios reported Sunday that Trump wants to declare victory on election night, even before such a result is clear.

Against this backdrop, meanwhile, Americans have been engaged in another time-honoured tradition of U.S. democracy: buying guns.

Demand for virtually everything in stock has been off the charts since the onset of the pandemic in March, said Dan Aldridge, the owner of Maxon Shooter's Supplies and Indoor Range in Des Plaines, Ill.

That includes handguns, long guns and ammunition — in particular the hollow-tipped rounds that are specifically designed for self-defence, as well as Maxon's three-a-day firearms training classes.

"It's people that are truly concerned about personal safety."

The first nine months of the year saw 28.8 million background checks — a necessary step to obtain a handgun in 22 states and D.C. — initiated in the U.S., FBI data show, a record total that has already surpassed 2019's full-year tally of 28.4 million.

The Trace, a U.S. media website dedicated to analyzing gun issues, estimates 1.92 million guns were purchased in September, the sixth-highest month on record and a 67 per cent increase over the same period last year.

That could mean a polarized, angry and heat-packing electorate suddenly being confronted with an inconclusive or even disputed election outcome after months of COVID-induced cabin fever — a period that's already been marked by dramatic displays of civil unrest over the country's deep-seated racial divide.

"I think you have a fear among a good percentage of Americans that something bad could be coming," said Ryan Williams, a criminal justice professor at the University of Illinois Springfield.

Walmart briefly pulled guns and ammunition from store shelves Thursday, citing a risk of "isolated civil unrest" — a decision that may have been linked to recent racial tensions in Philadelphia.

But the U.S. retail giant quickly reversed itself Friday on the grounds that recent incidents "have remained geographically isolated."

In downtown Washington, D.C., businesses that endured a raucous summer of social-justice protests marred by looting and vandalism were again protecting storefronts over the weekend, hoisting sheets of plywood in front of plate glass windows as if bracing for a looming hurricane.

The candidates, meanwhile, were in barnstorming mode over the weekend.

Trump hosted nine rallies over the two days, four of them alone in Pennsylvania, the blue-collar battleground that's worth 20 electoral votes and is widely expected to play a pivotal role in determining the final outcome.

So too will Florida, Georgia, Michigan, Iowa and North Carolina, the five states Trump visited Sunday. All five landed under his name in 2016, and all five are in play this time around.

On Monday, the president returns to Pennsylvania and North Carolina, with a stop in Wisconsin before one final event in Grand Rapids, Mich.

Joe Biden, meanwhile, has been setting a more modest pace — partly to keep safety concerns to a minimum, but also to take advantage of a tactic that has been a cornerstone of the Democratic campaign: let Trump be Trump.

The former vice-president visited Michigan on Saturday with his old boss, Barack Obama, before moving on to Ohio and Pennsylvania, where he'll be on Monday.

Ironically, a steady decline of public faith in institutions like the federal government has exacerbated the instability that risks undermining the election, the Canadian-born Williams said.

And for millions of Americans, particularly those living near the poverty line, the pandemic has only served to deepen that distrust.

In Canada, "there's basic agreement on what the government's there for and why we need them. I haven't seen that here," Williams said.

The deaths of Breonna Taylor, George Floyd and countless others at the hands of police — Walter Wallace Jr. became the latest victim last week in Philadelphia — have also served to undermine that faith, he added.

"That really breaks away and wears down people's idea that somebody is there to protect me, protect my life, protect my property," he said.

"When that is gone, Americans will go protect themselves."