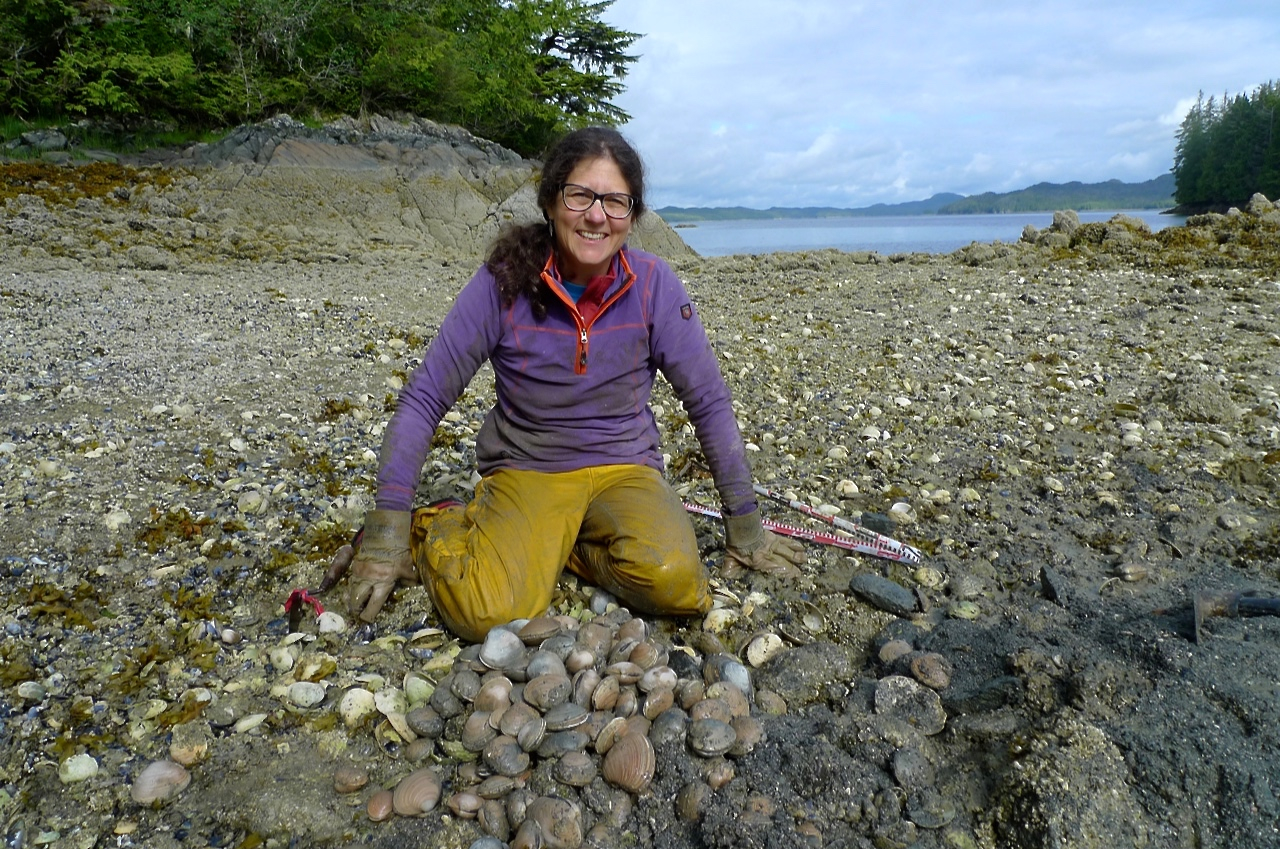 British Columbia's West Coast is a hotbed of activity when it comes to ancient aquaculture.

But Indigenous clam production on Quadra Island ­— located between the B.C. coast and Vancouver Island in the territories of the Laich-Kwil-Tach First Nations and northern Coast Salish — was especially intensive, said researchers Dana Lepofsky and Christine Roberts.

“Just around the northern end of Quadra Island there are around 89 clam gardens,” said Roberts, an archeologist and member of the Wei Wai Kum First Nation.

“Clams were clearly a main staple. But when people died off and got sick and there were less people, (the gardens) were used less.”

The clam gardens are definitely crammed into every possible nook and cranny in Waiatt and Kanish bays in northern Quadra, said Lepofsky, a professor at Simon Fraser University and researcher with the Hakai Institute.

“So there’s something interesting about Quadra and the social and ecological context of that place,” Lepofsky said.

“There are clam gardens everywhere you turn. And that’s not the same for other places on the coast.”

Carbon dating shows some of the clam gardens on the north end of the island are at least 3,500 years old, if not more, Lepofsky said.

The aquaculture beds were created by constructing rock walls at the low tide line on the edges of bays or inlets. As a result, sloped beaches and rocky shorelines transform over time into levelled beach terraces with shallower water favourable for cultivating butter and littleneck clams.

Scientific curiosity in clam gardens was sparked after numerous rock formations were noticed along the coastline during some aerial surveys. Further conversations with Indigenous elders revealed the structures' use and sparked archeological interest in the technology, Roberts said.

“I think doing that kind of research is important, because 15 years ago people might not have known what we were talking about,” Roberts said.

“But now, it’s at the forefront and even included in school books, which is great.”

The structures in Quadra’s northern bays take up 35 per cent of the shoreline (approximately 15 kilometres of rock walls) to create almost 113,000 square metres of terraced beach, a recent paper co-authored by Lepofsky and Roberts found.

In creating the structures, available clam habitat was boosted by as much as 36 per cent.

What’s more, more than a third of the total area constructed was on bedrock shelves where no clam habitat existed prior, Lepofsky said.

It wasn’t just about creating the beds, but ensuring increased production, she added.

Walled clam gardens contained four times the number of butter clams, and more than twice the amount of littleneck clams compared to other unaltered beaches.

Plus, shellfish grew faster in the shallower, warmer waters.

“They are very ingenious,” Roberts said, adding the clam beds demonstrate First Nations were actively modifying their environment, but in a sustainable manner, to boost food security.

Not only did people build the structures, but the clam beds also had to be worked and maintained, Roberts said.

Beaches had to be cleared of debris and clam beds required regular digging to turn over the silt and sand, as well as the harvesting of older specimens to sustain ideal conditions for young clams.

“It’s cool to see how many resources were used up and down this coast,” Roberts said. “You just don’t walk onto a pristine beach or forest that hasn’t been used, modified or accessed by First Nations.”

The way First Nations managed their aquatic resources can provide valuable insights for contemporary aquaculture in terms of conservation and management, she added.

“This technology really represents a sustainable and intelligent method for harvesting clams to feed people over generations,” Lepofsky said.

“Are there things that we can take forward (from the gardens) in this age of climate change?’”

However, the continued study of clam gardens has value beyond just mitigating the effects of global warming, she stressed.

“It’s not simply just helping us out of the problems that we created,” she said.

“It's being respectful of the knowledge base that Indigenous people have — which is kind of a fundamental part, I believe, of reconciliation.”