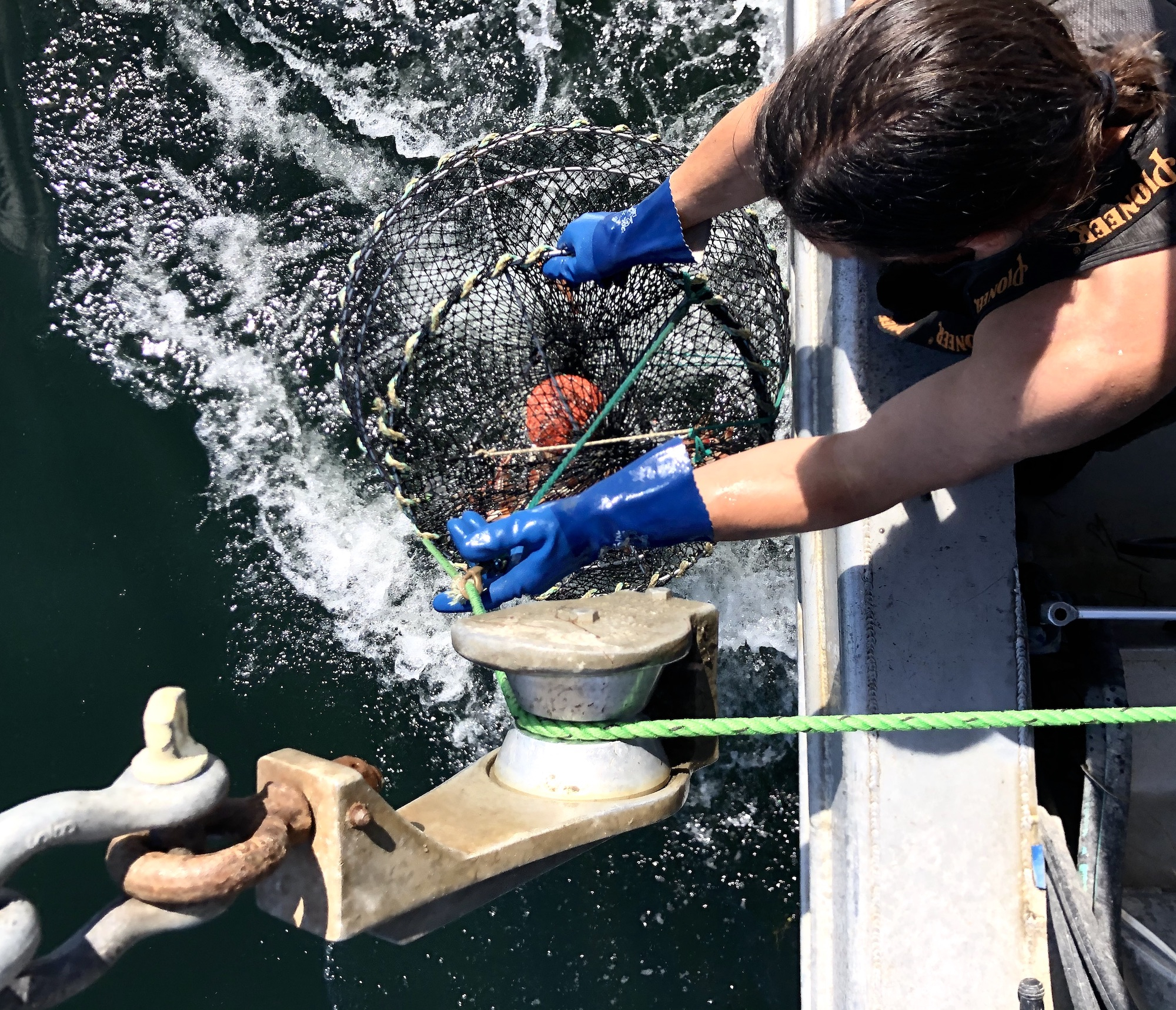 B.C.’s fisheries — everything from prawns to salmon — were worth $476 million in 2018. Photo by Marc Fawcett-Atkinson
Previous story
Next story

On Thursday, Horgan announced a new parliamentary secretary for fisheries position within the Agriculture Ministry. Fin Donnelly, MLA for Coquitlam-Burke Mountain, will take up the portfolio that is focused on revitalizing salmon population, protecting habitat, creating a provincial-level “coastal strategy” and increasing domestic fish processing capacity.

Fisheries are a major industry in the province, with the wild harvest worth roughly $476 million in 2018. But unlike its East Coast counterparts, B.C. doesn’t have a fisheries ministry. That has meant responsibility for the sector’s myriad issues has been scattered across multiple ministerial portfolios.

“Fisheries are complicated, they touch on so many different aspects of politics and policy,” said Tasha Sutcliffe, senior policy adviser at Ecotrust Canada.

Those include environmental issues, rehabilitating wild salmon populations, the creation of culturally relevant jobs in rural communities and First Nations, food security (most fish caught in B.C. is exported) and ensuring the economic benefits of B.C.’s fish remain in the province.

Donnelly’s mandate will require him to co-ordinate with at least three ministries — agriculture; environment and climate change; and forests, lands, natural resources operations and rural development. But without the administrative resources of a ministry, Sutcliffe expects it will be hard for him to address the plethora of environmental, social and economic issues facing the sector.

For some environmentalists, concerns about the previous government's approach to wild salmon restoration have been amplified by Donnelly's new mandate.

“We’re concerned (about) the directive to support innovation in fish hatcheries, which on the surface of it sounds great, but there’s a large body of science that shows hatcheries pose a lot of risks to wild salmon,” said Aaron Hill, executive director of the Watershed Watch Salmon Society, an environmental non-profit focused on rebuilding B.C.’s wild salmon.

Unlike open-pen fish farms — a controversial type of aquaculture where Atlantic salmon are reared in floating nets — salmon hatcheries raise young Pacific salmon and release them into creeks and streams, allowing them to migrate into the Pacific to reach adulthood. Then, like wild salmon, they return to the streams of their birth to spawn.

In Alaska, “ocean ranching,” or widespread hatchery use, is essential to sustaining the state’s massive commercial salmon industry. However, it has proved controversial, as hatchery-raised fish compete against wild fish for food and, through interbreeding, reduce wild fish populations' genetic diversity and resilience to environmental change.

B.C. Premier John Horgan has created a new position within the Agriculture Ministry aimed at revitalizing salmon population, among other things, but advocates say the province needs to put more resources toward fisheries management.

In contrast, open-pen fish farms threaten wild salmon through parasites, diseases, pesticide use and interbreeding with wild Pacific salmon. B.C. is the only jurisdiction on the West Coast where the salmon aquaculture industry can operate.

A 2019 policy report prepared for the province by an appointed advisory committee to inform its salmon-related policies recommended that hatcheries be used only to “rebuild weak or extirpated stocks ... or for short-term interventions to help rebuild stocks for southern resident killer whales.” Protecting and restoring spawning habitats and developing a more equitable distribution of the fisheries' economic benefits are more important priorities, the report noted.

However, the report has been criticized by Hill and other conservationists for having a pro-industry bias (many of the committee members are involved in the fisheries, according to Hill) and “failing to address the root causes of the salmon crisis.”

Still, the province’s continued focus on salmon and Donnelly’s appointment were welcomed by Robert Chamberlin. The former chief of the Kwikwasutinuxw Haxwa'mis First Nation and former vice-president of the Union of B.C. Indian Chiefs played a key role in the removal of open-pen fish farms from the Broughton Archipelago through a collaborative, nation-to-nation process he hopes can be replicated in other areas of the province.

“I think (Horgan) put in key players,” he said, noting that in addition to Donnelly, Minister of Agriculture Lana Popham and Nathan Cullen will also be shaping future provincial fisheries policy, and all are familiar with the Broughton Island process. Cullen is the MLA for Stikine and provincial minister of state for lands and natural resource operations — another new role — tasked with a suite of responsibilities, including habitat protection and co-developing a coastal strategy with Donnelly.

“(Their appointments) match the statements (Horgan) made about sending a strong signal to Ottawa that the B.C. government is taking a very strong focus on salmon.”

But that focus on salmon, while important, still leaves out large parts of the province’s fisheries, Sutcliffe said.

“Salmon is iconic, it is rooted in our identity and affects the lives of so many people — you don’t have to be a fisherman to care about salmon. (But) we also can’t ignore the fact that many other species are fished and relied upon for the same reasons. If we want a healthy B.C. food system, it’s not enough to just focus on salmon.”

Many of the challenges facing fisheries and the communities that rely on them aren’t about salmon, but the dozens of other species harvested in the province such as prawns, crabs and halibut. Those include everything from issues of unequal wealth distribution to access to credit to participation in conservation decision-making.

While many of these issues fall primarily under federal jurisdiction, she said that federal efforts at reform will be hampered without the support that a dedicated provincial ministry could provide.

“To realize a new direction in fisheries that maintains the level of ecological resilience we need, in an uncertain climate ... that brings the benefits of the fishery back to harvesters and their communities, requires not just federal, but also provincial leadership,” she said.

“One can hope that with (Donnelly's appointment) the province will step up and play their role in supporting needed changes in the socio-economics of fisheries.”