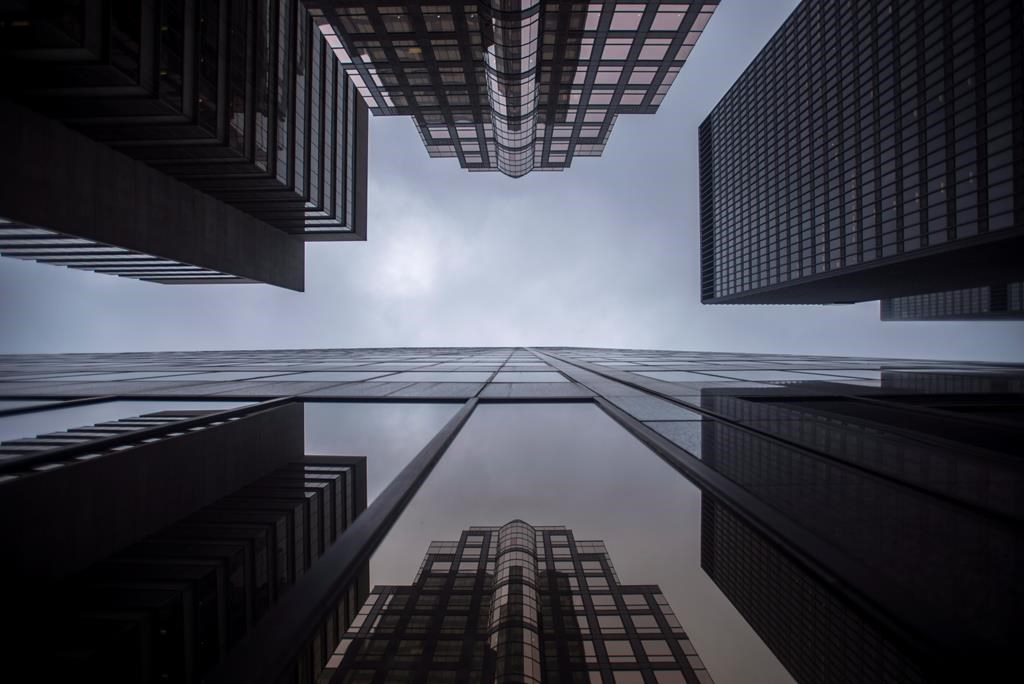 International analyses suggest Canadian financiers are oiling the wheels of the fossil fuel industry at a far greater rate than their peers.

Bankers say they've made big strides in addressing climate change concerns and promise to reveal how dependent on carbon their portfolios are. They add the nature of Canada's resource-driven economy makes large investments in oil and gas all but inevitable.

But critics say not much is changing.

"There's no significant decrease in financing," said Olaf Weber of the University of Waterloo's School of Environment, Enterprise and Development.

A recent study from the Rainforest Action Network placed RBC, TD and Scotiabank in the global Top 10 for financing fossil fuels, providing more than $89 billion to oil and gas companies in 2019 alone. The Bank of Montreal and CIBC are in 16th and 21st spots with a total of nearly $42 billion.

In the 4 1/2 years since the Paris agreement on climate change, fossil-fuel lending has grown at all five major banks, says the study.

It's the same story at Export Development Canada, an arm's-length federal agency that helps Canadian industry sell its products abroad. Last May, Oil Change International ranked the agency second in the world in support for fossil fuels. Its average $10 billion a year outspent everyone but China.

Earlier this month, the International Institute for Sustainable Development ranked Canada last among countries in the Organization for Economic Co-operation and Development in its attempts to end public finance of oil and gas as well as the scale of its support for exploration, production, refining, and transportation.

Only one of the Canadian major banks — TD — has committed to a global effort by 88 banks and financial institutions to standardize how banks tote up their carbon exposure.

"Canada really sticks out like a sore thumb," said Bronwen Tucker of Oil Change International, which advocates for energy transition.

International analyses suggest Canadian financiers are oiling the wheels of the #FossilFuel industry at a far greater rate than their peers. #ClimateChange #banks #canada #climatechange

Canadian banks say they're changing. Most no longer finance thermal coal projects and several — including RBC, TD and BMO — reject fossil fuel drilling in the Arctic.

Alec Clark, head of global energy for TD Securities, said his bank has been disclosing its carbon-intensive investments since 2018. It has promised to be carbon neutral by 2050, aligning it with Paris agreement targets, and has pledged to invest $100 billion in renewable energy by 2030.

"Setting out our ambitions provides good context for our clients," Clark said. "A significant number already have their own ambitions."

RBC is working with its clients to be environmentally responsible, said spokesman Andrew Block in an email.

"We are committed to finding ways to balance the transition to a low-carbon economy while supporting efforts to meet global energy needs and our energy clients. The world will continue to rely on natural resources and traditional sources of energy for some time."

Carl Burlock, Export Development Canada's executive vice-president, said the agency has committed to reduce the carbon intensity of its investments by 15 per cent by 2023. Those reductions will be disclosed, he said.

About $3.5 billion has been provided to more than 250 clean technology companies, said Burlock. "We have a role to play in the transition to a lower carbon economy."

Any lender involved in a significant way in the Canadian economy will be involved with fossil fuels, he said.

"Oil and gas have been substantial exports from Canada for many years. If you look at the profile of our support it really reflects the profile of Canada's export industry."

"You can be an energy company and still be very focused on doing things in your day-to-day operations that make you less intensely a user or emitter of emissions."

As well, most banks have policies intended to evaluate an investment's environmental, social and governance risks.

Weber points out some estimates say that up to 80 per cent of investments made in Canada already use the criteria. If they made a difference, he said, we'd have noticed by now.

"You can see that it's not really a radical shift."

Amelia Meister of the shareholder activism group Sum Of Us said Canada's investment in fossil fuels is more than just a mirror of its economy. It's a bit of cheering for the home team.

"At one point, that may have been true. We are at a very different point."

"A new pipeline or oilfield ... presents emissions that we can't afford even in the near term but also that are going to be locked in for decades. We are actually at a point where we can't expand oil and gas infrastructure any more."

Deutsche Bank won't back any new oilsands or coal projects