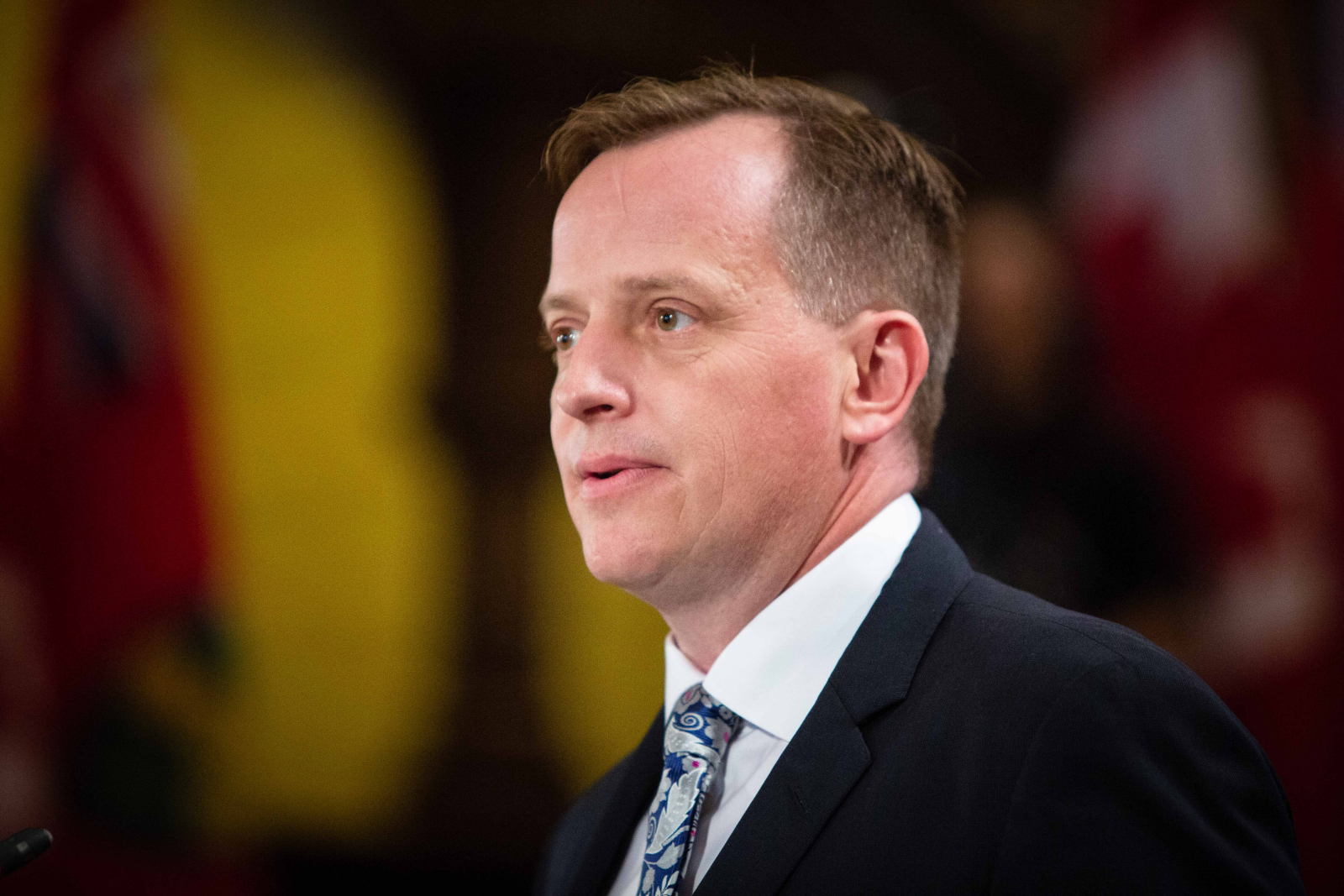 Amid backlash over a controversial bill that gutted conservation authorities’ powers, the Ontario government is appointing a working group to advise it on how the changes should roll out.

The working group will be led by Conservation Halton president and CEO Hassaan Basit, an evolutionary biologist who has been critical of the changes to conservation authorities, calling them "disappointing" in a Dec. 14 email to his organization's supporters. The group’s work will begin in January, with new regulations rolling out in early 2021, Environment Minister Jeff Yurek announced Wednesday.

“As we move forward together, we want to build stronger relationships with conservation authorities so we can work together to ensure consistent best practices, good governance and appropriate accountability to best serve the people of Ontario,” Yurek said in a statement.

The Progressive Conservatives have come under fire in recent weeks from the opposition, municipalities and environmental organizations over the latest changes, outlined in a section of the omnibus Bill 229 that was passed Dec. 8.

Seven members of the province’s Greenbelt Council advisory group also resigned en masse earlier this month in protest of the bill. An eighth member quit when the legislation passed.

Ontario Green Party Leader Mike Schreiner said in a statement that the formation of the working group is “ironic” and an “attempt at damage control.”

“Ford should have set up the working group before gutting the ability of conservation authorities to protect us from flooding,” he said.

The Tories say the law makes conservation authorities more streamlined and transparent. But critics say the rewritten rules undermine the agencies’ ability to protect vital waterways and ensure development in floodplains is done safely, pointing to one amendment that would force them to approve developments if the government issues a special type of land zoning order.

While the bill made broad changes to the powers of conservation authorities, some of those changes reference regulations about which the working group will advise the government. Those regulations will define how the changes in Bill 229 are implemented.

“My interest was to have a seat at the table at this very critical stage,” Basit said in an interview Wednesday.

Amid backlash over a controversial bill that gutted conservation authorities’ powers, the Ontario government is appointing a working group to advise it on how the changes should roll out. #onpoli

“If we’re all here to serve Ontarians... it makes a lot of sense to sit around the table and figure out how best to do that.”

Kim Gavine, the general manager of Conservation Ontario ⁠— a group representing all 36 of the province’s conservation authorities ⁠— said her organization welcomes the news.

“We need to move forward,” she told Canada’s National Observer in a phone interview.

Keith Brooks, a program director at the green non-profit Environmental Defence, said it’s interesting that the government managed to get an official from a conservation authority on board, but that he felt cynical about whether the government would listen to the working group’s advice.

“They’re trying to patch the boat they already torpedoed,” Brooks said. “I guess we’ll have to see how that goes.”

The government said it would announce the other members of the working group “in the coming weeks.”

Basit told Canada's National Observer that the structure of the working group is still being finalized, but that it would mainly involve input from conservation authorities. Other stakeholders, like developers, agricultural groups and environmental organizations may also be involved through one or several subcommittees, he added.

“It’s my understanding that those stakeholders will be at the table in the appropriate subcommittee or subcommittees,” he said.

The government said it will also consult the public on the draft regulations once they're finished in early 2021.

In his statement, Yurek also thanked Basit for helping to “inform” a set of last-minute amendments that were added to Bill 229 a few days before it passed, calling it a “positive and constructive dialogue.”

That set of amendments was controversial — former Greenbelt Council chair David Crombie has said made they made the legislation “worse.” ⁠

Basit said he and other conservation authorities worked with the government to get some amendments that they felt were positive. For example, one tweak allowed the authorities to continue to have the ability to appeal municipal planning decisions, something the original version of the bill had taken away.

But Basit said he remains concerned about other sections, including one that would compel conservation authorities to approve certain developments.

“We didn’t get everything we wanted. We still have concerns,” he said.

“Being at the table is the best way to highlight things that are not working... It all starts with having a good dialogue and having a productive partnership.”

my best hope is that the

my best hope is that the backlash must have been enormous. I told everyone I know, Toronto Star published lots of good info on it, I signed petitions, wrote letters to Doug Downey my mpp ----cant imagine what folks really invested in conservation -- like seed keepers, bird watchers, serious hikers and canoers, etc did. they must have gone really ballistic. THANK YOU ALL!!!

I see this committee as a fig leaf over a step back, bcs doug and the destroyers know they've crossed an electability threshold here with this smashing of a system of protection that no one but greedy developers objected to .
SMASH AND GRAB is the modus operandi of doug and his destroyers. They object fundamentally to a functioning government program: "weaken and destroy "was their marching orders from the corps who pushed this oaf forward as our "leader".
Dougie does as told and gets to wreck revenge on anyone who has blocked his family over the decades. He probably has a secret wall with red x es through the faces of enemies he's now gotten revenge on .

too bad for him that even rich conservatives worry about their vacation properties flooding, stinking from algae or burning to the ground from neglect of the environment, and have the sense to understand good governance matters for their comfort. If they're pissed, Dougie's in trouble..
best case scenario now is Doug and co. hold this wicked attack on all living systems for immediate profit in their pocket like the final granting power to Charles Mcvity's university giving out degrees in "science". (hahahah)

Just remember, "Nature never repeats itself." What man disposes can never be restored to its former natural state. Nature can repair but nature has to adapt to prevailing local conditions and if those conditions make it impossible for nature to operate properly we wind up with natural dysfunctional lands and waters. Junked terrain.

To understand this kind of

To understand this kind of stuff, there are two options. One is to get embroiled in the myriad details of what is being done from a political perspective. The second, and far more useful method is to seek out the money. Who stands to gain? Who stands to lose? Without going too far into it, I suspect there are developers who have lobbied successfully to ensure that in a year or so when the dust has settled, their applications to develop in previously unavailable areas will be approved.