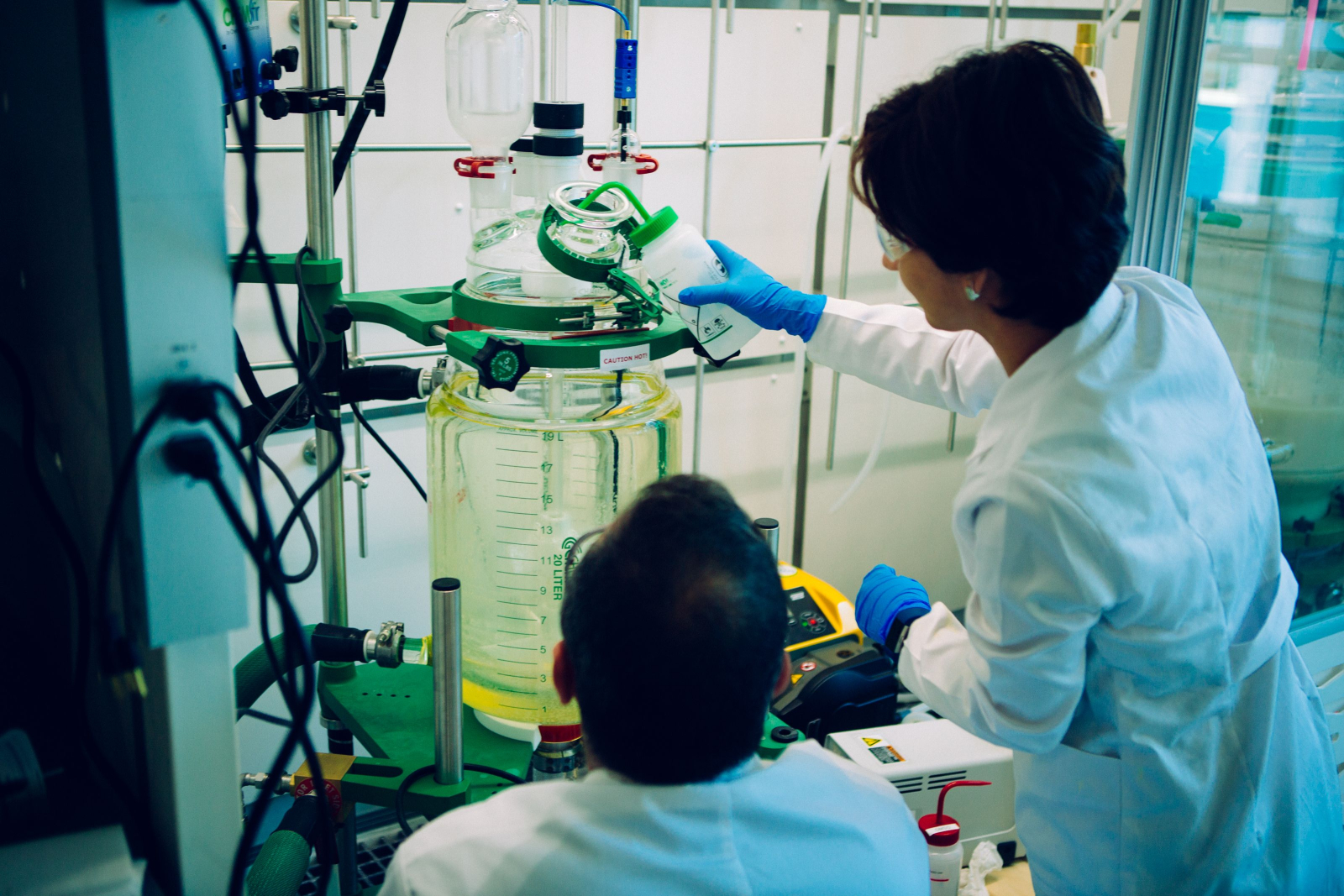 The chief executive officer at Ionomr Innovations, an advanced materials firm on the University Endowment Lands, said the federal government’s release of the Hydrogen Strategy for Canada “elevates our position” in more ways than one.

“It provides us with clarity that we have a federal government that’s behind a mandate to drive forward to green hydrogen,” said Haberlin in an interview, referring to hydrogen produced from renewable energy and not fossil fuels.

“Hopefully, this will allow the federal government to help us drive Canada, and facilitate the growth of us, as well as tangential organizations and the supply chain for hydrogen.”

Natural Resources Minister Seamus O’Regan released the 141-page document Wednesday that envisions turning Canada into a global supplier of hydrogen, which can be used in fuel cells that don’t generate carbon pollution as exhaust the way gasoline or diesel engines do.

O’Regan said the government was creating a $1.5-billion “low-carbon and zero-emissions fuels fund” that would “increase the production and use of low-carbon fuels, including hydrogen.” The government considers hydrogen a “key part” of its path to net-zero emissions by 2050.

The strategy states that global demand for hydrogen is rising, and the worldwide market is expected to reach $2.5 trillion over the next three decades, representing a $15-billion export potential for British Columbia alone.

The province is home to the majority, 51 per cent, of hydrogen and fuel cell facilities by region, with Ontario in second place at 18 per cent and Quebec in third with nine per cent, according to the strategy.

The federal government released a strategy on Wednesday that envisions turning Canada into a global supplier of #hydrogen. #cdnpoli

B.C. companies like Ionomr, which produce special membranes and polymers used in fuel cells, hydrogen production and other applications, could benefit from the strategy’s suggestion of turning the province into a hydrogen “export hub.”

“I think B.C. will jump on it,” said Haberlin of the growth potential for hydrogen in the province.

He said so far, attention has been focused on Alberta, which has tried to “take the bull by the horns” when it comes to a hydrogen economy.

Alberta’s Industrial Heartland Hydrogen Task Force, led by the mayors of Edmonton and Fort Saskatchewan and Sturgeon, Strathcona and Lamont counties, has been advocating for a hydrogen economy to be based in the region.

Locking Canada into ‘a future of fossil fuel use’

Most of the hydrogen in Alberta is made from natural gas through a process that mixes methane with steam and a catalyst under high pressure. That process generates 18 megatonnes per year of carbon pollution, the task force found.

Industry and government officials say this process can be modified to capture and store the carbon being emitted during hydrogen conversion. They say the captured carbon can then be used to extract more oil from depleted reservoirs.

“Whether our hydrogen is produced from natural gas or other sources, we are in a strong position to supply the next wave of innovation in heating, transportation and electricity generation with Alberta-made, clean-burning hydrogen,” said Dale Nally, Alberta’s associate minister of natural gas and electricity.

The federal strategy discusses all of this in detail. “Canada is the world’s fourth-largest producer and sixth-largest exporter of natural gas,” it proclaims.

“Hydrogen production from natural gas offers a unique opportunity to leverage Canada’s vast gas reserves to produce a low carbon intensity energy carrier while other production technologies are being scaled.”

All of this has many environmental groups worried.

Alberta sources most of its natural gas from hydraulic fracturing, or fracking, which has been scientifically linked to elevated levels of methane in the atmosphere, a potent greenhouse gas.

The carbon-capture technology that the strategy relies on also remains an expensive undertaking, and construction is still seen as high-risk by the energy sector, already facing serious economic circumstances.

And even if there does end up being mass deployment of carbon-capture technology to produce hydrogen from natural gas, there still remains the issue of methane leaking from oil and gas equipment, which it does in much higher amounts than previously thought.

While other countries are moving to invest in hydrogen derived from renewable energy sources, “a focus on fossil hydrogen only serves the interests of the oil and gas sector as they seek to create new markets for their products,” said Levin.

“This strategy will lock Canada into a future of fossil fuel use,” she said.

“We’re in the middle of a climate emergency — what’s needed is strong leadership to move us away from dependence on the dirty oil, coal and gas fuels that are causing this crisis, in a way that fairly respects workers and communities in these sectors.”

Environmental Defence is not alone — in November, 27 organizations urged the federal government in a letter to focus on hydrogen derived from renewable energy sources.

But the government says a hydrogen economy has the “potential” to reduce annual greenhouse gas emissions by up to 45 megatonnes per year by 2030.

The strategy also says converting natural gas into hydrogen with carbon-capture technology would reduce the “carbon intensity of the resulting fuel” by about 90 per cent.

O’Regan said the strategy would also be “complemented” by the government’s clean fuel standard, which it hopes will incentivize low-carbon fuels.

“Hydrogen’s moment has come. The economic and environmental opportunities for our workers and communities are real,” the minister said in a statement.