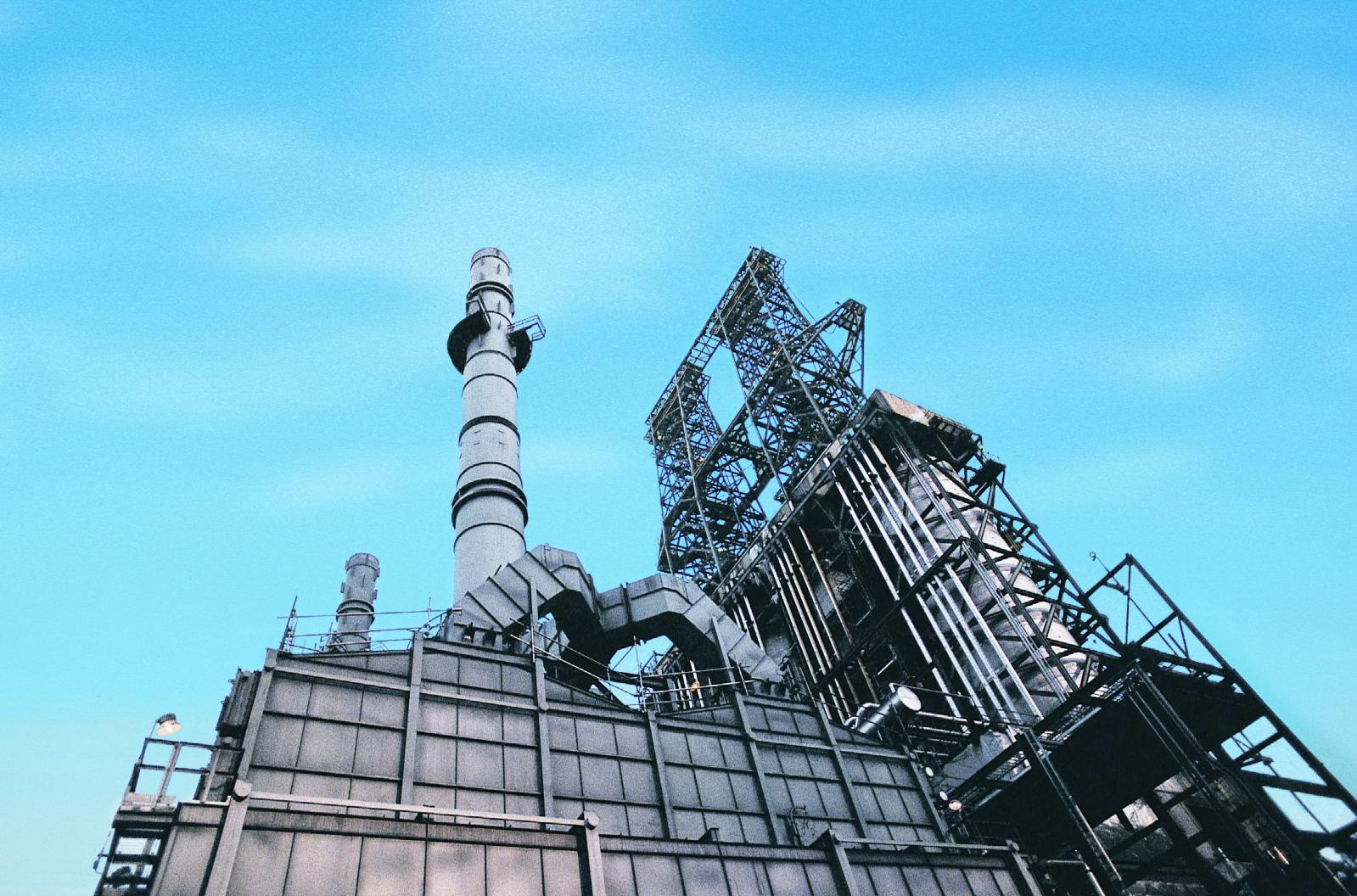 Suncor oilsands plant, featuring petroleum coker towers, in 2010. Suncor has proposed replacing its coke boilers with natural gas in order to cut emissions, but has suspended the project and is now asking for government support. Photo from Suncor
Previous story
Next story

The oil and gas industry “likely won’t meaningfully reduce” its carbon pollution this decade without more government funding, according to a new Royal Bank of Canada report.

There are projects already in operation in Canada that capture and store the carbon dioxide emitted from industrial facilities, which have already received government support.

But RBC economist Colin Guldimann said in a Nov. 25 report that much of the technology is still “costly” and “high-risk” during construction, and can also have lower returns than typical fossil-fuel-sector projects.

Add to this the fact that Canadian oil and gas producers are already facing severe economic circumstances, he wrote, raising long-term capital has been a “challenge,” while oil companies have “lost significant value in the last 15 years,” largely due to the oil price crash.

Firms have also had to deal with the pandemic-related economic slowdown this year, and must confront changing oil demand forecasts and “questions from investors about environmental sustainability” as the world moves toward a low-carbon future, especially with Joe Biden elected as U.S. president.

All of this means firms could “prioritize core operations” over pollution-cutting endeavours, said Guldimann.

“Promising though carbon capture and storage technology might be, it’s incredibly expensive at the moment,” he said in an interview.

“The real problem is that so much of these technologies are viewed as non-economically viable ... many of these projects just don’t have a clear source of cash flows or revenues.”

The report says oil and gas companies and other major emitters “will not invest in these (carbon capture) projects if they do not meet return thresholds, particularly if they continue to be capital constrained.”

“The most trade-exposed industries, like oil, gas, metals, and cement, likely won’t meaningfully reduce or abate emissions this decade without public support, given the high capital costs of abatement,” it continued.

The oil and gas industry "likely won’t meaningfully reduce" its carbon pollution this decade without more public money, says an RBC report. But one oilpatch CEO says any focus on carbon capture ignores the "low-hanging fruit" of methane emissions.

The oil and gas sector has already slashed $12 billion this year in planned capital investments, said Guldimann. He said part of that is related to projects that focus on cutting emissions.

One example is Suncor’s $1.4-billion plan to replace its petroleum coke boilers with natural gas at its base plant north of Fort McMurray, Alta.

The company said this would cut the carbon pollution it generates from steam production by roughly 25 per cent and cut sulphur dioxide, another air pollutant, by 45 per cent.

But Suncor has suspended the project and is now asking the federal government to “collaborate” on it.

Many oil and gas companies have committed to tackling their emissions, but overall, the oilsands have been a major source of carbon pollution. A request for comment to the Canadian Association of Petroleum Producers was not returned before publication.

Guldimann said there is an opportunity for governments to “spur research and development” in capturing and using carbon, as well as encouraging uptake of these technologies, by providing more capital, loans or tax credits to the industry.

A recent report by the Canada Energy Regulator suggests that carbon capture use and storage could lead to 15 megatonnes per year of sequestered carbon by 2040.

Guldimann’s report estimates that if carbon capture follows the trajectory of wind turbines — costs fall 12 per cent every time capacity doubles — that would mean a $17-billion investment would cut costs by one-third by 2030.

“There’s an opportunity for Canada here because Canadian firms are at the forefront of that innovation ... we don’t want to lose that advantage,” said Guldimann.

Opening the spending taps to fund carbon capture isn’t a new idea: an Alberta report from 12 years ago, for example, called on federal and provincial governments to allocate $2 billion in public funds to leverage “billions of dollars of industry investment.”

One oilpatch CEO argues that any more government investment in capturing carbon dioxide is misguided, because it ignores another greenhouse gas, methane, that is a more potent heat-trapper over a shorter period and has been proven to be a bigger problem for the industry than previously thought.

Audrey Mascarenhas, president and CEO at Questor Technology, noted that methane is 86 times as powerful as carbon dioxide over a 20-year period and is being emitted from the oilpatch at rates that are nearly twice as high as previously calculated.

Her company converts oil and gas equipment to capture methane gas at the source, and she says she can do it at a low cost with proven technology. Tackling a potent greenhouse gas now is “low-hanging fruit,” she said in an interview.

“If you want to have an impact in the next 20 years, at a cost of less than $2 per tonne? That’s what we should be investing in,” said Mascarenhas.

“By trying to do the carbon thing, and putting all your resources into carbon capture and sequestering, you’re missing the opportunity to actually make an impact right now.”

Guldimann’s report does note that “addressing methane emissions in oil and gas production costs significantly less.” He said cutting methane remains a worthwhile pursuit, but it was important to note that methane was only part of overall oil and gas sector emissions.

“While carbon capture is expensive now, investment could make it less expensive,” he said.

More public money to fund fossil fuel companies reducing greenhouse gas emissions? Here's a better idea........stop the subsidies we already give the wealthiest, dirtiest industry on earth........
As far as I know, this is the same industry that was under estimating its methane emissions by 50%....now they've been called on it, they want my tax dollars to help them do what they weren't doing until exposed???

Throwing good money after bad isn't going to save us; transitioning off the noxious greenhouse gas producing industries is a better value for our money....

I have no problem with public

I have no problem with public funds being poured into Alberta's pollution cleanup efforts, as long as the funds originate and are completely contained within Alberta's boundaries. That is the cost of the failure of life cycle, full cost accounting. That reality was designed by the oil industry while it captured and sequestered Alberta government members who dutifully rolled over for a belly scratch with every campaign donation.

The revolving door exchange between industry and government personnel prove that they are often one and the same, and therein a hard sell would be in order if Alberta has to raise taxes to cover the external costs their own policies created.

So much for polluter pay.

So much for polluter pay. Instead it's taxpayers pay. Industry is downloading its pollution mitigation costs onto you and me. And you thought pollution control was part of the cost of doing business? Hah!
Carbon capture and storage (CCS) is perhaps the most expensive and inefficient method to reduce atmospheric CO2. Designed to soak up billions of dollars in subsidies. Especially disingenuous when linked to enhanced oil recovery, which boosts emissions. CCS's main purpose is not to capture carbon but to extend the industry's lifespan. It's a political tool, not a climate sol'n.
CCS does not address emissions at the consumer (combustion, i.e., tailpipe) end, where most emissions occur. Also does not address fossil fuel pollution.
CCS is just another form of predatory delay by industry.

If the goal is to reduce emissions, invest in the solution, not in the problem.
The biggest bang for our climate buck? Definitely not CCS.
AB Carbon Trunk Line: $1.2 billion to store 1.8 Mt of CO2 a year. AB taxpayers coughed up $495 million. Federal taxpayers another $63.2 million. $558 million subsidy for a tiny reduction.
$495 million invested in energy efficiency, transit, building retrofits, and renewables would have been far more effective.
Globally, CCS projects stored 29 Mt of carbon in 2018. On the order of emissions from New Brunswick and Nova Scotia.
Industry is taking taxpayers for a ride.
CCS keeps us on the fossil fuel pathway. The fossil fuel industry is wild about it — provided taxpayers help foot the bill.