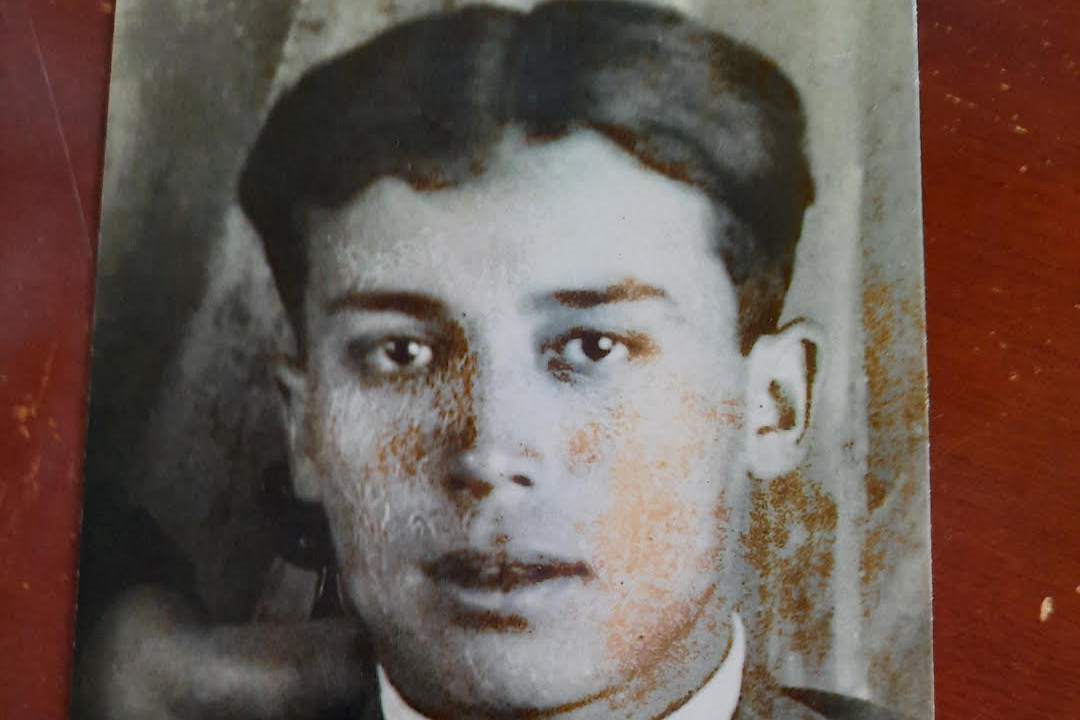 Amos Perreault, pictured here in his early 20s, was an Ojibway man found dead in 1967. Police say he was drunk and fell into the river, recalls grandson Jamie Monastyrski. "I look forward to writing my grandfather’s story." Photo from family collection
Previous story
Next story

I am pleased but somehow still not fully satisfied with Monday’s verdict finding Brayden Bushby guilty of manslaughter in the death of 34-year-old Anishinaabe Kwe Barbara Kentner.

I am happy for her family and reluctantly pleased that the justice system got it right this time, though the sentencing still has to take place, and that will play a large part in whether justice was truly served.

There have been far too many unexplained deaths, cases of unreported violence and incidents of racism in Indigenous lives, and it is time we begin paying attention, seek deserved justice and acknowledge that systemic racism exists and flourishes in this country.

The Crown proved beyond a reasonable doubt on Monday that Bushby intended harm when he heaved a jagged iron trailer hitch out the car window, boasting: “I got one!”

Like many other Indigenous people who have faced and survived anti-Indigenous racism, I watched this case closely knowing that my trauma and some difficult memories may surface from my time in rough-and-tumble Thunder Bay.

When I was 15, I was beaten up by a few older white boys while walking around one night in Thunder Bay with a friend. While my friend was quicker and ran off, I stood to confront the boys in the car that skidded to a stop in a church parking lot. I was asked what nationality I was, and before I could say anything, I was punched in the head from the side, knocking me to my knees. I was then kicked in the ribs to a rousing cheer.

The car sped off, I shook it off and I made my way back to my friend’s home. I was sore and a bit bewildered, but I didn’t go to the hospital or call the police. I wasn’t that hurt and I didn’t know who the boys were. It could’ve been worse, I thought.

The next incident was a little more serious and required stitches and a tearful ride home from my parents. I was 18 then and jumped by three men in a small bathroom in a bar while I stood at a urinal. One man held the door closed while the other two punched and kicked me until I lay dazed and bleeding on the slippery floor. This time, there was no sound, only a slow-motion, muted flurry of fists and feet.

In 1967, my mother’s father, Amos, an Ojibway man who guided the waters of Rainy Lake and whittled toys from wooden scraps, was walking home from a friend’s house after drinking beer and watching a Leafs game on TV. Amos was found dead in the morning along the riverside, beaten badly. According to Ontario Provincial Police reports at the time, he was intoxicated, fell into the river and drowned.

This was common to read in the local northern town newspaper. I know. I researched the newspaper’s microfiche, spoke to my grandfather’s friends and asked my family about those years. Everyone knew the stories and knew people from the reserve who were caught in those same situations.

"There have been far too many unexplained deaths, cases of unreported violence and incidents of racism in Indigenous lives, and it is time we ... acknowledge that systemic racism exists and flourishes in this country." #TRC #histed #reconciliation

As a reporter, I wanted to tell my grandfather’s story and understand more about the investigation, but there wasn’t any data or reports on race-related crimes for the region. I looked and, in fact, I even called the retired OPP sergeant who was on duty that night. He couldn’t recall the situation, the name or the report. Some family members told me to “let sleeping dogs lie.”

Flash forward to the late 1990s, when I was working in Rapid City, S.D., for a national American Indian newspaper when the local police force started pulling bodies out of the Rapid Creek, all of them American Indian men, mostly homeless.

From 1998 to December 2000, there were 11 unexplained deaths in Rapid City, most involving American Indian men. Joint investigations by the Rapid City Police Department and the local county sheriff’s office found no signs of foul play and deemed the cases not worth pursuing.

It was during the hearings of the United States Commission on Civil Rights that same year in Rapid City and resulting reports that helped raise awareness of racism and perceptions of unfair treatment by the police department and the overall justice system. It also sparked much discussion from citizens from the surrounding reservations who finally had the opportunity to speak on the record.

There were familiar themes that reminded me a lot of Thunder Bay and my family history. One woman reported that on many occasions, white teenagers would shoot their pellet guns at American Indian pedestrians while driving around town. City leaders denounced what was happening while condoning such behaviour.

The seven First Nations youth who died between 2000 and 2011 while attending school in Thunder Bay were front of mind during this case. So were the endless unsolved missing and murdered Indigenous women (MMIW) cases, of which the RCMP and regional police forces classified many as unsolvable.

There has always been a deep disconnect between the justice system and Indigenous Peoples. We know this too well. We know, for instance, that the RCMP was created for a specific purpose: To assert sovereignty over Indigenous people and their lands. The RCMP’s job was to clear the new lands of Indigenous people and move them onto specified plots of land whether they liked it or not.

Next came the Indian Act, which made use of the RCMP to forcibly remove children from their families to be placed in Indian residential schools that were rife with torment and abuse.

So, yes, there has always been a historical belief that half-assed police work, racist attitudes and an overall inadequacy investigating the deaths of Indigenous people existed. Police watchdogs, human rights groups and reports such as the National Inquiry into Missing and Murdered Indigenous Women and Girls have all reported on so many problematic issues with investigations that it recommended most cases be reopened. As was the case with the 2018 report by the Office of the Independent Police Review Director that examined allegations of racism in how the Thunder Bay police force investigates the deaths and disappearances of Indigenous people.

My grandfather’s death was an open-and-shut case, with no investigation. The seven youth found in the rivers in Thunder Bay are closed cases, with recommendations to reopen. There has been no movement in South Dakota on the unsolved cases there. And the families of missing and murdered Indigenous women are still seeking answers.

The people who are affected by anti-Indigenous racism — whether it’s a kick in the ribs, a snide remark or a not guilty verdict — need to know that we aren’t living in a country where someone can get away with murder based on the victim’s race. I am sorry, but I won’t let sleeping dogs lie. I look forward to writing my grandfather’s story and know full well that justice may not be served for him or my family, but it may just help me and others find enough satisfaction to keep us content.