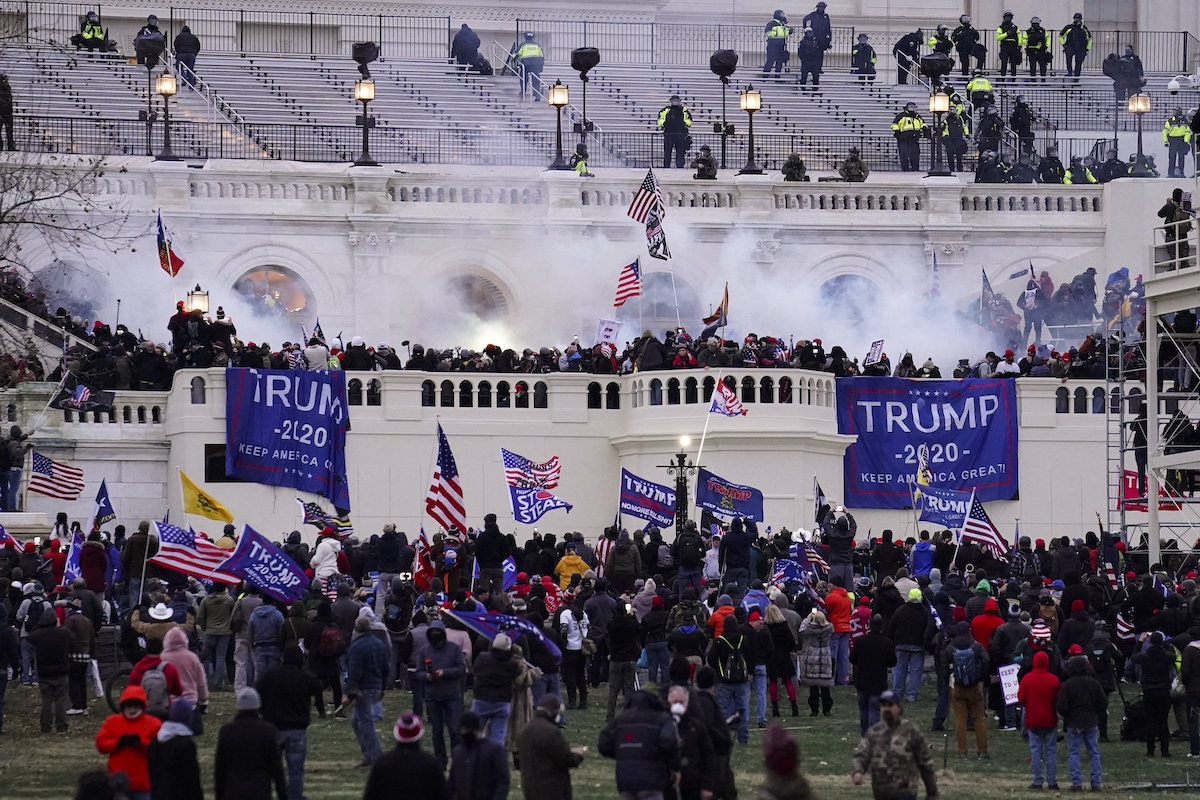 A hundred years from now, people will write about the day a mob disrupted the Congressional confirmation of president-elect Joe Biden in 2021. To write about it now seems premature, although we all know the key players and villains.

If the least surprising thing in the world is that a mob of Trump extremists would storm the U.S. House and Senate as they met to confirm the president-elect, the most shocking was that it would be so easy.

This was the most abysmal, inexcusable and humiliating security failure in living memory, on a day that everyone saw coming for months.

Before a stunned world, Donald Trump's thugs seamlessly broke every line of defence, chased security guards through corridors and stairways, forced their way onto the very dais of the Senate and House chambers, then ransacked the offices of Nancy Pelosi and others. They scaled exterior walls and hoisted a Trump flag outside Senate offices.

One video appeared to show Capitol police opening barriers and letting rioters through, though it's unclear who moved the barricade. In other footage, an officer was taking selfies with rioters. The New York Times reports one officer, when asked why the invaders were not expelled, declared: "We’ve just got to let them do their thing now.”

After hiding under desks, the staff and leaders of the nation, congressional representatives, senators and even the vice-president of the United States of America fled to safety, as a silent president watched approvingly on TV.

Utter confusion reigned for hours. No one knew whether or when the National Guard or other reinforcements would arrive. Late in the evening, New York Times reporter Maggie Haberman tweeted that, after Trump's initial refusal to act, White House officials had to intervene to mobilize the National Guard. All these forces should have been mobilized at least 24 hours earlier.

In the end, although one woman was shot and killed and three others died from medical emergencies, a mere 26 rioters were arrested, most of the others were escorted peacefully out of the building.

Books will be filled about the stark contrast between these rioters and the treatment accorded Black Lives Matter demonstrators last year, but few will do a better job than Joy Reid's two-minute monologue on the afternoon of the event.

As an uncertain night fell, the nation stood shaken and exhausted.

But first things first: How did policing in the most secure precinct on the planet fail so catastrophically? How did this day ever happen at all? @Garossino

There are so many things to say, so many questions to ask. There is an overwhelming sense that much more will come to light about this day very soon. None of it good.

From the day of his defeat, it was inevitable that Trump would end in bitter isolation with the extremist loyalists he craves. How could it have escaped GOP lawmakers that they would ultimately wear the violence he incites on a daily basis? No longer.

But first things first: How did policing in the most secure precinct on the planet fail so catastrophically?

How did this day ever happen at all?

An earlier version of this piece described a video showing Capitol police opening barriers to let rioters through. It's unclear who moved the barricade.

I have long been saying that

I have long been saying that the United States is imploding before our very eyes -- and all the more visibly to those of us who live outside its borders. What a sh!tshow. May T**** be arrested for sedition and treason the moment he steps outside the White House -- and be locked away for at least as many years as they threatened to lock away Assange.

You've got to call this what

You've got to call this what it is: sedition, insurrection, and vandalism. Participants should be detained, charged, and tried accordingly.

Regarding the security forces, "This was the most abysmal, inexcusable and humiliating security failure in living memory, on a day that everyone saw coming for months." When an organization (Capitol Hill security) fails this abjectly and pervasively the only way to address the problem is to fire everyone and start up a whole new organization; anything less inherits the corrosive culture that made this possible. Criminal (abetting vandalism and insurrection) and tortious (negligence and gross negligence) charges should also be considered.

Civil and criminal consequences must apply to the proximate cause of this event: inflammatory vitriol allowed by the GOP and by the current administration. Anything less is a failure of the rule of law.

I'm distressed. Trump has taken the system that is built on rules and agreements and shaken it like a terrier shakes a doll. He has ensured that anyone defending democracy must call his base out, and that will require string and drastic action. He has won. America as we knew it is lost, for better or for worse.