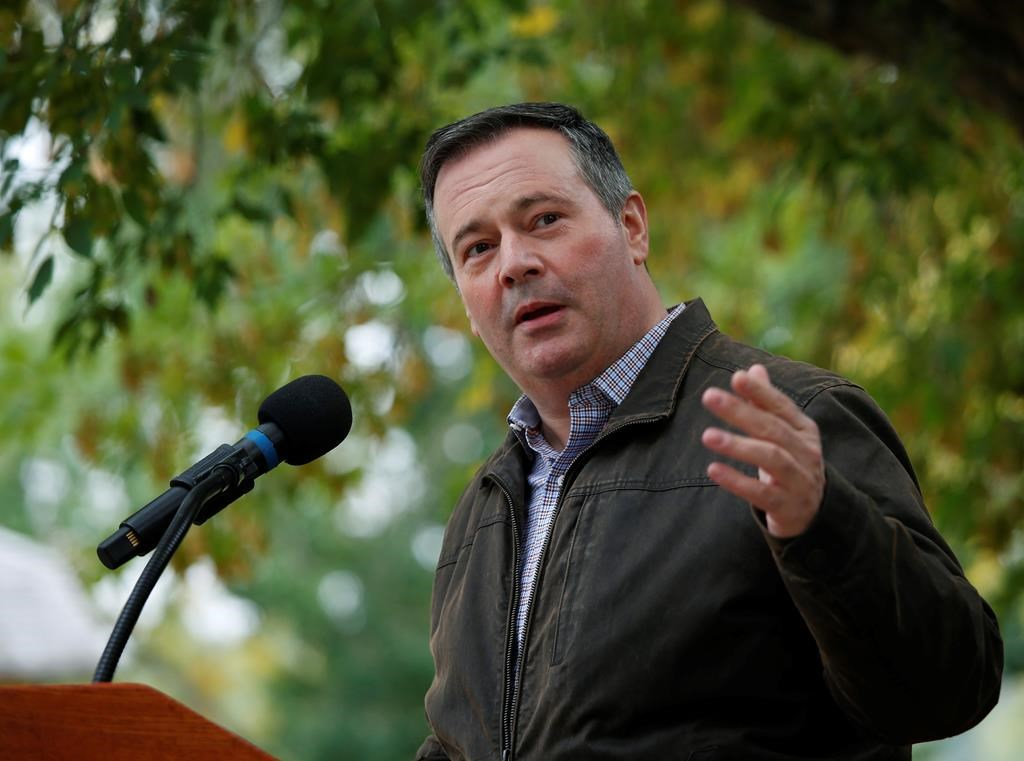 Alberta Premier Jason Kenney says cancelling the Keystone XL expansion risks a dangerous precedent for other pipelines stretching from Canada to south of the border.

“I’m not sure that people involved in this decision in Washington are fully aware that the border-crossing section of the pipeline was built last year as part of construction efforts,” Kenney told a virtual news conference Monday.

“If a precedent is created that the United States can unilaterally stop border crossings of pipelines that already exist, then this could be applied to the many other pipelines that provide Canadian energy to U.S. consumers.”

Documents seen by The Canadian Press show Joe Biden plans to scrap the Keystone XL expansion on his first day as United States president. He is to be inaugurated Wednesday.

Alberta is relying on the line's expansion to get more crude to U.S.-based refineries and ports where it can fetch a better price on world markets. A downturn in oil prices, exacerbated by the COVID-19 pandemic, has contributed to major job losses in the province and a budget deficit predicted to hit $21 billion this year.

Alberta has invested $1.5 billion directly to TC Energy Corp. for the Keystone project along with contractual commitments of $6 billion more in loan guarantees

Kenney said if the project is scrapped, Alberta taxpayers are on the hook for about $1 billion.

He also said his United Conservative government may pursue damages through the courts, given some of the cross-construction that it helped finance has been completed.

Keystone XL has been an on-again, off-again proposition for years.

The US$11.5-billion line was approved by Canada in 2010, but blocked in 2015 by then-U. S. president Barack Obama, only to see the construction permit signed in 2017 by Donald Trump after he was elected to the Oval Office.

TC Energy Corp. promised Sunday to invest US$1.7 billion on a solar, wind and battery-powered operating system for the pipeline to ensure it achieves net-zero emissions by 2030. The company also said it would rely exclusively on union labour.

Kenney said the environmental and economic arguments deserve a hearing from Biden. He noted that after Biden won last November’s election, he talked to Prime Minister Justin Trudeau and they promised to discuss energy issues.

Kenney wants to see that happen, because Canada is "the most important ally and trading partner of the United States.

"The United States government owes Canada the respect to at least sit down with us and talk about this vital project in the broader context.”

Biden has been clear in the past about his opposition to Keystone as part of a larger mandate to combat climate change. In May, his campaign said cancelling Keystone would be a priority of his administration.

Alberta Opposition NDP Leader Rachel Notley said, “It’s clear that Jason Kenney is now swinging wildly at anything and everything to distract from his failure on Keystone XL. He’s threatening lawsuits while also pleading with the U.S. to let KXL proceed.

“We now know at least $1.5 billion dollars has been put at risk, but it will likely be more. I can’t help but wonder how this money could have been better spent on new renewable energy projects and sustainable jobs."

Kenney probably prefers this to discussing the rest of his failures as premier.