Disillusioned, but tempted by another political fight 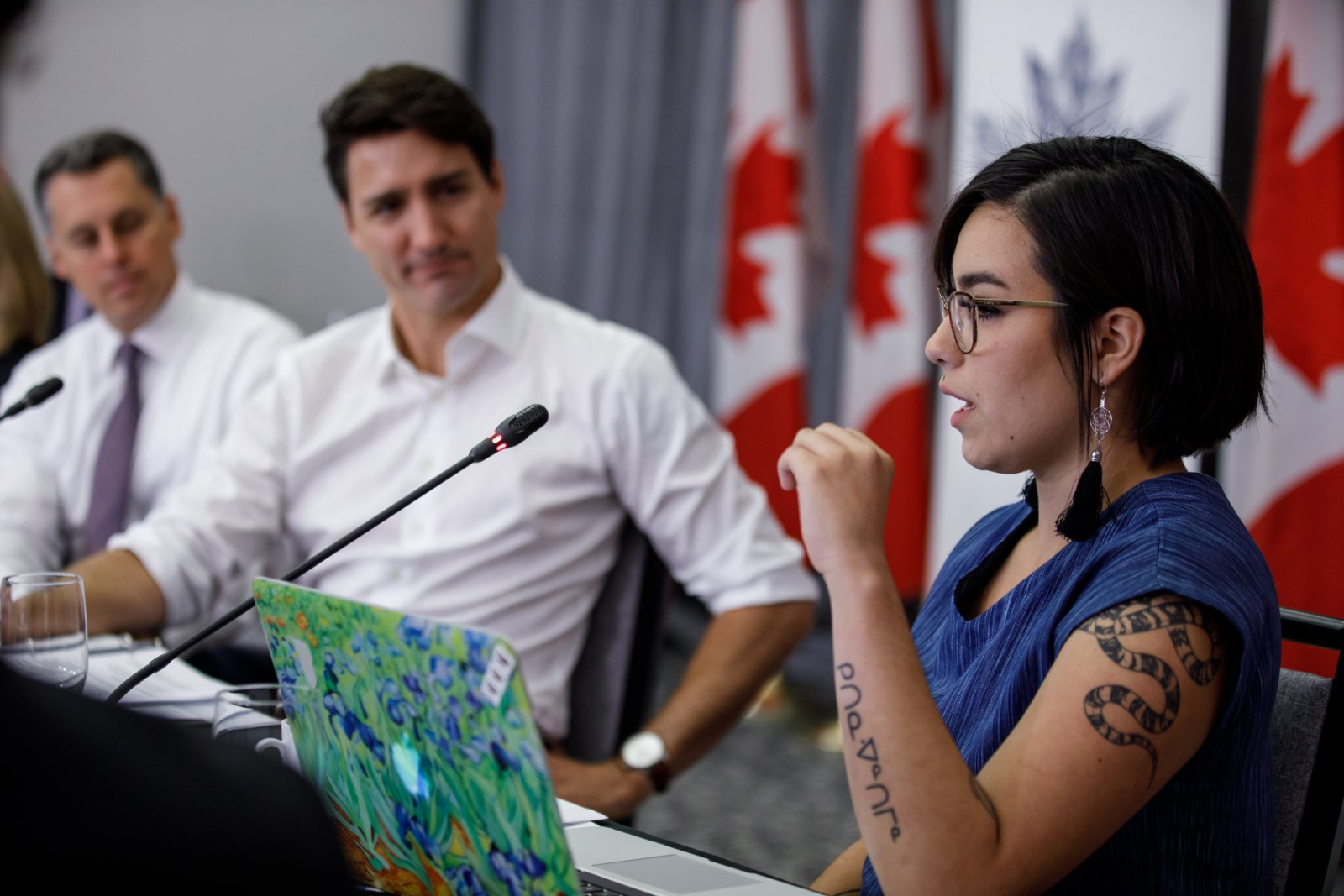 Riley Yesno has grown disillusioned with the political process of reconciliation after years of words from the Trudeau government. Photo supplied by Riley Yesno
Previous story

Riley Yesno once thought Justin Trudeau could use parliamentary politics to effect great change on Indigenous issues, but says she ended up disillusioned with the prime minister and the whole process as nice words about reconciliation were not followed by concrete actions.

She is now writing a book about how her generation has responded to reconciliation’s disappointments — on display just before the pandemic hit when police stormed Wet'suwet'en camps opposing resource development and ensuing solidarity blockades of railways and ports across the country — by leading some of its alternatives.

“Canada had this really cool opportunity to build something new with a whole new generation of Indigenous people without all of that systemic baggage, but instead, Indigenous youth are leading the ‘Reconciliation is dead’ movement,” said Yesno, who is finishing up her undergraduate degree in Indigenous studies and political science at the University of Toronto and has been invited to jump to a PhD program there.

But she is now weighing whether to enter politics herself, no longer viewing it with wide-eyed optimism about its transformative potential but instead as a front-line harm reduction mechanism.

Yesno, a young Anishinaabe woman from Eabametoong First Nation who grew up in Thunder Bay, Ont., said the dogged push from the provincial government of Premier Doug Ford to develop the nearby Ring of Fire mining region is a “particularly harmful and violent force” that must be opposed.

She’s considering an invitation from the Opposition NDP to seek their nomination to run as a candidate in 2022 but says she is conflicted on whether to do it.

“It's a very complicated relationship with the government and politics,” she said, adding that she’ll decide by June. “It's not as straightforward or easy a decision as I think maybe they were expecting it to be.”

Riley Yesno is a leading voice of the first post-residential school generation, and the young Anishinaabe activist says many of her peers are moving beyond broken promises about #reconciliation. #Indigenousrights #cdnpoli

“I became quite disillusioned with it quite quickly,” she said. “I found there was a lot of violence and problems and anti-Indigeneity within the prime minister's council itself, which ultimately led to me quitting as well as walking out of the House of Commons.”

She says she is good friends with NDP MPP Sol Mamakwa and would enjoy working with him and other allies in the legislature, “but I’ve also seen how much being there has taken a toll on him, so it’s also a little bit of a cautionary tale.”

Yesno said it is natural that Indigenous youth are playing an important role in the Land Back Movement and other actions demanding a government response, in part because they have always been valued as leaders and change makers in their communities.

“That's why they are empowered to make decisions and to do things like go stand in front of that train. Get involved if you have something you want to say, you're supposed to be doing it, that’s why you’re feeling that way,” she said.

“Youth are very energetic and awake and there,” she said. “I think that they have a really integral role in shaping the Indigenous affairs landscape generally across Canada and the environmental landscape.”

Five years after call to add Indigenous rights to citizenship guide, nothing