Should we tax international flights to raise climate funds for poor countries? 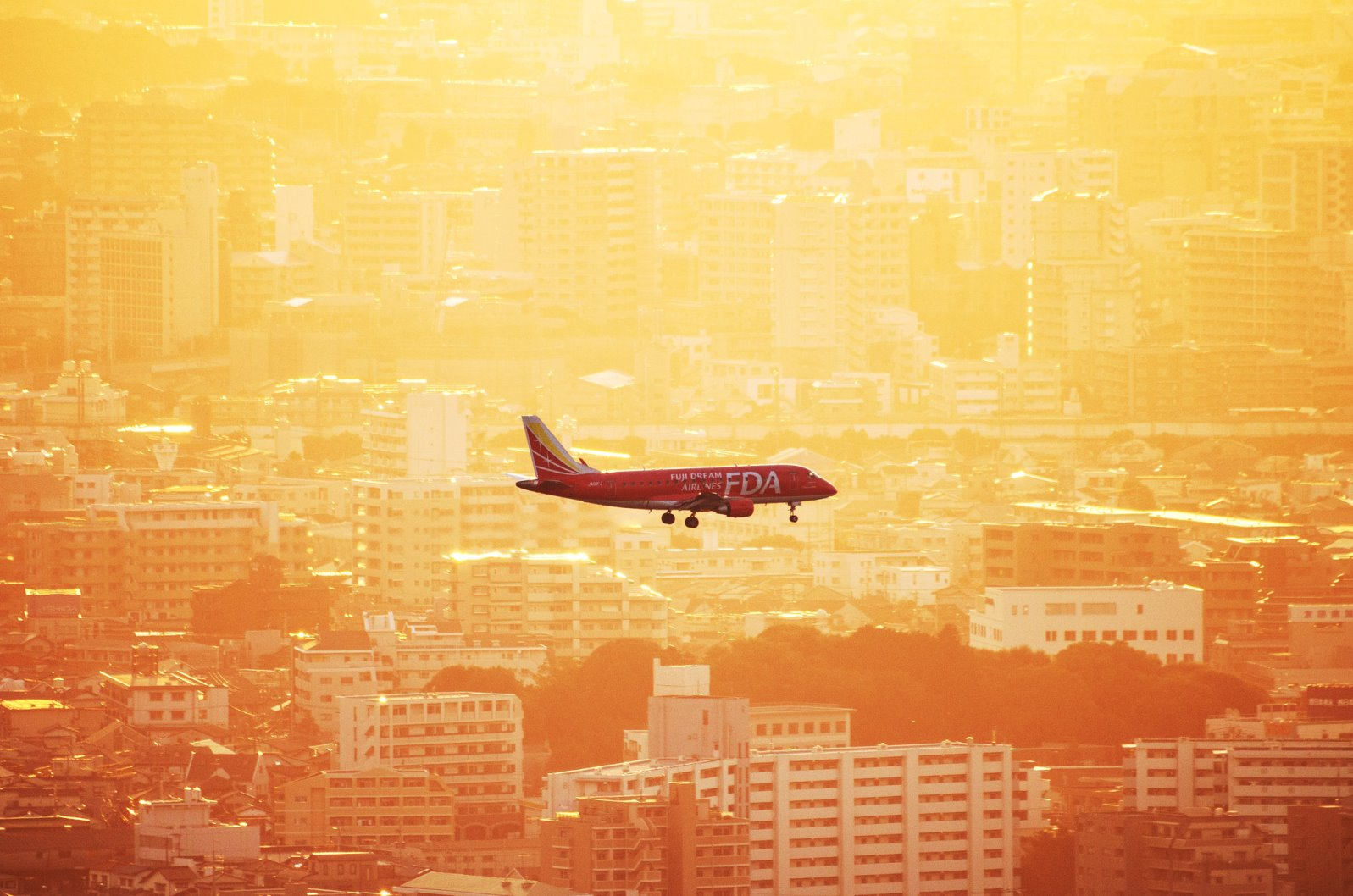 The experts say charging levies on international flights and ship fuel could provide a steady stream of climate finance to the countries that need it. Photo by tsuna72 / Flickr (CC BY 2.0)
Previous story
Next story

Taxes on international transport could provide new flows of finance to developing countries to help them reduce greenhouse gas emissions and cope with the impacts of climate breakdown, a group of climate finance experts have said.

Rich countries are failing on their pledge to provide $100 billion a year to help poor countries cope with the climate crisis, and the way in which climate finance is organized needs urgent reform, the six academics argue in an article in the journal Nature Climate Change.

They warn that the methods of accounting for climate finance are deeply flawed, and that failing to reform the system would undermine the trust of developing countries in the Paris Agreement.

Romain Weikmans, a co-author of the Nature comment and fellow of the Free University of Brussels, said: “There is not a clear accounting system. The definitions of what constitutes climate finance are vague, and there are many flaws and discrepancies. It is impossible for now to say whether the $100-billion pledge has been met or not. The parameters are so vague that it is impossible to give a definitive answer.”

The group of six experts — from the U.S., Europe and Bangladesh — call for clear rules on what counts as climate finance. They also suggest that the needs of developing countries should be assessed and plans drawn up for how to meet them, through a global mechanism that would provide longer-term certainty than the current system of ad hoc allocations made each year by rich countries.

They say charging levies on international flights and on bunker fuels — high-carbon fuels used by ships — could provide a steady stream of climate finance to the countries that need it. Emissions from international aviation and shipping are excluded from countries’ emissions tallies under the Paris Agreement, so there are limited ways at present of encouraging their reduction.

The pledge that $100 billion from public and private sources would flow to poor countries each year from 2020 has been a keystone of international climate talks since 2009.

Last year marked the deadline for the pledge’s fulfilment, but because of a time lag in reporting finance, data on how much finance was provided in reality will not be available until next year. Multiple sources suggest the funding provided fell short of the pledge.

The UN secretary general, António Guterres, told the Guardian in December that failure to meet the pledge would be a serious stumbling block to success at COP26, the UN climate talks due to take place later this year. He urged developed countries to increase their efforts to meet the target this year and provide assurances for developing countries for the future.

No formal decisions on climate finance will be made at COP26, but countries are expected to take the first steps towards a renewed finance pledge to be made formally in 2025, which would increase the flows of investment to the poor world. Such a move is seen as essential to the continued back of the developing world for the Paris Agreement.

Weikmans said COP26 would provide an opportunity for governments to discuss better mechanisms for accounting for climate finance, which should be made clear and transparent.

He said the pledge on climate finance should be measured against the vast flows of finance each year that tend to increase greenhouse gas emissions, such as fossil fuel investments. “The vast majority of international finance is not climate-compatible,” he told the Guardian. “A big question is how much finance is not compatible with the Paris Agreement. That whole part of the investment landscape needs to be completely transformed.”

Climate finance serves two purposes: helping poor countries take action to cut their emissions, for instance through investing in renewable energy and phasing out fossil fuels; and helping them cope with the impacts of climate breakdown, which few have the infrastructure to withstand.

Global emissions were on a rising trend before the COVID-19 pandemic struck, so the former is essential to meet the goals of the Paris Agreement, and if poor countries are not helped to adapt to climate change, decades of progress on lifting people from poverty will be reversed.

Guterres has said spending on both aims should be roughly equal, but spending on adaptation lags far behind. Adaptation measures are harder to fund, as private investors can gain a clear return from some emissions-cutting efforts, such as building wind turbines or solar energy, but the benefits to erecting flood barriers or restoring mangrove swamps are more diffuse.

Pick up the pace on combating climate change, Bank of Canada governor says

Tax international travel and the dirty bunker fuel used to transport so much wasteful junk around the planet? Surely a no brainer?

I've been opposed to international vacate ons since I realized the cost such junkets pass on to the planet, and in particular the poor of the planet. Taxing those who want the privilege of jet travel might go part way to restoring the balance.

Building our adaption plans locally, including local manufacturing, food production, and restorative agriculture and silvaculture would be good for all of us. As we learn to live in place more, perhaps the conservation lifestyle common to indigenous communities will infiltrate the more advantaged parts of the world..........and we'll grow old knowing our home places better, loving them more realistically, and standing up to defend them against the depredations of the space cadets who live nowhere and everywhere..........for the short times it takes to extract value from someone else's land base.
Once we stop externalizing the real costs of what our entre proners do, there will be less boom and bust, fewer 'sacrifice zones', and no left over toxins and tailing ponds left behind for the public tax dollar to clean up.

Let's just do it. It's not like we have a choice, if we want a liveable world for our children.