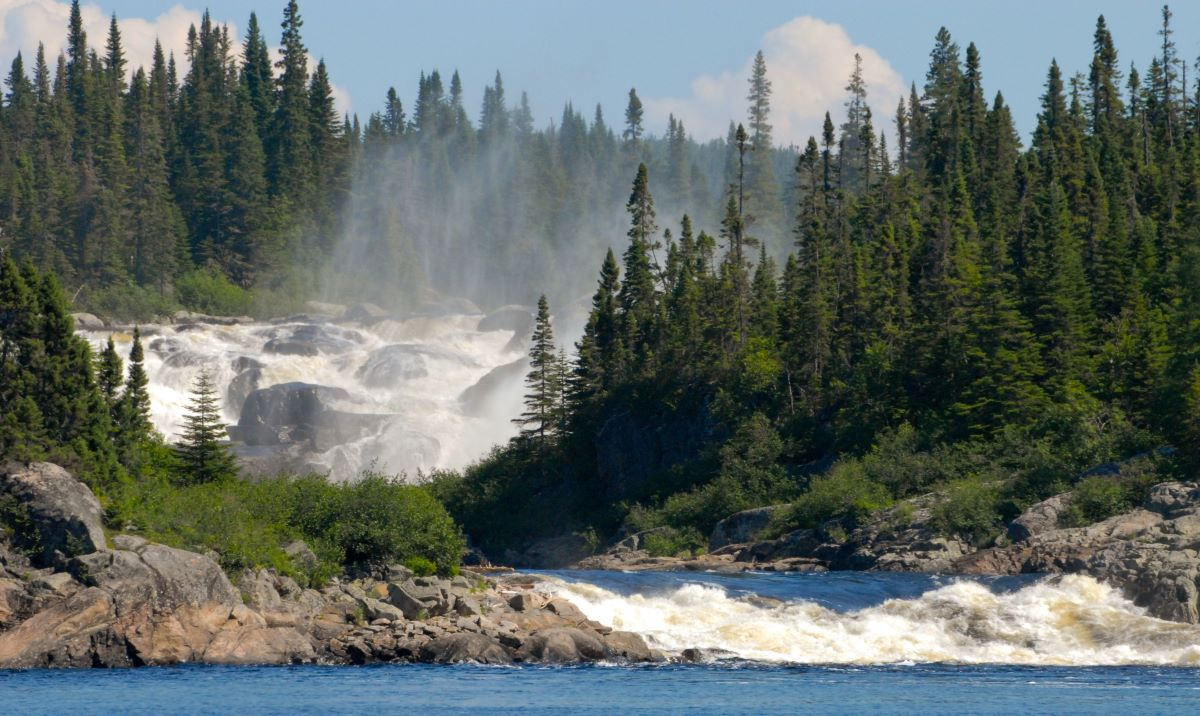 The Magpie River in Côte-Nord, Que., is the first in Canada to granted legal personhood rights. Photo by Boreal River
Previous story
Next story

In a first for Canadians, a river in Côte-Nord, Que., has been granted legal personhood by the local municipality of Minganie and the Innu Council of Ekuanitshit.

The Magpie River, (Muteshekau-shipu in the Innu Coet) is an internationally renowned whitewater rafting site, winding nearly 300 kilometres before emptying into the St. Lawrence. The river has one hydroelectric dam managed by Hydro-Québec, and environmental groups have long sought a permanent solution to protect the river from further disruption.

It is unclear how this will affect attempts to build developments on the river, including dams, moving forward, as legal personhood for nature doesn't exist in Canadian law and could be challenged in court. Minganie, Innu council and several environmental groups — collectively called the Alliance — hope international precedents set in New Zealand, Ecuador and several other countries will help pressure the Quebec government to formally protect the river.

“This is a way for us to take matters into our own hands and stop waiting for the Quebec government to protect this unique river,” explained Alain Branchaud, executive director of the Canadian Parks and Wilderness Society, Quebec chapter. “After a decade of our message falling on deaf ears in government, the Magpie River is now protected as a legal person.”

“This is a paradigm shift,” said Yenny Vega Cárdenas, president of the International Observatory on the Rights of Nature, which drafted the resolutions in collaboration with the Alliance. “In environmental law, as it is now, nature is just an object that humans can exploit at their pleasure. Now we’re recognizing that the river has its own rights; that we’re part of the same ecosystem.”

This move follows a larger trend in environmental movements around the world, most notably in Ecuador and New Zealand. In 2011, a provincial court in Ecuador became the first to legally recognize the rights of nature when they ruled in favour of the Vilcabamba River against damaging road construction. In 2017, the Whanganui River on New Zealand’s North Island was the first in the world to be granted legal personhood.

Jean-Charles Piétacho, chief of the Innu Council of Ekuanitshit, said he was partially inspired after visiting the Whanganui River, which is sacred to New Zealand’s Indigenous Maori. Hearing of their decades-long fight to have the river legally recognized by the New Zealand government gave him hope that Canadians might do the same.

“We are not the owners of the river,” Piétacho said. “The Innu of Ekuanitshit have always been the protectors of the Nitassinan (ancestral territory) and will continue to be so through the recognition of the rights of the Muteshekau-shipu River.”

Despite a 2017 promise from Hydro-Québec that it would not construct any more dams on the river, government emails shared with Canada’s National Observer revealed there remained internal opposition to protecting the river given its potential for future energy projects.

The Magpie River in Côte-Nord, Que., is the first in Canada to be granted legal personhood. #Indigenousrights #nature

When asked pointedly if granting legal personhood to the river would protect it against further destruction by Hydro-Québec, Luc Noël, prefect of Minganie, said with certainty, “There will be no more Hydro-Québec dams on the Magpie River.”

The announcement comes just two months after Quebec inched past its 2020 goal of providing environmental protections for 17 per cent of its natural territory, a number set by the UN Convention on Biological Diversity in 2015.

“The recognition of the rights of nature is a growing global movement, and Canada is joining it today with this first case,” said Vega Cárdenas. Whether this first case will be a success or failure for Canadians remains to be seen.

This is a very important step

This is a very important step and I hope we see more of these declarations in the future. Read The Right s of Nature by David R. Boyd.

The notion of personhood for

The notion of personhood for natural features of our planet is a long overdue, if back assward way of recognizing the integrity and existential necessity of preserving our dynamic planet. Humanity is an evolutionary blot on the life of earth. Until humans accept our subordinate role to the forces of evolution we are bucking cosmic reality and it will whack us into oblivion.

This is a significant advance

This is a significant advance. Articulating these nine specific rights is an important basis for the evolution of law in Canada. • In general: recognition of rights is derived from knowledge of what is required for a person or community to be all that it can be, to be fully itself in relation to others. As this knowledge improves, maturing societies turn these rights into customs, and where needed, laws, about respectful relationships and responsibilities. So it has been for political rights of women, for civil rights, for rights of children, for animal rights. So it is for natural things, including in their ecological relations with humans. • The first eight of the Magpie River's rights are derived from what we know is essential to what the Magpie River is, and to what we know it does: 1) it flows; 2) it has cycles; 3) it evolves; 4) it has natural biodiversity; 5) it fulfills essential functions within its ecosystem; 6) its components function as a whole; 7) it's vulnerable to pollution; 8) it can heal itself and can be helped to heal. The ninth, 9) the right to sue, is its path to respect in a maturing Canadian society.