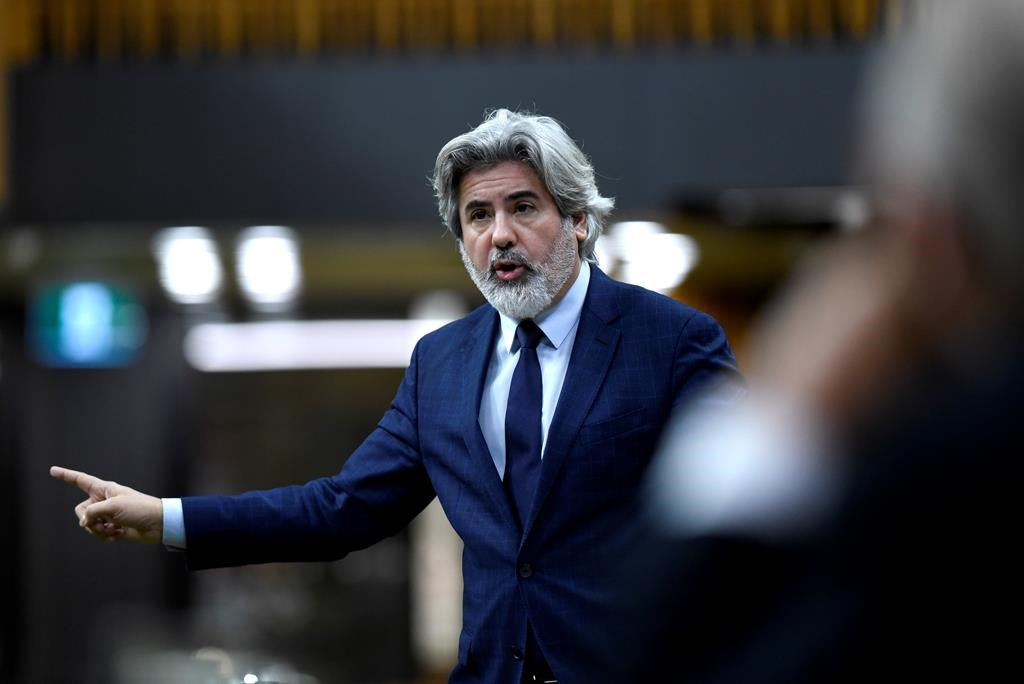 All federal party leaders maintain they don't want an election in the midst of the COVID-19 pandemic but the Conservatives appear to be pursuing a strategy that could give the Liberals justification for calling one.

Liberals are accusing the Conservatives of systematically blocking the government's legislative agenda, including bills authorizing billions in pandemic-related aid and special measures for safely conducting a national election.

The Conservatives counter that the Liberals have not used the control they have over the House of Commons' agenda to prioritize the right bills; other parties say both the government and the Official Opposition share the blame.

"They're playing politics all the time in the House. It's delay, delay, delay and eventually that delay becomes obstruction," the Liberals' House leader Pablo Rodriguez said in an interview.

"It's absurd. I think it's insulting to Canadians and I think people should be worried because those important programs may not come into force ... because of the games played by the Conservatives."

That was forced by a Conservative procedural manoeuvre, upending the government's plan to finally start debate on the pandemic election bill, which contains measures the chief electoral officer has said are urgent given that the minority Liberal government could fall at any time if the opposition parties unite against it.

A week earlier, MPs spent three hours discussing a committee report recommending a national awareness day for human trafficking — something Rodriguez said had unanimous support and could have been dealt with "in a second."

That bill was introduced in December but stalled at second reading, with Conservative MPs talking out the clock each time it did come up for debate. After eight days of sporadic debate — more than is normally accorded for a full-fledged budget, Rodriguez noted — Conservatives finally agreed Friday to let the bill proceed to committee for scrutiny.

All federal party leaders maintain they don't want an election in the midst of the #COVID19 pandemic but the #Conservatives appear to be pursuing a strategy that could give the #Liberals justification for calling one. #CDNPoli

Conservative Leader Erin O'Toole has argued that "modest debate" is warranted on C-14, which he maintains is aimed a fixing errors in previous rushed emergency aid legislation.

Last December, the Conservatives dragged out debate on Bill C-7, a measure to expand medical assistance in dying in compliance with a 2019 court ruling.

For three straight days last week, they refused consent to extend sitting hours to debate a motion laying out the government's response to Senate amendments to C-7, despite a looming court deadline that was extended Thursday to March 26.

Conservatives note they offered the previous week to extend the hours to allow a thorough debate but the government waited five days before tabling its response to the amendments.

For Rodriguez it all adds up to "a pattern" of obstruction aimed at blocking the government's legislative agenda.

Procedural machinations are commonly used by opposition parties to tie up legislation. But Rodriguez argued it's inappropriate in a pandemic when "people are dying by the dozens every day."

If the government held a majority of seats in the Commons, it could impose closure on debates. But in the current minority situation, it would need the support of one of the main opposition parties to cut short debate — something it's not likely to get.

In a minority Parliament, Rodriguez argued, all parties share responsibility for ensuring that legislation can at least get to a vote.

But Conservative House leader Gérard Deltell lays the blame for the legislative impasse squarely on Rodriguez.

"The government House leader has failed to set clear priorities, and has therefore failed to manage the legislative agenda," he said in a statement to The Canadian Press, adding that "my door is always open for frank and constructive discussions.”

Bloc Québécois House leader Alain Therrien agrees the Liberals have "mismanaged the legislative calendar and must take their responsibilities." But he doesn't exempt the Conservatives.

He said their obstruction of the assisted-dying bill and another that would ban forcible conversion therapy aimed at altering a person's sexual orientation or gender identity is "deplorable."

"These are files that require compassion and rigour. It is inexcusable to hold the House hostage on such matters," Therrien said in an email, suggesting that O'Toole is having trouble controlling the "religious right" in his caucus.

As far as NDP House leader Peter Julian is concerned, both the Liberals and Conservatives are trying to trigger an election.

Julian accused the Liberals of bringing forward unnecessary legislation, like the election bill, while "vitally important" bills, like one implementing the United Nations Declaration on the Rights of Indigenous Peoples and another on net-zero carbon emissions, languish.

The Liberals' intention, he said, is to eventually say there must be an election because of "all these important things we couldn't get done." And the Conservatives "seem to want to play into this narrative" by blocking the bills the government does put forward.

Veteran Green MP Elizabeth May, however, agrees with Rodriguez, who she says must be "at his wits' end."

"What I see is obstructionism, pure and simple," she said in an interview.

She blames the Conservatives primarily for the procedural "tomfoolery" but accuses both the Bloc and NDP of being "in cahoots," putting up speakers to help drag out time-wasting debates on old committee reports.

"It's mostly the Conservatives but they're in league," May said.

"They are all trying to keep anything orderly from happening that might possibly let the Liberals say we've accomplished a legislative agenda. Whether the bills are good, bad or indifferent is irrelevant in this strategy."

This report by The Canadian Press was first published Feb. 28, 2021.