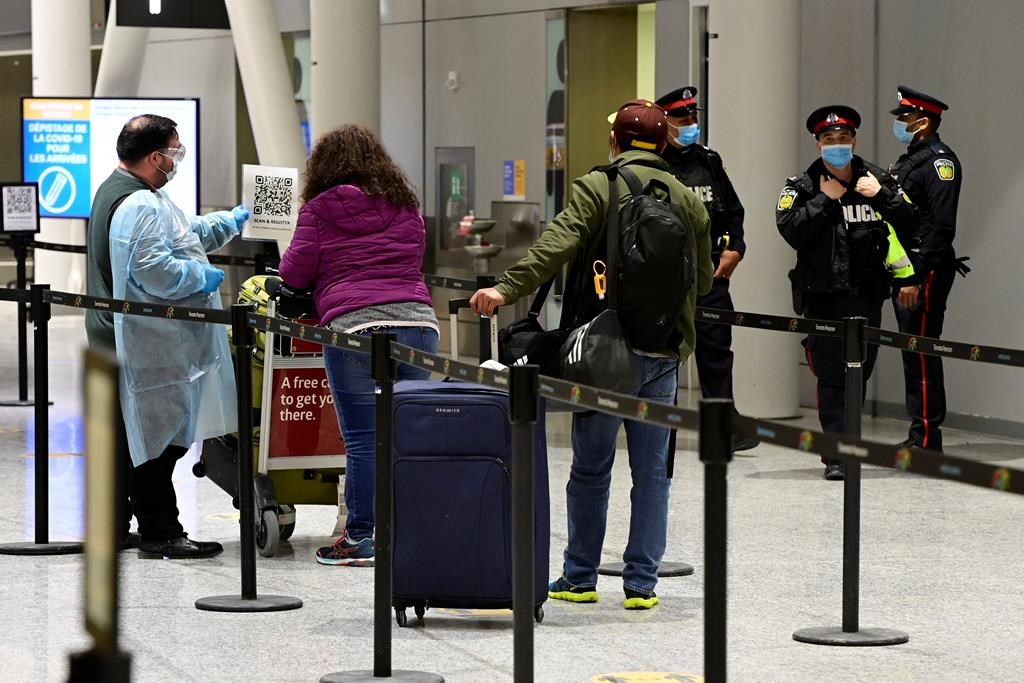 Canada's new testing and quarantine rules for international air travellers appear to have convinced even more Canadians to stay put in recent weeks.

Most Canadians had been heeding the government's plea not to travel outside the country, with or without the new restrictions.

Weekly statistics provided by the Canada Border Services Agency show international air travel during the pandemic is less than a 10th what it was before COVID-19.

The data show there was a small increase in international air travel after Christmas, with almost 170,000 people arriving in Canada between Dec. 28 and Jan. 10.

It came after Ottawa started making all international air travellers show proof of negative COVID-19 tests before boarding their planes.

Since Feb. 22, international air travellers also must quarantine in specified hotels for three days after landing, pending the results of second COVID-19 tests.

The government began musing about the quarantines in January but didn't confirm the details until Feb. 12. CBSA data doesn't yet reflect what impact that may have had.

By the end of March they started barring non-Canadians from travelling here for purposes that aren't considered essential — such as helping with the pandemic or truck drivers bringing in supplies.

While air travel did start to tick up in the summer, and rose even further in December, overall it has consistently remained less than 10 per cent of what it was in previous years.

From the last week of March 2019 until mid-February 2020, CBSA counted 35.6 million travellers arriving on international flights, including from the United States.