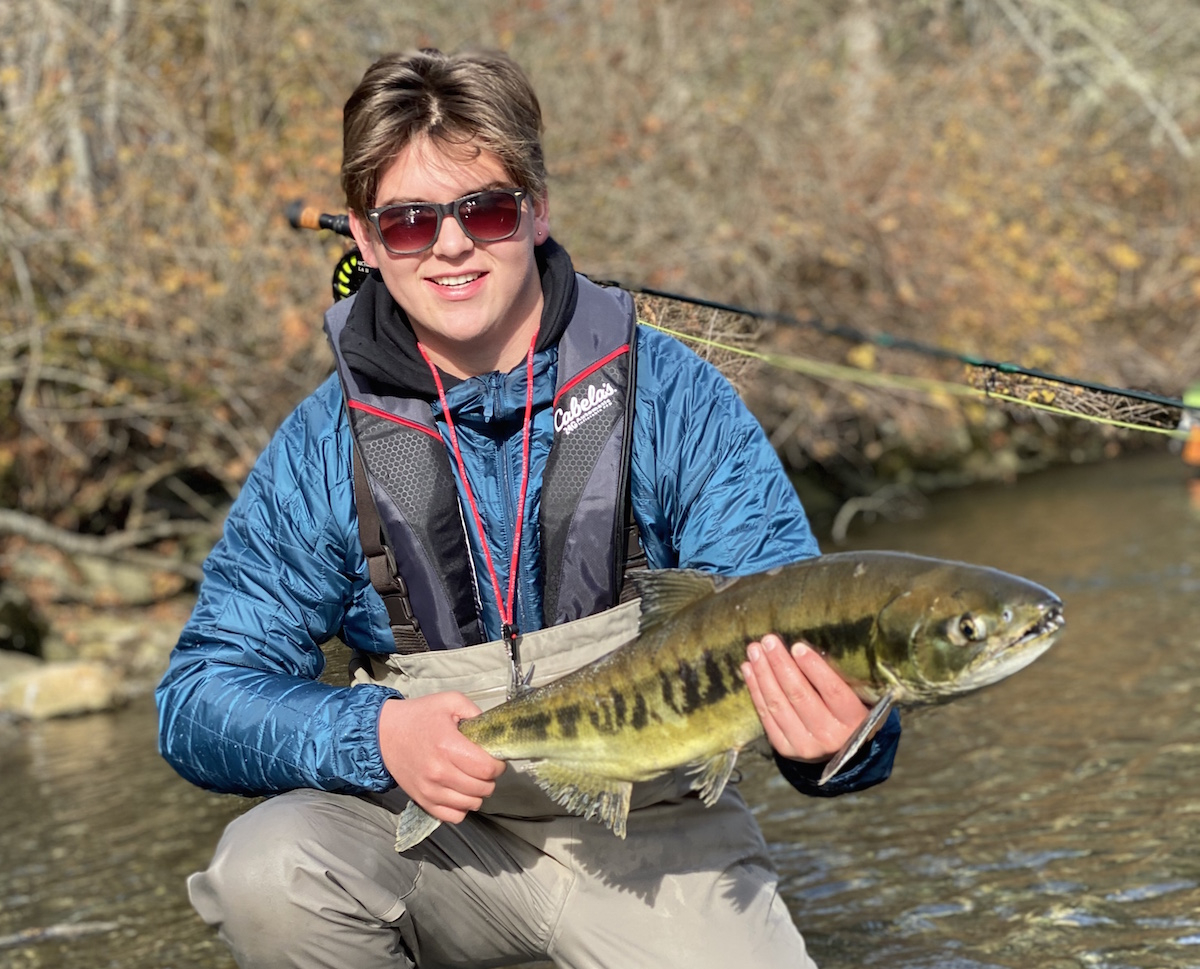 Student Benji Bridle won for best screenplay at the Vancouver Island Youth Film Festival for his beautifully shot short film, Get Reel, which illustrates his passion for fly-fishing and conservation. Photo courtesy of Benji Bridle
Previous story
Next story

As he attempts to sleep at night, high school student Benji Bridle cannot help but review the images trapped in his head from a day spent on the river fly-fishing.

How the sun or rain hits the water, the silver slap of a struggling salmon, or the beauty of the sport itself, all play out in Bridle’s mind.

Recently, the aspiring cinematographer drew on his bank of nighttime imaginings as fodder for an award-winning film.

Bridle, 16, won for best screenplay at the 2020 Vancouver Island Youth Film Festival (VIYFF) in late February for his beautifully shot short film, Get Reel, which examines his pathway to — and newfound passion for — conservation through the sport of fly-fishing.

There’s visual poetry and elegance associated with fly-fishing that can be mesmerizing, Bridle said.

“I like to think of myself as more of a creative mind, and the art of fly-fishing is just so beautiful,” said the Grade 11 student who attends Carihi High in Campbell River, on Vancouver Island.

“When casting, there’s these long strokes with the rod, and you’re making beautiful patterns in the air with the fly line,” he said.

“It creates some beautiful symmetry.”

And the sport’s beauty is only heightened by the stunning scenery, Bridle said.

“It’s art for me, but as well, it’s an outlet for my beliefs, and what I want to share to the world,” says award-winning student filmmaker Benji Bridle on how fly-fishing lured him into conservation.

After joining his school’s fly-fishing club last year, Bridle realized he was taking amazing photos and videos during his outings.

And shooting the images only heightened and focused his enjoyment of the sport, Bridle said.

“I came to appreciate the river, not only by being there, but also by looking back afterwards at my photos when I was sitting in my bed all cosy at night,” Bridle said.

“And then I’d be thinking about all the different shots in my head that I could take when I’m next at the river. That was kind of the start of the film,” he added.

As a Quadra Island kid, Bridle grew up fishing from boats, and attends school in Campbell River, the titular Salmon Fishing Capital of the World.

But, it wasn’t until he actually began to wade into the streams himself that he started to appreciate the magic and importance of wild salmon and the necessity of protecting them as a coastal keystone species.

“It’s really the salmon that give life to the river, and that bring the bears and birds and feed the landscape around it that makes it so beautiful,” said Bridle.

Fly-fishing is a fantastic way for youth to learn to respect the fish and the ecosystem, said Bridle, who also credits his club’s teacher Nicolas Pisterzi for raising his awareness.

“I just got a completely different perspective,” he said.

“I never knew how much danger fish stocks are in … but you never really fully understand until you go out and experience the rivers.”

And along with the right to fish comes the responsibility of learning about the conservation rules of the sport, he added. Some salmon are OK to keep and eat, but for threatened species, it’s catch and release, Bridle said.

“Fish regulations are super strict because we really want to make sure we're not abusing a resource and overfishing, especially with how popular fly-fishing is in Campbell River.”

Marrying his passion for making movies with his enthusiasm for fly-fishing was a natural step, said Bridle, who created his film over a 10-day period using just a cellphone and drone.

“It’s art for me, but as well, it’s an outlet for my beliefs, and what I want to share to the world,” Bridle said, adding he’s hoping to take film production at school next year.

But it’s early days in his film career, he added with a laugh.