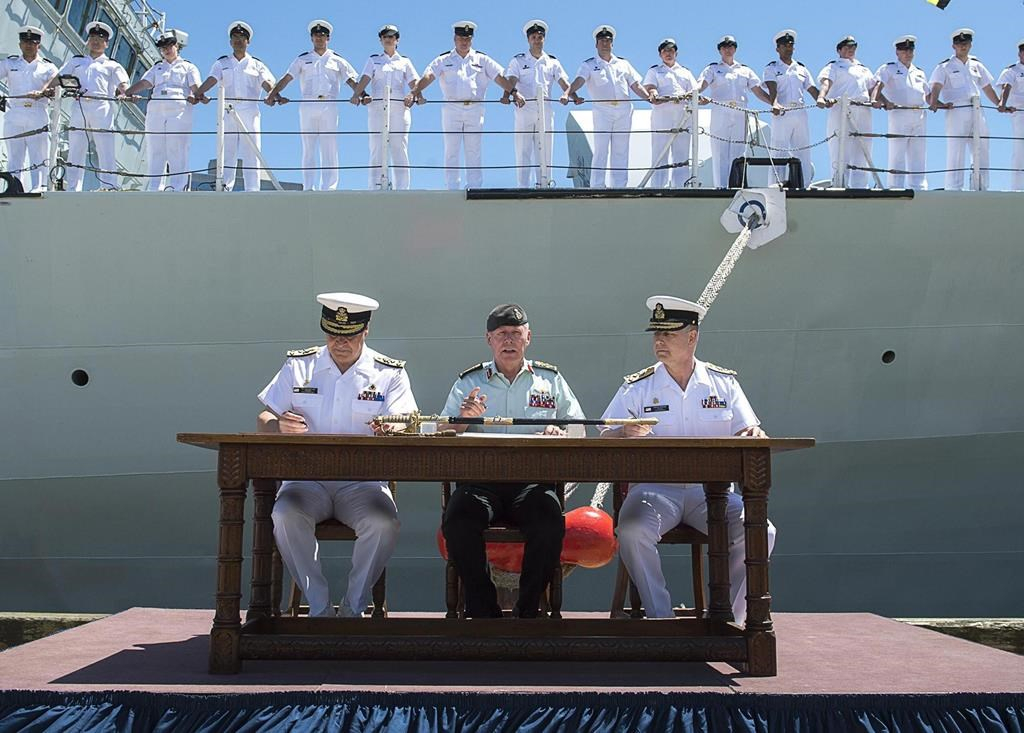 Emerging allegations of sexual misconduct against senior members of the Armed Forces are raising concerns about the extent to which the top brass is tainted by such behaviour — and prompting sharp discussions about how to fix the problem.

The ideas include everything from restorative justice or even a truth-and-reconciliation commission to a marked change in how the military chooses its leaders and a shuffle in the top ranks.

Today’s leaders came up through what retired Supreme Court justice Marie Deschamps described in 2015 as an “underlying sexual culture” that was hostile to women and left victims of sexual assault and harassment to fend for themselves.

“It’s quite clear that most of the CAF’s senior leadership began their careers around the same time, when sexual harassment and sexual assault were not taken seriously,” says former air force reservist Christine Wood, co-chair of the military sexual-trauma survivors' group It’s Just 700.

Royal Military College of Canada professor Alan Okros, whose work focuses on leadership, gender equality and diversity in the military, says the issue first emerged in 1998, which is when the first harassment- and racism-prevention training was introduced.

Deschamps herself found that while the so-called SHARP training was seen by some as effective, “others, by contrast, viewed it as a caricature.” Deschamps specifically noted that after a few years, the military stopped hiring outside experts to conduct the training.

The past few weeks have seen a number of allegations emerge against senior leaders. That has led to ongoing speculation within defence circles as to which top commander will be accused next.

It is impossible to tell just how widespread the problem is within the military’s top brass, but Queen’s University professor Stéfanie von Hlatky, who studies gender in the military, says recent Statistics Canada surveys offer some clues.

The first of those surveys of military personnel in 2016 found 80 per cent had seen or been targeted by such behaviour. Nearly half of women who reported having been sexually assaulted in the previous 12 months said the perpetrator outranked them.

“It's actually pretty astounding to just look at those numbers,” von Hlatky said. “If you've got this prevalence at all levels, then it's not just a question of generational change, but it's really something that has been left unaddressed for too long.”

Okros and von Hlatky believe one way to start addressing the problem is to change the way the military selects its leaders, a process that places a heavy emphasis on what is called “operational effectiveness,” or accomplishing missions.

While operational effectiveness is the core of how the military measures success in nearly every domain, Okros and von Hlatky say more emphasis should be put on how commanders have treated their troops.

But what to do about the problem right now?

“Does the (chief of the defence staff) reset the standard?” Okros asks.

“Go out as a personal challenge to every general and flag officer, every chief warrant officer, and say: ‘I want you to stop ... take a hard look in the mirror, think about your past, think about what you've done and think about your ability to lead the required culture change. And if now is the time for you to graciously retire, I'd be happy to take your letter.’”

The past week saw Lt.-Gen. Frances Allen appointed as Canada’s first female vice-chief of the defence staff, the military’s second-in-command. Lost amid the applause was an unusually long list of generals and senior naval officers announcing their retirements.

While defence analyst David Perry says part of that because of a steady growth in the top brass over the past five years, which leads eventually to more generals and admirals on retirement lists, he says some of the retirements were unexpected.

Canadian Forces College professor Andrea Lane, who studies gender in security, believes there must be ways for victims of military sexual misconduct to come forward and tell their stories.

“There is no mechanism right now for women or other victims to be able to say: ‘You did something to harm me in the past and I would like you to acknowledge it and apologize for it,’” she said.

“The only way for anybody to have any redress is this very punishment-focused military discipline system.”

The federal government reached a settlement agreement in 2019 with survivors of military sexual misconduct who had filed a class-action lawsuit, which provided financial compensation as well as the promise of a yet-to-be-delivered apology and “restorative engagement.”

The details of that restorative engagement have not been spelled out, but they are expected to differ from typical restorative-justice initiatives in that victims will not directly address those who did them harm. They will instead relate their experiences to a senior military leader.

It’s also unclear how that will feed into the broader fight against sexual misconduct in the Armed Forces.

Lane suggested what may be needed is something along the lines of a truth-and-reconciliation commission, which would help air the many grievances that exist within the military and start moving toward healing without senior officers across the board facing charges.

“It could be solved by instituting a parallel restorative justice system for people to be able to come forward and say: ‘Look, you did something bad and you're now in a position of power. And I don't think that you should be in a position of power if you can't accept responsibility for what you did. But at the same time, I don't think you should be demoted or fired.’”

This report by The Canadian Press was first published March 13, 2021.