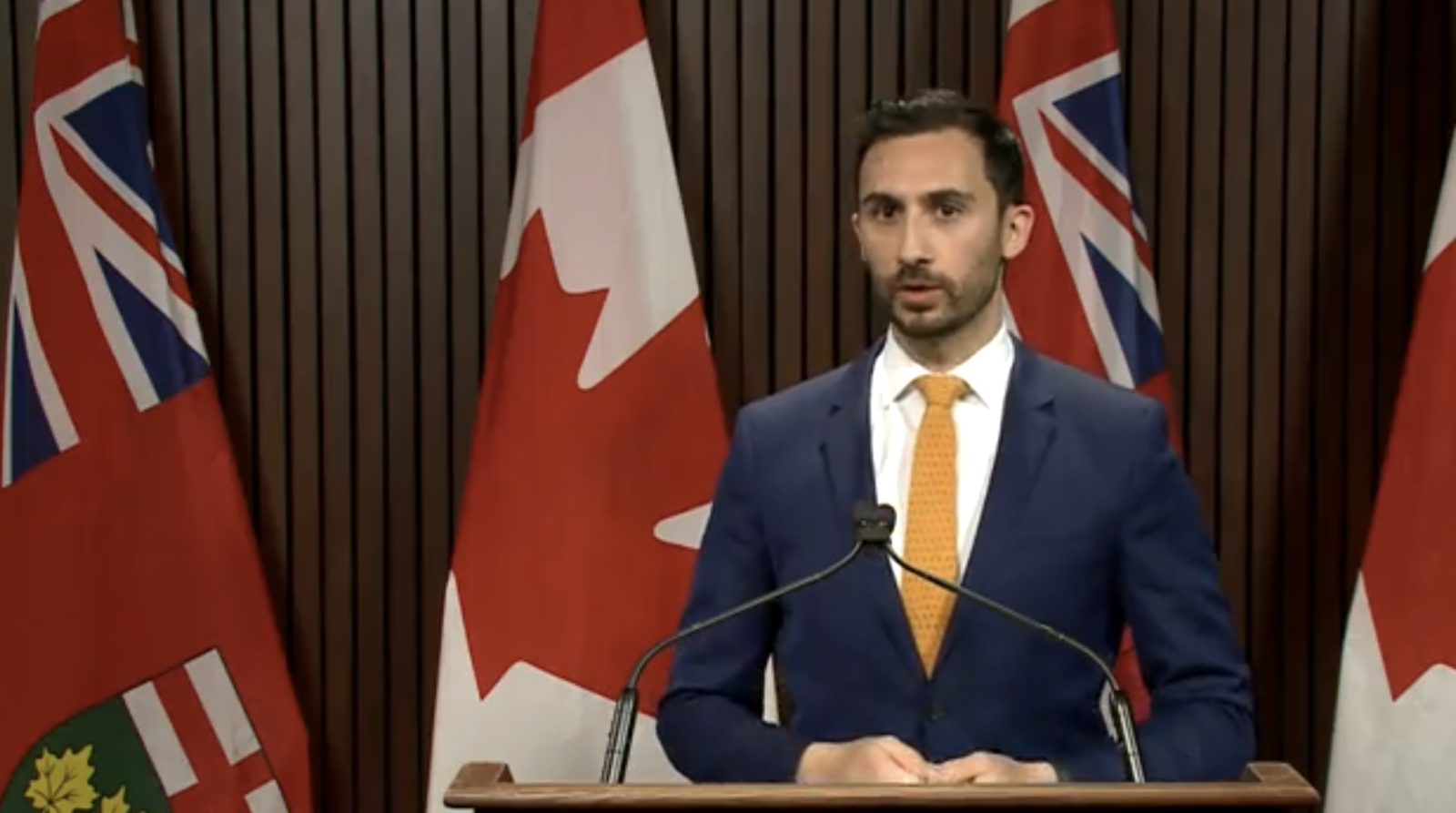 Student leaders in Ontario want a just recovery for all that includes measures to make higher education more affordable, while teachers and other critics say the provincial government must spend to counteract the worst effects of COVID-19 on younger people.

But coming just months after November’s delayed 2020 version, the Progressive Conservative designers of Ontario’s next budget, due Wednesday, may try to balance dealing with an ongoing public health crisis with a plan to appear fiscally prudent ahead of an election.

Ontario’s education ministry has let school boards know the one-off pandemic funding they received last school year shouldn’t be assumed to be in place for the next one, and Stephen Lecce, the province’s education minister, said Monday that risk from COVID-19 is expected to diminish as more people are able to get vaccinated.

"Obviously, there is some element of promise in a world where the vast majority of adults, eligible individuals, can be vaccinated ahead of September,” Lecce said, referring to when students return to classrooms after summer break.

The Opposition NDP is painting the ministry move as a $1.6-billion cut to education when the government should instead be hiring more teachers and education workers to help deliver smaller class sizes, but Lecce said the government would allocate future funding based on the risks assessed by health officials.

"We recognize that there's going to be a continued need for PPE (personal protective equipment), for mental health supports, for learning loss, for some staffing,” Lecce said. “We're going to make sure every school board in the province has the resources they need to deliver safe schools for kids."

The government only released its 2020 budget in November, after the one the Progressive Conservatives prepared for March was subsumed by the COVID-19 pandemic. That document set aside $45 billion over three years for pandemic-related response, an update to the $30-billion price tag affixed to it in August.

The provincial Liberals, perhaps also bracing for the next provincial election due in 2022, said on Monday they would cancel a proposed highway project and redirect the $8 billion to build and repair the province’s schools, many of which fell into disrepair during 15 years of Liberal government.

The current government committed to below-inflation increases to education spending in its 2019 budget and was fighting unions over class sizes and pay just before COVID-19 hit.

Prior budgets have also pointed to only modest increases in post-secondary spending, while the Canadian Federation of Students’ Ontario chapter (CFS-ON) wants the province to freeze Ontario Student Assistance Program (OSAP) payments and interest accrual until all students have access to a vaccine at no cost.

Students and recent graduates are unlikely to find a tuition cut or loan relief in Wednesday’s Ontario budget, while one-time classroom funding tied to the COVID-19 pandemic is in play for a government uncomfortable with big spending. #onpoli #onted

The government cut $670 million from OSAP prior to the pandemic, making more than 34,000 students ineligible for financial aid.

“Students need tangible, meaningful action, and they need it now,” the CFS-ON said in lobby documents earlier this month. “There is no reconstructing our provincial economy without students.”

The group, which represents 350,00 university and college undergraduate and graduate students in the province, also wants a 25 per cent cut to tuition fees that are among the highest in the country and include the least public funding per capita.

“It is time for the Ontario government to demonstrate how much they value education and are willing to support students now and as we move forward through the pandemic,” said union representative Kayla Weiler.

The government let a temporary deferral of OSAP loans expire in September, when it expanded a loan program to those enrolled in approved micro-credential programs, which it hopes will connect workers to the types of jobs industries think they’ll need.

Younger people have been the slowest to regain jobs lost in the early months of the pandemic, and those in and around Toronto have recently faced renewed restrictions for hospitality and other work they often do.

Young people, and especially young women, have taken much longer to get back to jobs lost due to the pandemic, but a partial reopening of the spaces where they typically work last month helped boost Canada’s overall employment numbers.

The federal government, which has done much of the heavy pandemic relief lifting in areas of provincial responsibility including education, created a specific relief payment for students earlier in the pandemic but did not renew or replace it when emergency worker benefits were turned to several types of recovery payments.