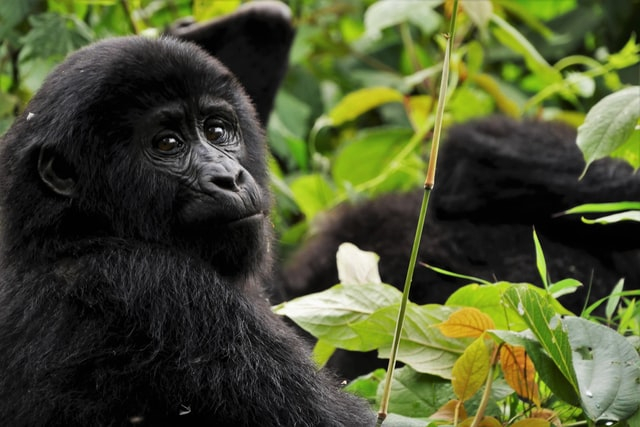 Fake news on social media about climate change and biodiversity loss is having a worrying impact in the battle to halt the growing environmental threats to the planet, a group of scientists and analysts have warned.

In a report published by the Royal Swedish Academy of Science, they say measures needed to create a healthier, more resilient planet — by reducing fossil fuel emissions, overfishing and other threats — will be hard to enforce if they continue to suffer targeted attacks in social media. The international co-operation that is needed to halt global heating and species loss could otherwise be jeopardized, they say.

“Social media reports have created a toxic environment where it’s now very difficult to distinguish facts from fiction,” said one author, Owen Gaffney, of the Stockholm Resilience Centre. “One of the biggest challenges now facing humanity is our inability to tell fact from fiction. This is undermining democracies, which in turn is limiting our ability to make long-term decisions needed to save the planet.”

This view was supported by the report’s lead author, Prof. Carl Folke, director of Sweden’s Beijer Institute of Ecological Economics. “Improvements are occurring — we are getting a lot of promises from big nations about tackling environmental threats — but the media still causes polarization of views and that is not helpful. We need to tackle that.”

The group’s report is published as a background paper to the first Nobel Prize Summit, which will be held next month, on the subject “Our Planet, Our Future.” Originally scheduled to take place in Washington last year, the meeting was postponed because of COVID-19. This time it will be held from April 26 to April 28 as a virtual event.

Those taking part will include Nobel laureates such as Al Gore, gene-editing pioneer Jennifer Doudna, and immunologist Peter Doherty, as well as Anthony Fauci, the chief medical adviser to U.S. President Joe Biden, and the Dalai Lama.

“The aim is to highlight ways to reduce climate change, biodiversity loss and inequalities and suggest how new technologies such as AI and synthetic biology could help save the planet,” added Gaffney, who is also one of the summit’s organizers.

However, the report makes it clear that this task is a daunting one. As it points out, humanity’s dominion over nature has now reached startling levels. Three hundred years ago, there were a billion people on our planet. By the end of this century, that figure will approach 10 billion or possibly surpass it. As a result of these dramatic increases, the totality of human beings alive today, plus the livestock that provides us with food, represent 96 per cent of the sum weight of all mammals on Earth. The residual four per cent is made of the planet’s remaining wild animals.

Today, there is no place on our world that is untouched by Homo sapiens, state the report’s authors. Three-quarters of all Earth’s ice-free land has now been directly altered by humans. Every eight days, we build the equivalent of a city the size of New York. We simplify landscapes to ensure they provide maximum economic benefits and in the process erode the biosphere’s resilience. One result is the emergence of new pathogens such as COVID-19.

The relatively cool years that make up the Holocene epoch, which began 11,700 years ago, have now been replaced by the Anthropocene, an epoch in which humanity is the main driver of ecological events. We are destroying rainforests that absorb carbon dioxide and are driving countless species — from insects to gorillas and chimpanzees, our closest evolutionary cousins — towards extinction. At the same time, global heating caused by our continued burning of fossil fuels is triggering unprecedented heatwaves, droughts, storms, floods and wildfires.

“Climate change impacts are now hitting people harder and sooner than was envisaged only a decade ago,” states the report, Our Future in the Anthropocene Biosphere.

Given the vast scale of the problem, the report concludes that “modest adjustments” to our current industrial and agricultural practices are now going to be insufficient. “Transformative changes are now necessary,” it concludes.

Wikimedia CEO on facts, hoaxes and the promise of Wikipedians

Anyone else find it odd that

Anyone else find it odd that the article starts by discussing disinformation and social media, but then casually mentions that this summit is going to discuss using AI and synthetic biology to "save the planet". More details on why Nobel winners are focusing on that, please!

In addition to patently false

In addition to patently false information and devious memes that appeal to the worst in us, the comments to to many good, science based or humanity based posts have been invaded by toxic trolls whose main intent seems to be to confuse or distract the conversation. Are we to believe that these are all basement dwelling geeks or are they paid to put a chill on public discussion?