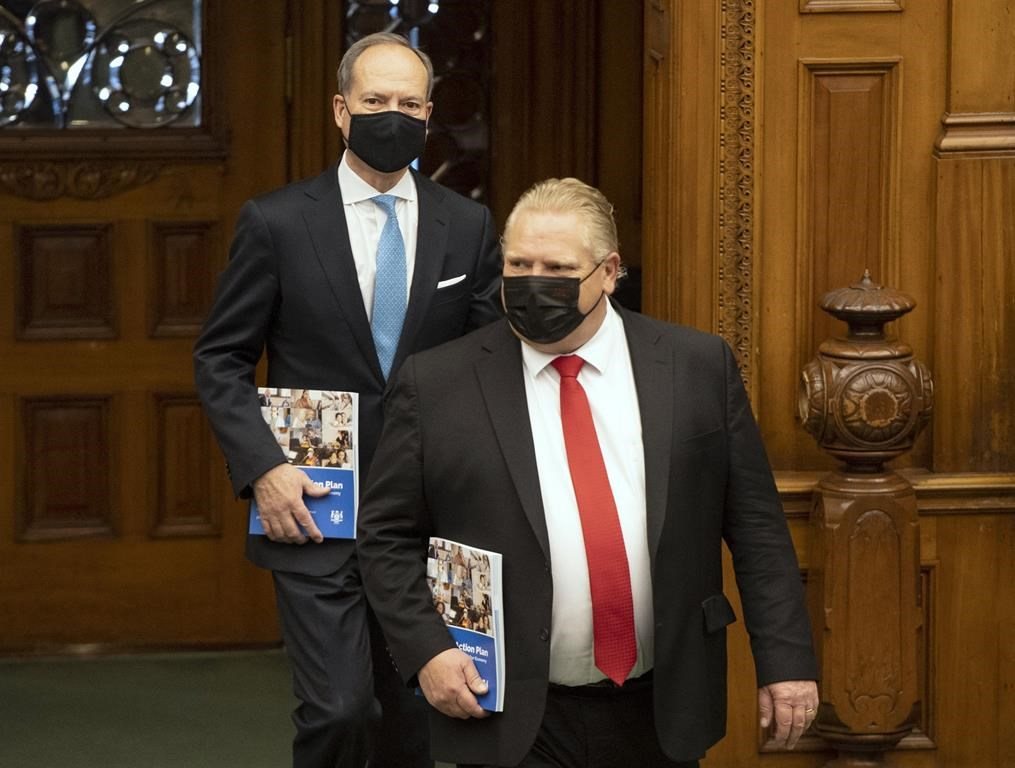 Ontario's years-long battle with Ottawa over the federal carbon tax came to an end on Thursday when the country's top court ruled the national price on pollution was constitutional.

Environment Minister Jeff Yurek said Ontario was "disappointed" with the decision but would respect it. He did not commit, however, to implementing a provincial system in light of the ruling.

"We're definitely going to take a review of what the Supreme Court decision means for Ontario on our environment policy and and move on from there," he said.

"Right now, I think we have a strong made-in-Ontario environment plan that's going to put the necessary protections in place for the land, air and water."

Ontario and two other provinces took Ottawa to court, arguing the federal government did not have jurisdiction to impose the national price.

Ford and his Progressive Conservatives earmarked about $30 million for the legal fight against the federal carbon price and also waged a public relations fight with Ottawa over it.

Part of that battle included a controversial decision to force gas station owners to place anti-carbon tax stickers on pumps across Ontario, under threat of fines if they objected.

The stickers were later deemed a violation of freedom of expression by an Ontario court and owners were allowed to pull them off the pumps if they chose to.

#Ontario's years-long battle with Ottawa over the federal carbon tax is over. #CDNPoli #CarbonTax #Ontpoli #Onpoli

Yurek said Thursday that the province plans to update its climate change plan by the summer with new measures, including a phase-out of coal use by industry.

Opposition critics slammed the government for wasting time and money on the challenge that experts had predicted would fail.

"This government needs to stop wasting our money, sabotaging climate solutions, and attacking environmental protections and actually invest in climate solutions," he said. "We know the climate action is job action."

Liberal house leader John Fraser said the court decision is a big loss for the government.

"Here's my best advice to the Premier: stop pandering to climate change deniers," he said. "Newsflash: climate change is real. And you need a real plan to address it."

NDP Leader Andrea Horwath said in light of the Supreme Court decision, the government should end its "anti-environment crusade."