More Arctic lightning is a peril for the planet 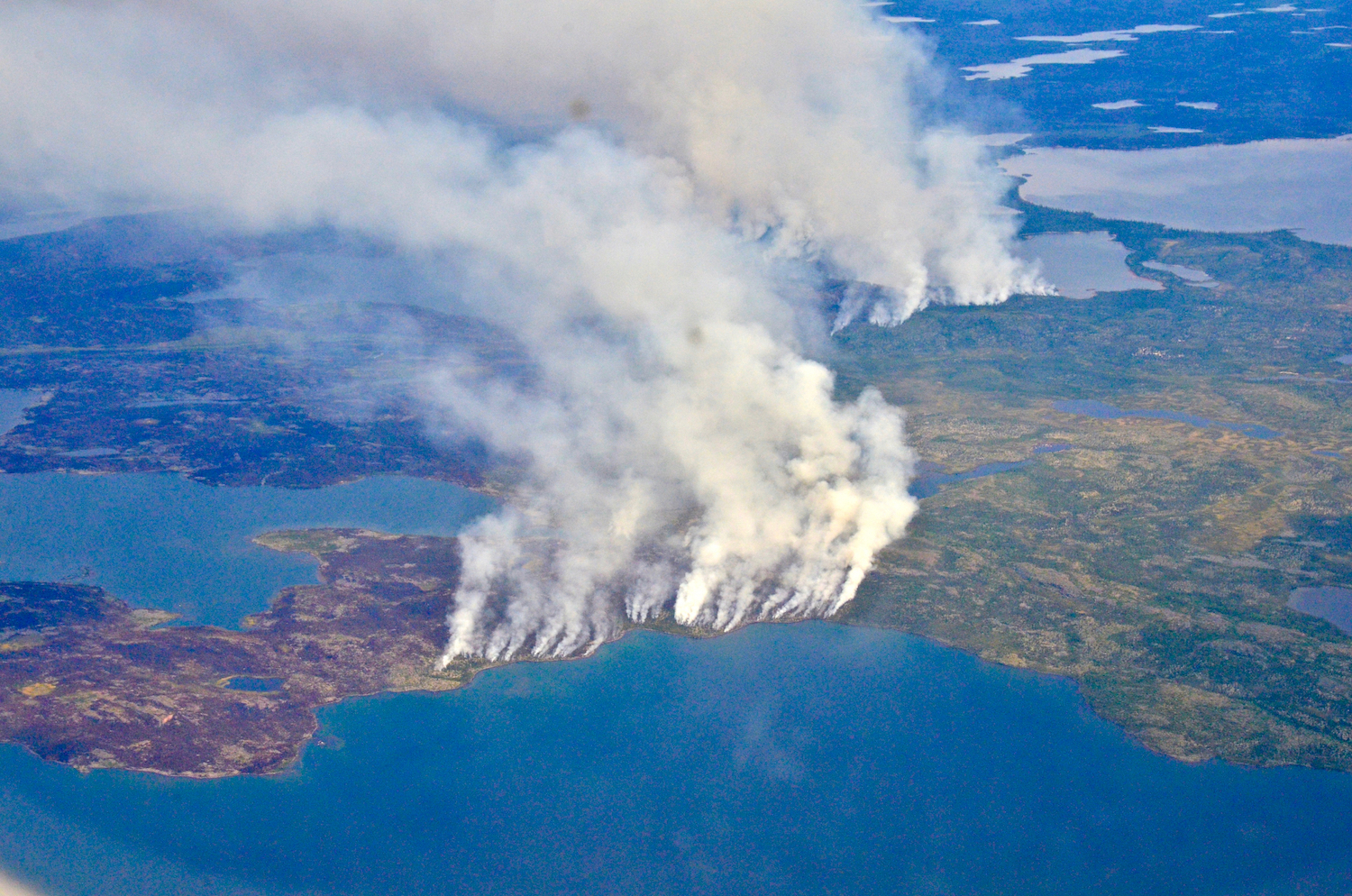 The Arctic isn’t doing so hot. That’s because it is, in fact, too hot. It’s warming at least twice as fast as the rest of the planet, which is setting off vicious feedback loops that accelerate change. Ice, for instance, is more reflective than soil, so when it melts, the region absorbs more solar energy. More dark vegetation is growing in northern lands, absorbing still more of the sun’s heat. And when permafrost thaws, it releases gobs of greenhouse gases, which further warm the climate.

The Arctic has gone so bizarro that lightning — a warm-weather phenomenon most common in the tropics — is now striking near the North Pole. And according to new modelling, the electrical bombardment of the region will only get worse. By the end of the century, the number of lightning strikes across the Arctic could more than double, which may initiate a shocking cascade of knock-on effects — namely, more wildfires and more warming.

“The Arctic is a rapidly changing place, and this is an aspect of the transformation that I'm not sure has gotten a whole lot of attention, but it's actually really consequential,” says UCLA climate scientist Daniel Swain, who wasn’t involved in the research.

To make thunderstorms you need a lot of heat. When the sun warms up the land, hot air and moisture rise in the atmosphere. Simultaneously, cold air in the system sinks. This creates a swirling mass known as a deep convective cloud, which in turn creates electrical charges that grow into lightning.

That’s normal in the tropics, where there’s plenty of heat to go around, but the Arctic should be cold enough to better resist this large-scale rising of hot air. No longer, apparently. “With surface warming, you will have more energy to push air into the high latitude,” says UC Irvine climate scientist Yang Chen, lead author on a new paper in Nature Climate Change describing the modeling. “And also because the atmosphere is warmer, it can hold more water vapor.”

Put those together and you’ve got big, flashy storms that are now moving within 100 miles of the North Pole. (Scientists can pinpoint the strikes in the remote region with a global network of radio detectors: When a bolt hits the ground, it actually turns into a kind of radio tower, blasting out a signal.) And where you’ve got lightning, you’ve got the potential for fire, especially as the Arctic warms and dries.

“The 2020 heat wave in the Russian Arctic shows how—even at high latitudes—really warm weather conditions can develop that can lead to fires that burn intensely and can grow to be very large,” says Isla Myers-Smith, an ecologist at the University of Edinburgh who studies the region but wasn’t involved in this new work. “A lot of area burned during the 2020 fire season in the Russian Arctic.”

An Arctic wildfire can chew through two main types of material, both of which are problematic. Much of soil is peat, essentially concentrated carbon from thousands of years of accumulated plant material. When this soil burns, the fire smolders deeper into the ground, releasing incredible amounts of a greenhouse gas that in a cooler, wetter Arctic would have been safely locked away. These blazes are so persistent that scientists have dubbed them zombie fires: They will fester underground for months and even snow over, only to ignite again as a new surface fire once the snow melts.

Lightning strikes in the far north could double by 2100. That means more wildfires, which could release massive amounts of planet-warming gas. #ClimateChange

The other flammable material in the Arctic is above-ground vegetation. Grasses predominate on the tundra, but scientists are increasingly finding that shrubs are muscling in on their turf. “Shrubs like to grow where there has been disturbances, such as fire and permafrost thaw. So more fire in the tundra could mean more shrubs,” says Myers-Smith. “Shrubs grow more when summers are warmer and when water isn’t limited, so we expect an expansion of shrubs with future warming in the tundra.” Looking at sediment records, Myers-Smith can actually see how in the past, warmer times in the north encouraged the growth of more shrubs and led to more fires.

Further complicating these feedback loops, more shrubs in turn make for a warmer Arctic thanks to the decreasing reflectance of the landscape, or its albedo. When bright white snow covers a grassy tundra, it reflects the sun’s energy. But if shrubbery takes over that landscape, more dark vegetation will poke above the snow layer, absorbing more heat. The albedo effect is particularly acute in the summer, when the Arctic is bathed in 24 hours of sunlight. “The Arctic is kind of a strange place relative to what most of us are used to in the lower latitudes, in the sense that the solar radiation there is actually very intense, but only for a brief period,” says Swain. “And during the rest of the year, it can be almost nonexistent.”

A darker, warmer landscape means more melting of permafrost. More wildfires, too, will melt the permafrost by burning off moss and other organic matter that sits atop the frozen soil and keeps it from warming up. The extra-bad news: Arctic permafrost holds a third of all the carbon that’s stored in the world’s soils.

Chen and his colleagues also predict that forests could march farther north if wildfires burn away both grasses and shrubs. A tree canopy would further darken the landscape and potentially lead to more thunderstorms and more lightning: If a forest is absorbing more of the sun’s energy, the resulting hot air and moisture will rise to create those deep convective clouds. Bang! There’s your lightning — and possibly another fire that will chew through a nearby tundra’s grasses, making way for yet more shrubs or trees and consequent warming. And so the cycle will continue.

Scientists who study the Arctic, like Myers-Smith, are experiencing firsthand the toll of Arctic thunderstorms: We’re talking around 200,000 strikes each summer. “Sometimes we are caught out on the tundra when the thunderstorms roll in,” says Myers-Smith. “Out there, you're the tallest thing around, which means lightning is a real danger. We’ve found ourselves running from the high ground and rushing back to camp to escape the storm, often ending up exhausted by the escape and drenched by the rain.”

Yet that rain may — at least in part — temper the feedback loops that are warming the Arctic. A “dry” thunderstorm that produces lightning but not water is a particular wildfire hazard, as Californians learned last summer, because there’s nothing to douse the sparks. But so long as a storm also produces rain, “it may not lead to actual burning,” says Chen. “It's just ignited, and then the rain puts those ignitions down.”

Also, Chen adds, accelerated growth of vegetation may help sequester some carbon, though it wouldn’t be enough to compensate for the amount that could be released as the ground warms. Losing permafrost will unlock astonishing amounts of carbon that’s been stuck in the ground for thousands of years. The only remedy to restore some semblance of balance will be for humanity to bring down the production of emissions — and fast.