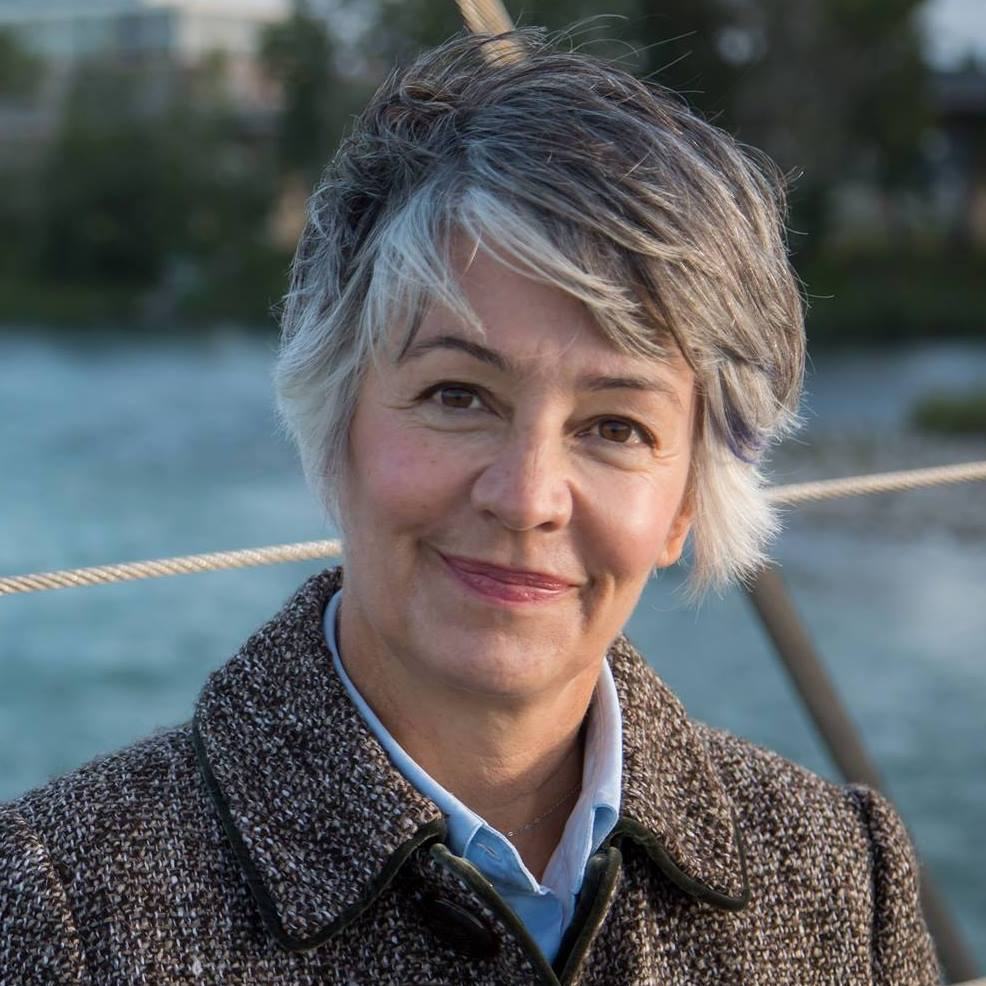 Calgary city councillor Druh Farrell was recently criticized for her stand on the rebuilding of a Dairy Queen that burned down. Photo submitted by Druh Farrell
Previous story
Next story

The Dairy Queen drive-thru that used to sit on Centre Street just north of the Trans-Canada Highway in Calgary may have burned down in 2019, but it managed to light a whole new fire in the city this past week. After a proposal to rebuild the restaurant in that location was rejected by the city, whose representatives suggested it could be put to better use with more density, it became a new front in the ongoing culture war between those who believe in things like urban densification and investments in public transit and those who cling to the status quo.

That’s in large part because Calgary Herald columnist Licia Corbella was there with the gasoline. Her incendiary column called out local councillor Druh Farrell by name, painted her as a snob and blamed her for frustrating the ambitions of the immigrant couple that previously owned the franchise rights at that location, all apparently in the name of serving her cosmopolitan pro-density, pro-transit preferences. “Perhaps if the Shims dished out expensive gelato or lattes instead of inexpensive fries and soft-serve sundaes,” Corbella wrote, “the red carpet would have been rolled out for their redevelopment permit.”

Don Braid, her Postmedia colleague, shared the column on Twitter and added his own editorial flourish. “When people have their property destroyed by fire,” he asked, “how could the city force them to replace it with something entirely different?” Mayoral candidate and local businessman Brad Field suggested in a tweet that “I would end this Council Knows Best attitude that we see too regularly. How dare Councillors tell biz owners what to build, just to fit with her boutique blueprint?”

As it turns out, much of this performative outrage was misinformed. In a Friday afternoon statement, the City of Calgary clarified it would have allowed the owners of the land in question to build a “like-for-like structure” if that’s what they had put forward. But that is not what was actually on the table. “The applicant proposed changes to the previous structure and site plan which included a different configuration for the drive-thru and a modest expansion of the building. This then triggered the project to be evaluated against current bylaws and policies,” which clearly discourage the construction of things like drive-thru restaurants and other car-oriented building forms in a neighbourhood that will soon be a major new transit corridor.

While it might be tempting for city officials and urbanists to dismiss this as a tempest in a Blizzard cup, there are bigger issues at play here than the future of a former drive-thru. Calgary’s so-called “Guidebook for Great Communities,” a profoundly benign document that lays out development principles for existing neighbourhoods, was a lightning rod for a huge outpouring of NIMBY energy back in March.

Much of that energy came from the leafier parts of the city, where apartment buildings and renters are apparently seen in the same light as the invading Visigoths were by the ancient Romans. A Facebook campaign by a group called Alberta Proud warned the guidebook would “radically change” their neighbourhoods by “inject(ing) higher-density living throughout the city.”

All of this brings to mind Niccolo Machiavelli, who isn’t necessarily someone you might associate with conversations about urban planning decisions. But as he wrote more than 500 years ago, “it ought to be remembered that there is nothing more difficult to take in hand, more perilous to conduct, or more uncertain in its success, than to take the lead in the introduction of a new order of things. This is because the innovator has for enemies all those who have done well under the old conditions, and lukewarm defenders in those who may do well under the new.”

That’s precisely the challenge that pro-density advocates in Calgary and across the rest of the country face right now. Almost inevitably, any conversation around urban planning comes down to a conflict between today’s residents and tomorrow’s. And right now, in cities across the country, from major centres like Vancouver and Toronto to the increasingly expensive bedroom communities that surround them, tomorrow’s residents are getting their butts kicked.

After all, they don’t vote yet, at least not in the kinds of numbers that would get the attention of elected officials. But those who value things like drive-thru restaurants, single-family homes and other symbols of the status quo? They’re heard loud and clear.

The guidebook will go back to council for a vote in May, and it’s not hard to see the Centre Street Dairy Queen conversation weighing disproportionately on its outcome. This is a dangerous hill for the city to fight on, since it’s already on its heels in the court of public opinion. If the current property owners really want to build something that leaves millions of dollars on the table for them, so be it. Of course, the pro-sprawl politicians who have taken up their side should understand the city’s taxpayers will be poorer for it in the long run.

How do you fix Canada's cities? Start with a Dairy Queen in #Calgary. It's high time cities beat back the #NIMBY backlash against density, writes @natobserver columnist @maxfawcett. #UrbanPlanning

Pro-density advocates can afford to lose this particular battle, but they need to start turning the tide in the bigger war. That won’t happen unless they become a little more Machiavellian themselves. This incident and the way in which it was weaponized by pro-sprawl politicians and pundits is just the latest example of how well-resourced the established order and those who defend it are. Now, more than ever, it’s time for those who believe in a different future to really start fighting back.

Women's impact on urban design and why it matters

I left Calgary in the late

I left Calgary in the late '70s and this issue was prevalent then. Nothing has changed, except the level of hype and needlessly political, anti-urban rants in the Calgary Herald that inflame the issue.

The nemesis to sound urban planning is abundant, cheap land at the periphery of many Canadian cities. Calgary's growth outward is fostered by developers with bulging political donation accounts who chime into the game five subdivisions at a time. Thousands of hectares of undervalued agricultural land are scooped up in one go for subsidized exurban, single-use subdivisions predominated by garage door architecture and 40 hectares of asphalt parking gift-wrapping each new mall.

The impact of outdated planning practices on climate, family budgets, public financing and urban efficaciousness is much deeper than "urban elite" lattes. It is shameful that the Herald op-ed writers do not care to conduct one minute of research into the high cost of car dependency and discredited Fifties zoning while working hard on their adolescent sarcasm and reinforcing their entrenched thinking that life just boils down to conservative politics.