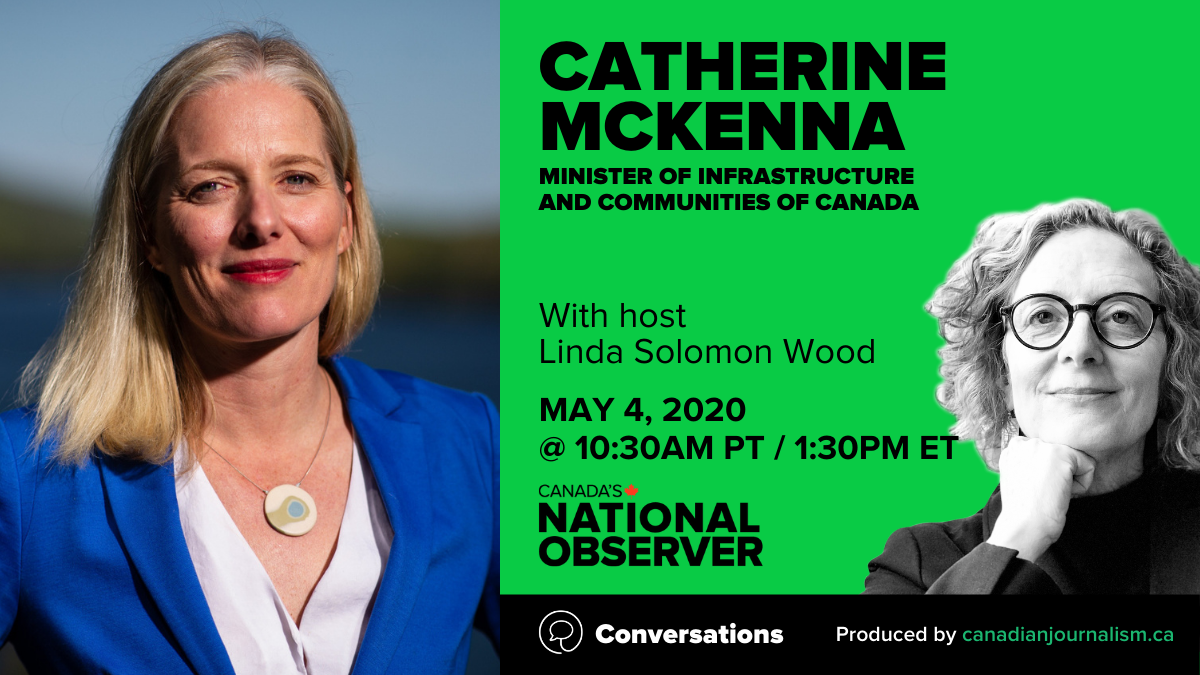 As a third wave of COVID-19 devastates communities across the country and vaccines eke their way slowly into Canadians’ arms, some are turning their attention to the country’s bounce-back plan. When the virus is finally behind us, the climate crisis will return to top of mind, along with corresponding plans to revamp infrastructure for the coming challenges.

In mid-March, Minister of Infrastructure and Communities Catherine McKenna announced a first-of-its-kind National Infrastructure Assessment to help target the government’s spending and plan for Canada’s future.

March brought a spate of infrastructure spending announcements from the Liberals. McKenna announced funding for rural transit services, while earlier that month, the government unveiled $2.75 billion to electrify transit systems across the country, along with $400 million for “active transportation” infrastructure.

As the month came to a close, U.S. President Joe Biden announced the American Jobs Plan, a US$2-trillion infrastructure program to revitalize transportation, energy, manufacturing and the care economy. It’s an ambitious, historic investment and it’s caught the attention of Prime Minister Justin Trudeau’s cabinet. McKenna has been studying the plan, which she says presents opportunities for collaboration.

McKenna joins Canada’s National Observer founder and editor-in-chief Linda Solomon Wood on May 4 for a Conversations event to talk about Canada’s infrastructure spending and parallels with Biden’s plan. The 30-minute public event begins at 1:30 p.m. ET / 10:30 a.m. PT. Register for the event here, and subscribers are encouraged to send potential questions ahead of time to [email protected]

VIDEO: A Citizen’s Guide to Climate Success with Mark Jaccard

Please hold Minister McKenna's feet to the fire on the Liberal's plan to fail on climate.
And watch out for greenwashing and spin!

McKenna's pronouncements:
"The reality is this is a transition that is going to take decades."
"We are in a transition. So transitions don't happen overnight."

The transition will take precisely as long as we choose. The Liberals choose to make the transition over decades we don't have.
Transitions start by moving in the direction you wish to travel. Doubling down on fossil fuels (oilsands expansion, new pipelines, LNG plants) takes us in the wrong direction.
The shift away from fossil fuels must start now, not decades from now. New fossil fuel projects lock us into a fossil-fuel future for decades. AB's emissions show no sign of falling. Canada has no hope of meeting its 2030 and 2050 targets.
The science says we have to halt emissions by mid-century. We need to start winding down the industry now, not in 2049.

If McKenna truly believed the science, she should have done the honorable thing and resigned. Instead, she signed off on fossil fuel expansion — and defended the indefensible.
If even our Environment Minister bets on climate failure, what hope do we have?

McKenna: "But the reality is people are still using oil and gas. We haven't gotten to the point that there isn't this demand for it."
Which doesn't mean we should double down on fossil fuels and expand production. Logic fail.
Doubling down on fossil fuels in the face of climate change is insanity. It's like smoking two packs a day instead of one to cure cancer.

"McKenna told the Canadian Press in March of this year, 'We're absolutely committed to meeting our target.'
"That is simply no longer a credible statement."
Trudeau's Big Oil-friendly decisions mean climate chaos"
https://rabble.ca/blogs/bloggers/brent-patterson/2018/10/trudeaus-big-oi...

As Environment Minister, McKenna redefined "transition away from fossil fuels" as a shift that begins by doubling down on fossil fuels, with eventual curtailment relegated to the indefinite future. First we dig the hole deeper, then we climb out. Maybe.
Canadians are still waiting for McKenna & Co. to produce the numbers showing that oilsands expansion is compatible with Canada's climate targets. The numbers don't add up.

"… Although Trudeau and Environment Minister Catherine McKenna continue to say all the right things on the environment, their rhetoric is emptier than a limp balloon." (Michael Harris)
www.ipolitics.ca/2017/11/23/singhs-primary-political-problem-isnt-trudea...

Ask McKenna to defend Trudeau's statements:
Trudeau (2016): "There is growth to be had in the oilsands. They will be developing more fossil fuels while there's a market for it, while we transition off fossil fuels."
Trudeau (2017): "No country would find 173 billion barrels of oil in the ground and just leave them there."
Under climate leader Trudeau, Canada's GHG emissions in 2018 hit levels not seen in a decade. 2019 the same.