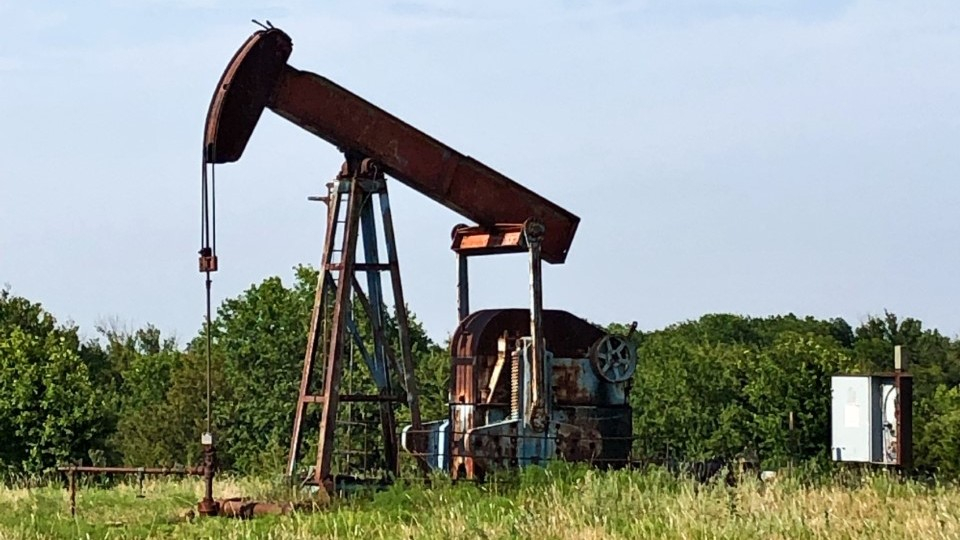 Methane emissions from abandoned oil and gas wells in Canada are severely underestimated, according to a recent study. Photo by James P. Williams
Previous story
Next story

Annual methane emissions from abandoned oil and gas wells might be underestimated by as much as 150 per cent in Canada and 20 per cent in the U.S., according to a recent study from McGill University.

Methane is a powerful greenhouse gas that traps over 70 times more heat over a 20-year period than an equivalent amount of carbon dioxide. In Canada, the oil and gas sector is the largest industrial polluter of methane emissions in Canada.

Although abandoned wells contribute only one to four per cent of all methane emissions from the oil and gas sector annually, that amount is equivalent to the CO2 emitted by Newfoundland and Labrador each year.

James P. Williams, lead author on the study, said emissions from abandoned wells could easily be reduced to zero. Plugging abandoned wells is a quick and inexpensive way to eliminate a chunk of emissions compared to the big changes and costly investments generally needed to achieve GHG reductions in the oil and gas sector, he said.

To do this, researchers say we need more accurate data on the location of abandoned wells and measurements of emissions arising from them.

“There are so few measurements that we don’t even know where to go,” said David Risk, a professor of earth sciences at St. Francis Xavier University who was not involved in the study. “We can’t manage what we don’t measure.”

The study estimates there are at least 370,000 abandoned wells in Canada, but the precise total is unknown because wells drilled before 1955 are undocumented.

Risk, who runs a research group focusing on leaks, seepage, and fugitive gas detection, said this study is an important first step.

Canadian researchers have long struggled with a data deficit on abandoned oil and gas well emissions and the study has opened a conversation around what scientists currently know and what information is lacking, he said.

Annual methane emissions from abandoned oil and gas wells are higher than previously thought, and researchers say they need more data to address the problem. #GHGs

“We really need bigger population studies to hone in on the right number,” Risk said.

The average annual emissions from abandoned wells could be much higher than the study found, said Williams. “The lower limit could also be lower than what we estimate.”

“But if there’s one thing that oversight studies have taught us, it's that when we measure more, we often find more,” said Risk. “I think there’s a strong possibility that emissions are larger than expressed here.”

Despite the uncertainty, both Williams and Risk said future studies like this can help us strategically eliminate methane emissions from these abandoned wells.

Ten wells examined in the study contributed roughly 65 per cent of the cumulative emissions and Williams said that with more data, scientists could predict the locations of these “super emitters” and plug them.

"It’s such a small percentage of all the oil and gas wells, and you can take out a chunk of the emissions just by looking at that top 10 per cent… And it’s a lot easier to plug 10 wells than 100,” Williams said.

However, that would require more data on well characteristics (like geography, age, and site type) so high emitters could be identified and plugged.

As time passes, the number of abandoned wells will continue to rise — along with emissions, said Williams.

“It's good to address it early before the problem gets insurmountable,” Williams said.

Risk and Williams said the need for more data is greatest in Alberta, Saskatchewan and Texas — regions that currently have no measurements despite their robust oil and gas industries.

Williams also wants to see regulators collect their own measurements and restrict how long oil and gas wells can be left in suspended or inactive states.

Identifying abandoned wells is about more than greenhouse gas emissions — it’s about human health. Risk said abandoned wells can leak harmful emissions into the air and groundwater, which directly impact those living in their vicinity.

“I think that as society wants to decarbonize and improve our environment, our local living conditions for people, our groundwater sources and everything, these are important sources to address,” said Risk. “And with more measurements, we can do it really smartly.”

Yet one more often overlooked

Yet one more often overlooked example of the good stewardship we have enjoyed under our petrostate regimes......and why looking to any of these old boys to jump start our transition to a low carbon economy, means going down the same extinction trail.....then fossil fuel companies are finished 'extracting value' they pack up and leave their messes behind them.....unregulated, unclean and in unknown locations.

No news is good news......nothing to see here........and by all means, don't measure and you won't have to regulate. Real wealth creators for sure.