Canada's oceans on the crest of a transformative decade 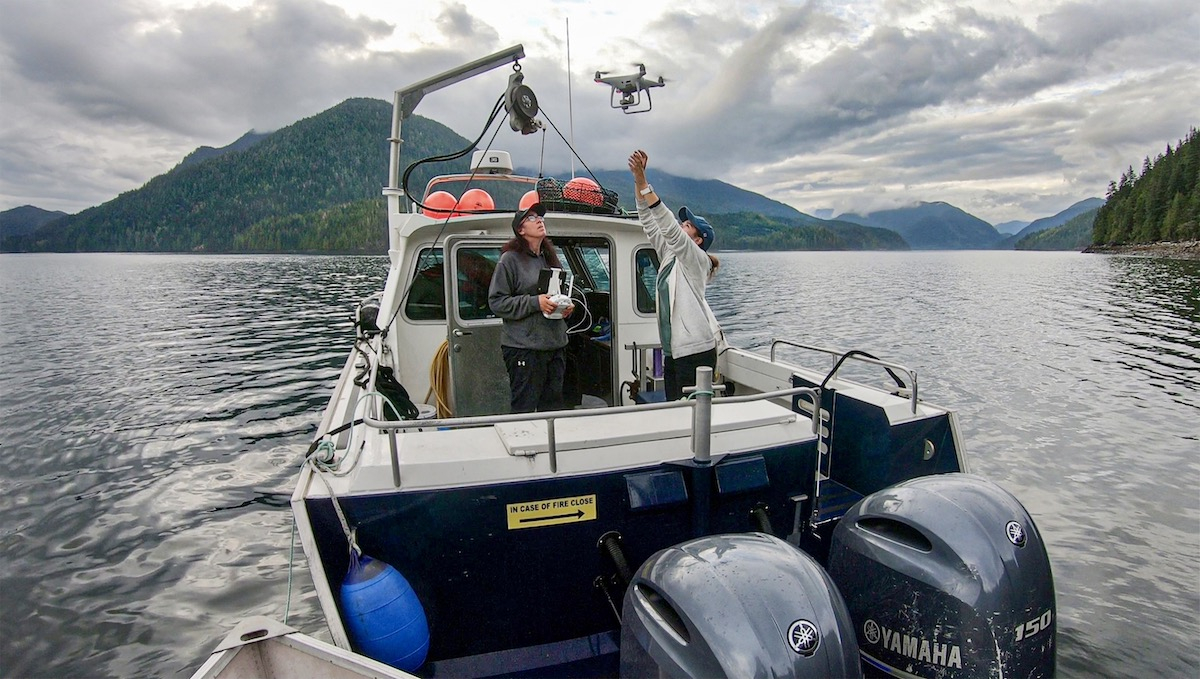 Canada is in the enviable position of having the longest coastline in the world.

But our trio of oceans is being battered by a storm of negative impacts, be it overexploited fish stocks, plastics pollution, degrading marine food webs, increasingly fragile coastal ecosystems or biodiversity loss accelerated by ocean warming and acidification.

Yet, at the very crest of their vulnerability, Canada’s oceans may stand to benefit from a potentially transformative decade.

Fisheries and Oceans Canada is partnering in the UN’s Decade of Ocean Science spanning from 2021 to 2030.

Touted as a "once-in-a-lifetime" opportunity, the Ocean Decade’s goal is to lay a new foundation in the sustainable management and development of the globe’s oceans and coastlines for the benefit of humanity.

Yet, while three billion people depend on marine and coastal biodiversity to meet necessities, ocean science accounts for only between 0.04 and four per cent of the total research and development expenditures worldwide.

The maxim of the ambitious undertaking to rectify that deficit is “the science we need for the oceans we want.”

The problems facing the oceans are global, as are potential solutions, said federal Fisheries Minister Bernadette Jordan in a recent statement launching Canada’s participation in the international initiative.

“Working together we will improve our understanding of ocean conditions, better understand and predict consequences of ocean changes and better inform the ways we can lessen these impacts,” Jordan said.

“It will shine a spotlight on the importance of ocean science and sectors, and how our global ocean nations can work together to grow a stronger, more sustainable, global blue economy.”

The marine research community, as well as First Nations, citizen scientists, environmental and conservation organizations, and economic stakeholders are rolling up their sleeves this week to take a first crack at developing an initial blueprint of scientific priorities and contributions Canada’s ocean community could make towards the international initiative at an open, two-day workshop hosted by the Hakai Institute on Quadra Island starting Wednesday.

Canada's oceans are under threat. But a potentially transformative decade is on the horizon thanks to the UN's #OceanDecade initiative, which aims to map out a plan for a more sustainable future.

One of the engaging aspects about the Ocean Decade is key scientific goals and specific outcomes — whether at the federal, regional or local level — will be the result of grassroots input, said Eric Peterson, co-founder of the Hakai Institute, which specializes in research along B.C.’s remote Pacific coast.

“The Ocean Decade is going to be a collaborative exercise in which lots of people are involved, so it isn't all top-down coming from the UN,” Peterson said.

Beyond natural science, the Ocean Decade workshops will also factor in Indigenous knowledge, local and experiential learning, policy and technological expertise, the humanities and citizen science, he said.

“Anybody can contribute. What we’re trying to do via the workshop is to get everybody excited, too... and turn it into a significant movement where we can get quite a lot done in ocean science over the next decade.”

The West Coast, for example, has a burgeoning, committed citizen science community that can play a big role in the Ocean Decade, he added.

Already well-informed about coastal issues, citizen scientists would be an effective group to help define and achieve project goals, he said.

“If you put them on task to help you with monitoring, they understand what’s going on and take it very seriously,” Peterson said.

Some chief outcomes Canada has broadly outlined for the project are healthy, resilient, clean and productive oceans that inspire and engage citizens.

The goal of the immediate workshop is to try and reach general agreement on some defined priorities for the Ocean Decade at a federal level, he added. The next logical steps in the future will likely be to establish objectives regionally and locally.

For example, the issue of microplastics in the marine environment and how to clean them up and to reduce pollution sources is very likely to find its way onto the virtual whiteboard, Peterson said.

Other objectives might be data or scientific gaps that impact the sustainability of oceans nationally or globally, he added.

The goal isn’t to replicate but, rather, tap into the work and experience of individuals and groups already involved in the ocean community, Peterson said.

“We’ll be recruiting projects and organizations that are already working hard in these areas.”

Peterson concedes that getting so many stakeholders to prioritize, mobilize and commit to the mobilization and solving the number of problems plaguing the world’s oceans is a big undertaking.

“I think it is going to be a very difficult decade,” he said.

“But we can be concerned without getting terrified, and we can worry without being immobilized.”

Oceans are worth preserving, and humans are capable of great progress when they engage in widespread, collaborative approaches to problem-solving, he added.

“It’s amazing to see how much could be done a hurry if it needs to,” Peterson said.

“Look how quickly we developed (COVID-19) vaccines, and that was seen as impossible.”

Feds to release plan for sustainable development of ocean economy