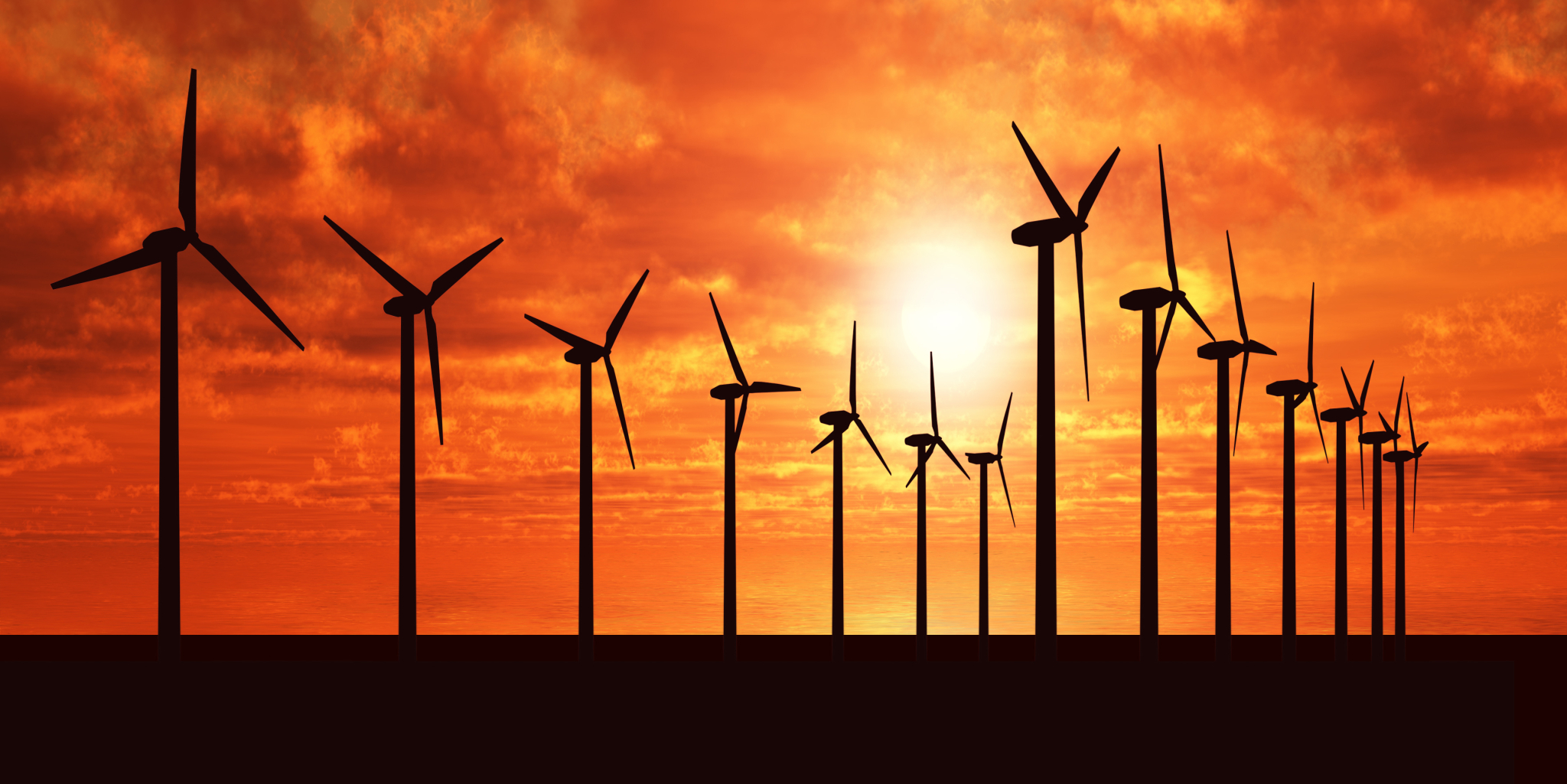 Clean sources of energy are key to reaching net zero by 2050. As politicians continue to debate Bill C-12, the NDP worries the bill won't become law if an election is called this year. Photo by Bigstock
Previous story
Next story

For the last six years, the Trudeau government has not taken the bold action Canadians expect to address the climate crisis and has consistently missed its emissions targets. Clearly, we need a climate accountability law to keep us on track between now and 2050 if we are going to get to net-zero emissions. With Bill C-12 having just passed the committee stage on June 9, the parliamentary clock is ticking closer to the end of this session. With rumours of a fall election, it’s important to reflect on what’s at stake.

The NDP has always been clear that Bill C-12, the Liberals' Net-Zero Emissions Accountability Act, was insufficient. The bill lacked near-term accountability measures like a 2025 target, the role of the advisory body was weak, and the role of Indigenous knowledge was poorly defined — among other shortcomings.

Other countries have done much better — especially the U.K., whose Climate Change Act represents the global gold standard for climate accountability. With the help of this legislation, the U.K. has achieved every carbon budget it has set since 2008 and has reduced emissions by a whopping 48 per cent since 1990. Compare that to Canada, which has the shameful distinction of being the only G7 country whose emissions have risen since the signing of the Paris Accord.

It was clear to us and to Canadians across the country that C-12 had to be strengthened. The minority Parliament presented an opportunity to do that, as the government can’t pass any legislation without support from one of the three main opposition parties.

The NDP consulted leading environmental organizations, legal experts, climate advocates and concerned Canadians. As the bill made its way through the House, we met with the environment minister’s office and discussed the changes needed to improve the bill and make it effective. The Liberals pushed back on several of our demands, but we reached agreement on others.

We fought to secure an interim emissions objective for 2026 and two more progress reports before 2030 for Canadians who no longer trust this government to hit its targets without proper oversight. Before we made this improvement, the Liberals wanted Canadians to wait almost a decade for any real accountability. We succeeded in defining the range of expertise of the advisory body, so Canadians can trust the government is receiving solid advice. We ensured that important, detailed information will be added in both the emissions plans and progress reports, allowing Canadians to know where we stand in the fight against the climate crisis.

Bill C-12 is a better bill today because of our efforts. But let’s be clear: this isn’t the climate plan we would have written.

For starters, we would have pushed to adopt a carbon budget approach as the U.K. did — a much more direct way to articulate how much carbon emissions can be released each year. We would have also added stronger language on the legal enforceability of the bill. And we would have had a truly independent advisory body to provide science-based advice directly to Parliament.

Canada’s major environmental groups agree the bill should move forward. Six organizations wrote to members of the House environment committee on June 7 stating, “Bill C-12, as amended, provides a foundation we can build on to ensure Canada develops the robust accountability framework we need.” They fear our work to date will be lost if the bill does not become law in short order.

We hear Canadians who feel the urgency of this moment and want political leaders to do everything necessary. We share this sense of urgency and are dismayed that some other elected officials do not seem to. In fact, based on their performance at committee, the Conservatives seem determined to drag out proceedings and ensure the bill never becomes law.

Bill C-12 is a better bill today because of our efforts, write @NDP MPs @Laurel_BC and @taylorbachrach. But let’s be clear: this isn’t the climate plan we would have written. #BillC12 #ClimateChange #cdnpoli

We need to be realistic about the choices before us. This is not a decision between a good bill and a perfect bill; it is a choice between passing a strengthened bill into law before the House rises for the summer or getting no bill at all.

If we choose the latter, we know that it will take at least another year to get legislation back to where it is. That will be at least one more year lost when there is already no time to lose.

In 2006, the late NDP leader Jack Layton led the way by bringing forward Canada’s first climate accountability legislation. It made its way through the House, but, sadly, did not make it out of the Senate. Fifteen years later, we should not allow C-12 to meet this same fate.

Laurel Collins is the NDP critic for the environment and climate change and member of Parliament for Victoria.

Taylor Bachrach is the NDP critic for infrastructure and communities and member of Parliament for Skeena–Bulkley Valley.

So what did the NDP get in

So what did the NDP get in return for helping the Libs to ram through all the inadequacies of their legislation? An interim "objective" which, in the absence of any legal definition, is likely to be about as meaningful as all the previous emissions targets that Canada has consistently missed. And a couple of progress reports which some of us, including myself, will examine closely, but which the government PR machine can readily ignore or spin away (just as they are currently spinning away the emissions growth documented in the latest National Inventory Report as Canada being "on track"). Meanwhile, Mr Bachrach, again and again and again, joined with the Libs in committee in voting down Green and Bloc amendments which would have genuinely strengthened the legislation. If he had got something meaningful in return, this long apologia might make sense. But he didn't. Nevertheless, let's hope that the experience will enable Ms Collins to argue the NDP towards a genuinely (which means quantitatively) climate-responsible platform at the next election - something which would be a first for the party.

"if the Conservatives have

"if the Conservatives have their way, oil and gas executives would be in charge of Canada’s climate strategy"

Aren't they now?
How else to explain…
- Ottawa's purchase of the existing Trans Mtn pipeline.
- The promotion and construction of the Trans Mtn Expansion Project?
- Greenlighting new LNG projects?
- Gross under-reporting of oil & gas emissions?
- Planned billion dollar investments in costly, inefficient, unviable, unproven, or non-existent technologies like carbon capture and SMRs (for oilsands industry)?
- Accountability legislation without real teeth?
- Creative accounting to reduce Canada's reported emissions?
- Ramped up fossil-fuel subsidies?
- Sticking taxpayers with clean-up bills, even for multi-billion dollar oil companies (e.g., CNRL)?
- Output-based pricing systems to shield carbon-intensive, trade-exposed industries from carbon pricing?
- Dubious carbon offsets?
- Aspirational net-zero targets decades out into the future (2050) with no roadmap to meet them?
*
Trudeau: "No country would find 173 billion barrels of oil in the ground and just leave them there."
Under climate leader Trudeau, Canada's GHG emissions in 2018 hit levels not seen in a decade.
"Canada’s emissions have actually climbed slightly every year the Liberals have been in power, from 707 Mt in 2016 to 716 Mt in 2017, 728 Mt in 2018 and 730 Mt in 2019."
"Trudeau vows steeper pollution cuts at Biden climate summit"
https://www.nationalobserver.com/2021/04/23/news/trudeau-steeper-carbon-...'
*
Canada's plan is to "green" fossil fuels, not get off them. Increase fossil fuel production, not manage its decline. Create new markets for oilsands production, not new products.
Fossil fuels for longer. Delay the energy shift. Any excuse to keep producing fossil fuels, but no serious efforts or incentive to get off them.
A bet that the world will fail to take real action on climate change. The only scenario in which oilsands expansion makes sense.
As long as Ottawa subsidizes fossil fuel companies; fail to put a realistic price on carbon; sink hundreds of millions of tax dollars into carbon capture, SMRs, and other white elephants; buy and invest in pipelines enabling oilsands expansion — emission targets will remain out of reach.
A plan to fail? Trudeau's climate plan is tailor-made for the O&G industry.

A govt that pays lip service to climate change with an opposition in virtual denial is a dream come true for the fossil fuel industry.

In a country that is so

In a country that is so tailored to fossil fuel in the GDP we need to get off our high horse and start working on C-12 2.0 I see no benefit to this current bill other than is should have been implemented 10 years ago. We are way behind thanks to the weakness of our current and past governments promises to environmental responsibility's.