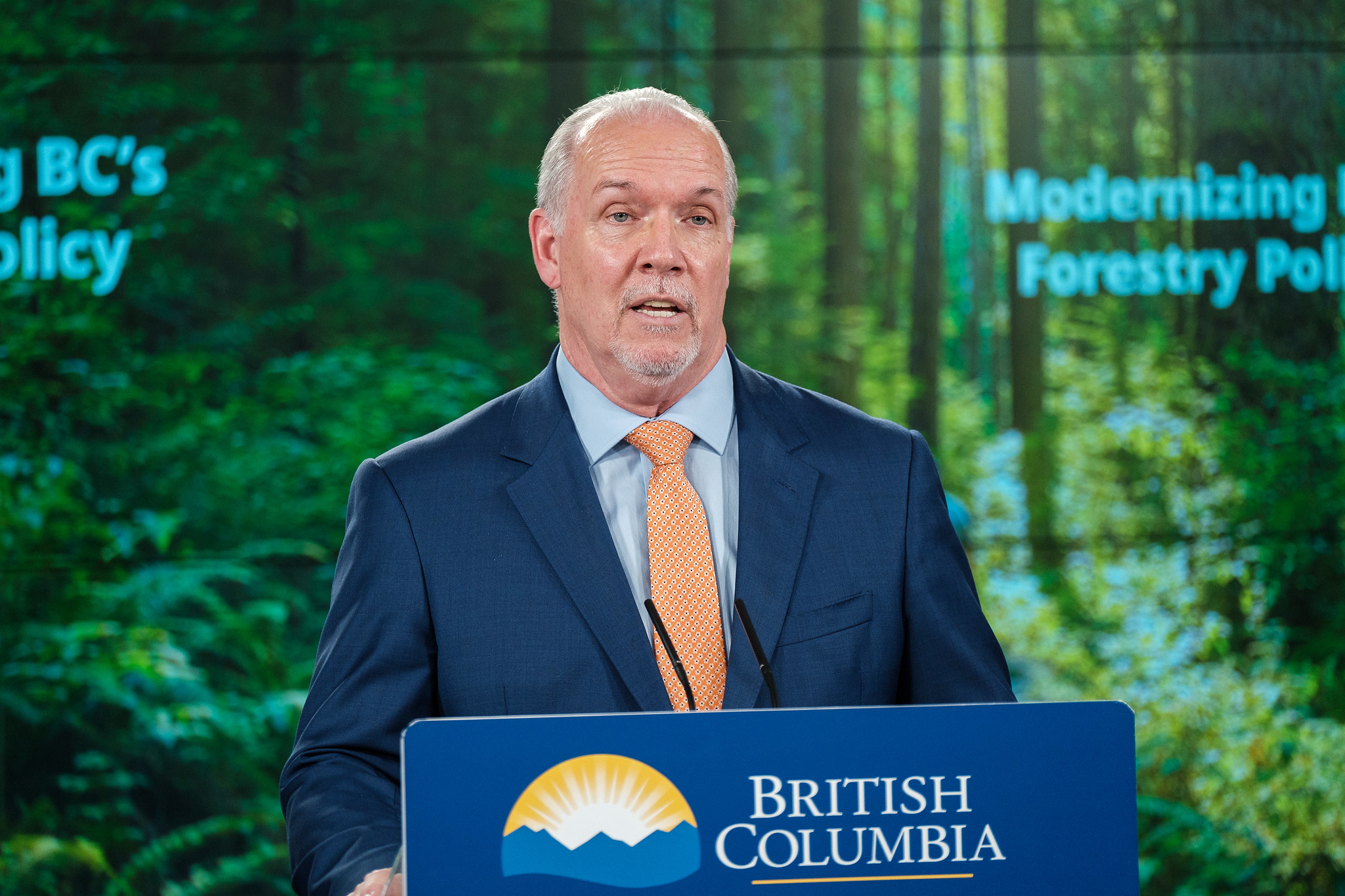 “Today, the vast majority of the wells, somewhere between 80 and 90 per cent in British Columbia, are fracked wells, which means that almost every well being drilled today is getting the subsidy.”

Second place is the Clean Infrastructure Royalty Program, which distributes money to oil and gas companies to complete projects that reduce methane leakage. The province gave $71 million to the program between 2020 and 2021. That number, the report says, will nearly double to over $135 million between 2023 and 2024.

“While these subsidies might reduce emissions, they must be viewed in the context of the B.C. government’s policy of using subsidies to increase natural gas,” said the report.

“Even if this program is responsible for reducing the emissions intensity of some wells, overall emissions from a growing natural gas sector will continue to skyrocket, making it impossible for B.C. to reach its climate targets.”

The NDP did say it would commit to “a comprehensive review of oil and natural gas royalty credits" in its 2020 election platform, though no other details were provided in the campaign documents.

Bruce Ralston, minister of energy, mines and low-carbon innovation, said the government has concerns about Stand.earth’s report, stating: “It does not provide a transparent, detailed breakdown of how they reach their figures.”

“Government is undertaking a comprehensive review of B.C.’s oil and gas royalty system to ensure it meets our goals for economic development, a fair return on our resources, and environmental protection,” said Ralston.

“It is true that many of these royalty credit programs were set up by the BC Liberals nearly two decades ago, who never undertook a proper review. We take this situation seriously and that is why we are initiating a review.”

Biggs says the numbers in the report don’t match up with the party’s stance on climate change, nor does its commitment to building the LNG pipeline in B.C.’s Kitimat, on which the NDP spent $53 million in the past year, up from $29 million the previous year.

“It will be the largest single source of emissions in the province’s history if it goes ahead. Despite the fact that the experts increasingly say this will be a stranded asset. And the only way that the industry continues to grow and expand is with public money,” he said.

MP and former Green Party leader Elizabeth May called the figures disheartening, especially considering the NDP’s strong commitment to climate change in the past.

She says fossil fuel subsidies, although present in B.C., are also a problem at the federal level.

“Certainly the federal government has the same affliction as the Horgan government ... of pretending to claim climate leadership,” she said.

“The Trans Mountain expansion, that's a $17-billion commitment from the federal government of public funds to build a pipeline that is absolutely a climate killer. That is not the only thing because, of course, the federal government is also subsidizing LNG and providing a lot of benefits to the project in Kitimat.”

May points back to 2017, when the Green Party agreed to support the NDP, creating a minority government. Under Horgan, she said, the NDP has been going in the opposite direction when it comes to its commitment to climate change.

“I think the B.C. government under John Horgan has let us down badly. The massive increase in subsidizing fossil fuels under the NDP has been very much tied to the notion, which is delusional, that natural gas isn’t a fossil fuel,” she said.

“Of course, natural gas is a fossil fuel, and it's been responsible for a big increase in methane emissions.”

This article was updated to include comments from B.C. Minister of Energy, Mines and Low-Carbon Innovation Bruce Ralston.

This article has been updated to clarify B.C.’s Deep Well Royalty Program cost $421 million this year, not billion.