Overhauling Canada's buildings could add $48B to the economy 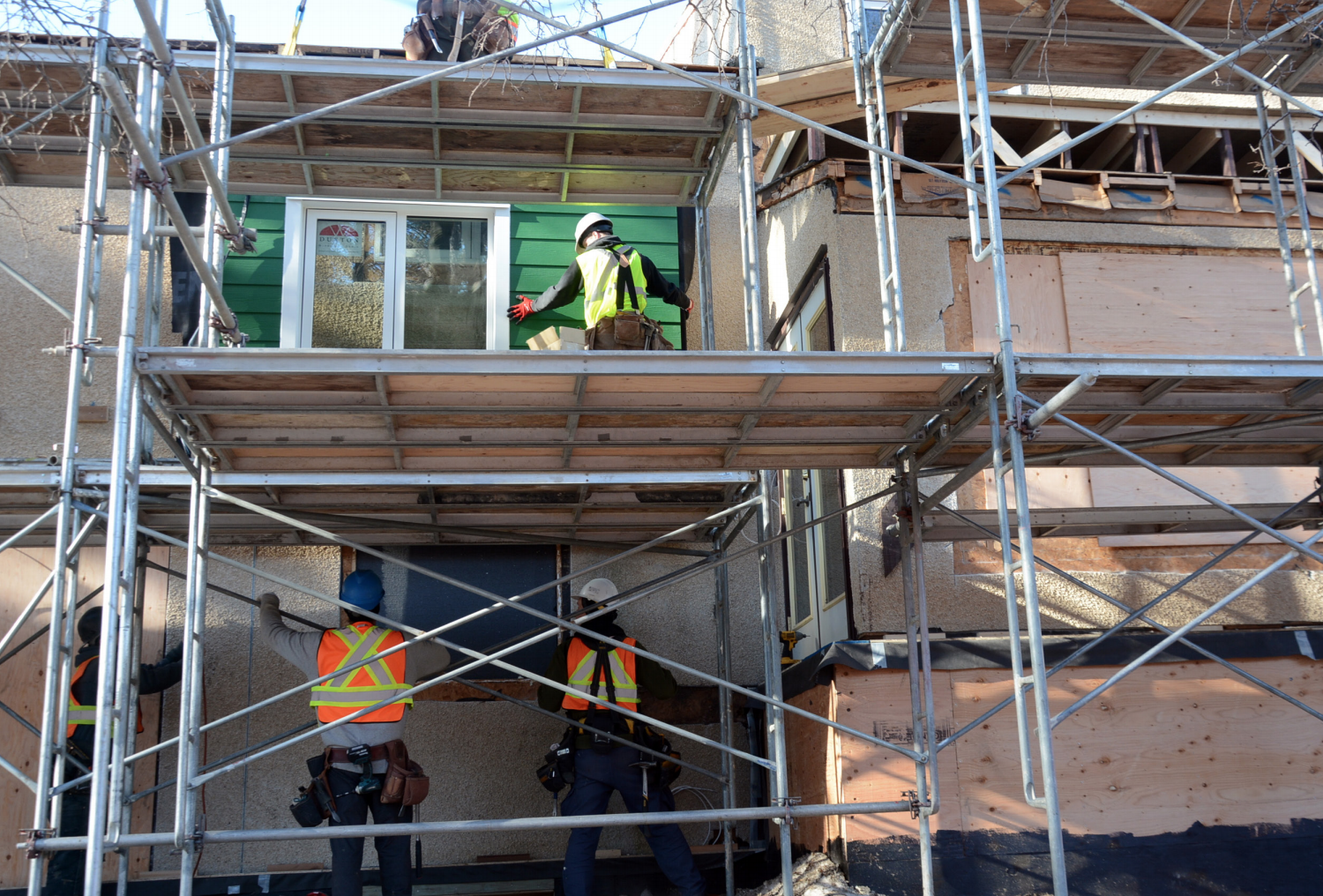 A “renovation wave” to decarbonize Canada's buildings could not only make homes more livable, but inject $48 billion into the Canadian economy over the next 20 years.

That’s according to a new report by the Pembina Institute, a non-profit clean energy think tank, which also finds the upgrades could create 200,000 jobs while making a sufficient dent in carbon emissions.

Nationwide, the federal government says as much as 17 per cent of emissions comes from buildings. Retrofits, which are changes to existing buildings, can help reduce pollutants from the structures, explains Sean Pander, manager of the City of Vancouver's Green Building Program.

In Vancouver, where buildings currently emit almost 60 per cent of the city’s carbon, the city is working on the zero-emissions building plan. The plan, which would get new buildings to net-zero before 2030, has had some impacts to date: New buildings in the city now produce 70 per cent less carbon pollution compared to 14 years ago.

Pander says the city’s two main strategies are passive design measures, strategies that use existing building characteristics to take advantage of ventilation, such as improved windows and shutters that allow for cooling. Active measures, which are heating and cooling systems, are the other part, which heat pump technology fits into.

“A heat pump is kind of like an air conditioner that can run backwards, and in the winter, (provides) heat, and in the summer, it provides cooling,” he explained.

Overall, including private money, the renovation wave will need $15 billion per year for residential buildings and $6 billion per year for commercial and institutional buildings, according to the report. However, funding from the government is especially important when it comes to incentivizing landlords to make changes in rental houses and apartments — coupled with rules to protect tenants, says Frappé-Sénéclauze.

As of right now, 63 per cent of Canadian buildings are heated with natural gas or oil. Switching them to electric, while decarbonizing the electricity grid, is vital to getting to net-zero in the building industry by 2050, says Frappé-Sénéclauze. Once things like heat pumps become more popular, he says, the idea is that funding to incentivize them will become less necessary.

Retrofits, increasingly talked about since the Pacific Northwest’s deadly heat wave in late June, could not only make homes more livable, but could inject $48 billion into the Canadian economy over the next 20 years, says a new report by @Pembina.

Putting a dollar amount on how retrofits could benefit the economy is new, Frappé-Sénéclauze says. It would mean jobs — 60 per cent of the cost of retrofits lies in labour costs, per the report — while the remaining amount is in building materials, many of which can be sourced locally.

It would also mean making our homes more livable, which would reduce health-care costs, he says.

“We invest in public infrastructure all the time because it's crucial to keeping a productive economy. The same with housing; if we can’t have affordable housing for people to work, we can't have a healthy, functioning economy,” he said.

Doug and the Destroyers are

Doug and the Destroyers are taking Ontario backwards at high speed literally since the day the were elected. day after the election in June 2018 , 287 Green energy projects cancelled, upgraded specs for efficiency in new buildings cancelled!!! power sharing with Quebec hydro during nuclear retrofit cancelled and $3B in buying gas plants instead!!! All of this barely in the news here. all of this just the highlights of how they are obstructing moves away from fossil for the benefit of??? the fossil money who put them in power to do exactly this of course. hello big banks