With Quebec rejecting a $14B LNG project, is the industry at a dead end in Canada? 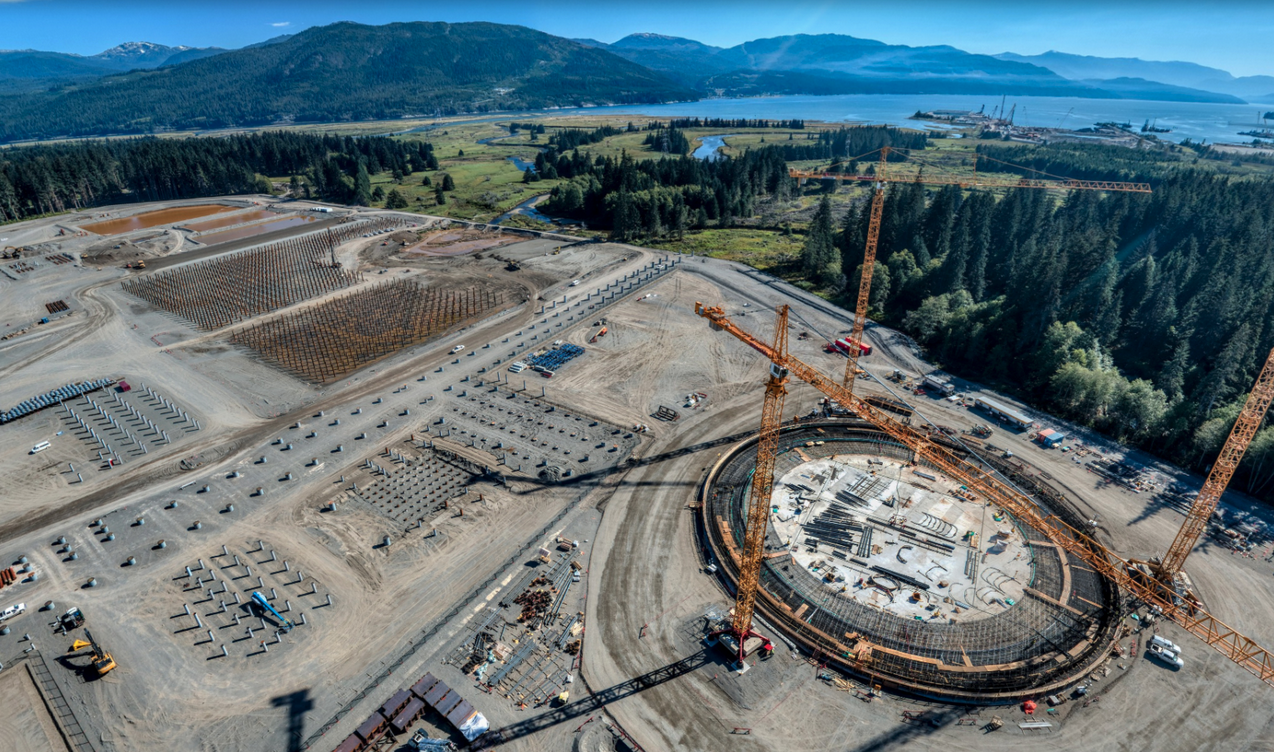 Undated photo of a tank pad at the LNG Canada site. Photo by LNG Canada
Previous story
Next story

Quebec’s environment minister recently cited environmental concerns as the reason to axe a proposed multibillion-dollar liquefied natural gas (LNG) project, but a glut of natural gas around the world is pushing some to ask if the industry is a dead end for Canada.

GNL Québec was hoping to move 11 million tonnes of fracked natural gas annually from northern British Columbia and Alberta to a liquefaction plant and terminal at the Port of Saguenay, aiming to export to European and Asian markets. On Wednesday, the proposal was rejected.

“It wasn't at the best advantage for serving the Asian market, which is the only market that seemed to have significant growth potential,” said Lorne Stockman, a senior research analyst with Oil Change International. “It was well-positioned to ship gas into Europe, (but) Europe's gas demand is plateauing and declining.”

The International Energy Agency (IEA) expects demand for gas to increase by 1.7 per cent annually from 2022 to 2024, owing to coal being replaced with gas around the world. But in the IEA’s landmark net-zero report, it says fossil fuel demand, including natural gas, will have to fall dramatically if the world is going to reach net zero by 2050. To meet that goal, global natural gas demand should fall more than five per cent per year through the 2030s, the IEA says.

The IEA does expect the drop in natural gas demand to slow somewhat after 2040 because of its potential use producing blue hydrogen and hypothetical advances in carbon capture technology. But for investors making multibillion-dollar decisions today, it’s unclear when, if ever, Canadian LNG plants will be profitable over the long haul.

“LNG export facilities are huge and hugely expensive, costing billions of dollars, and they plan to recoup their costs over many years, which is why they typically line up long-term contracts with buyers for a large share of what they plan to export,” said Mason Inman, Global Energy Monitor’s oil and gas program director.

Inman said if global LNG trade declines, the competition among existing exporters grows, which poses a significant risk to North American LNG operators who would be competing with lower-cost competitors in Qatar, Mozambique, and Russia.

“If many more LNG terminals are built now, then they may wind up underutilized and lose a lot of money — that is, they may become ‘stranded assets,’” he said.

Russia and Qatar are both significantly expanding gas production, and both are better positioned to export into European and Asian markets than their North American competitors. Russia-based Novatek announced it secured $11 billion worth of financing for a $21-billion LNG plant in the Arctic in April, while just last month, Reuters revealed western oil giants ExxonMobil, Royal Dutch Shell, Chevron, ConocoPhillips, and others were competing to get in on Qatar’s $30-billion North Field expansion project.

Then there is Australia, which is trying to punch into new markets after Japan, one of its major buyers, pledged new climate targets. Likely new buyers would be found in China, India, Pakistan, Vietnam, Bangladesh and others, the country’s resource minister told The Guardian.

North American LNG plants are especially vulnerable to financing challenges, according to the @GlobalEnergyMon. Of 26 LNG projects around the world reporting issues with financing, 18 are in North America. #LNG #cdnpoli

Canada can’t be hopeful about Asian markets for LNG given Canada would be late to an already crowded market, says Werner Antweiler, chair of international trade policy at the University of British Columbia’s Sauder School of Business.

“Now we're actually in a situation where some would say there's a glut of supply (that’s) certainly keeping prices low,” he said, adding LNG profit margins appear too low to justify new investments in Canada.

Antweiler said he doesn’t see “significant potential” for the price of gas to go up unless there was some major event, like the 2011 Fukushima disaster that spiked demand in Japan.

In fact, one reason Japan has such strong natural gas demands that affect Australia’s resource planning is because since the Fukushima disaster, only nine of Japan’s 33 nuclear reactors have been given the green light to restart. Japan imports 21 per cent of Australia’s natural gas exports, sitting comfortably between the European Union and China, which represent 23 per cent and 19 per cent, respectively.

“I really don't see fundamental drivers that would signify an increased profitability in LNG at this point,” said Antweiler. “Honestly, I really don't see much scope for developing LNG beyond the one project that's already being built now.”

North American LNG plants are also especially vulnerable to financing challenges, according to the Global Energy Monitor. Of 26 LNG projects around the world reporting issues with financing, 18 are in North America.

In Canada, Bear Head LNG Terminal had financing fall through, LNG Canada is experiencing delays due to the pandemic that will cause cost overruns, while Kitimat LNG appears dead in the water after partners Chevron and Woodside Energy pulled out in 2019 and May 2021, respectively. When Woodside announced its decision, acting CEO Meg O'Neill said it was to focus on short-term value for shareholders.

“The finance community is starting to take notice of the very real risks of multibillion-dollar projects that will naturally require years, if not decades, to get a return,” said Stockman.

There are three LNG projects under consideration in B.C. Premier John Horgan’s office says future LNG projects must live up to the province’s climate commitments, and it will require proponents to show how emissions will be reduced.

Great article. But the poor

Great article. But the poor long-term economics for BC LNG is old news from a couple of other angles.

Geoscientist David Hughes did the math on fracking in BC's Montney and Horn River basins and found a similar trait there as his prior research in the five US shale formations, namely very steep well production decline rates due to characteristic geological constraints. They are quick to peak and sputter out, which leads to the exploitation of the most profitable sweet spots first with a flurry of exploitation of the poorer performing locations following the sudden decline.

Another is the building climate legislation and regulation in advanced nations that will put crimps on both exports and imports. BC's problem with escaped methane from fracking will be counted and priced accordingly. Regardless, the cost of emitting will be manifest in that many more extreme weather anomalies.

And, of course, there is the story of the ever decreasing cost of wind and solar compared to fossil fuel extraction and distribution. Some wind power projects in Alberta are ringing in at 3.4 cents per kilowatt hour on private market auctions, which outcompetes coal and gas on the production of electricity. But the story continues with the increasing legitimacy of decentralized / distributed power. 100,000 increasingly affordable roof top solar projects does have a marked effect on the regional grid and energy (i.e. renewable AND fossil fuel) profile.