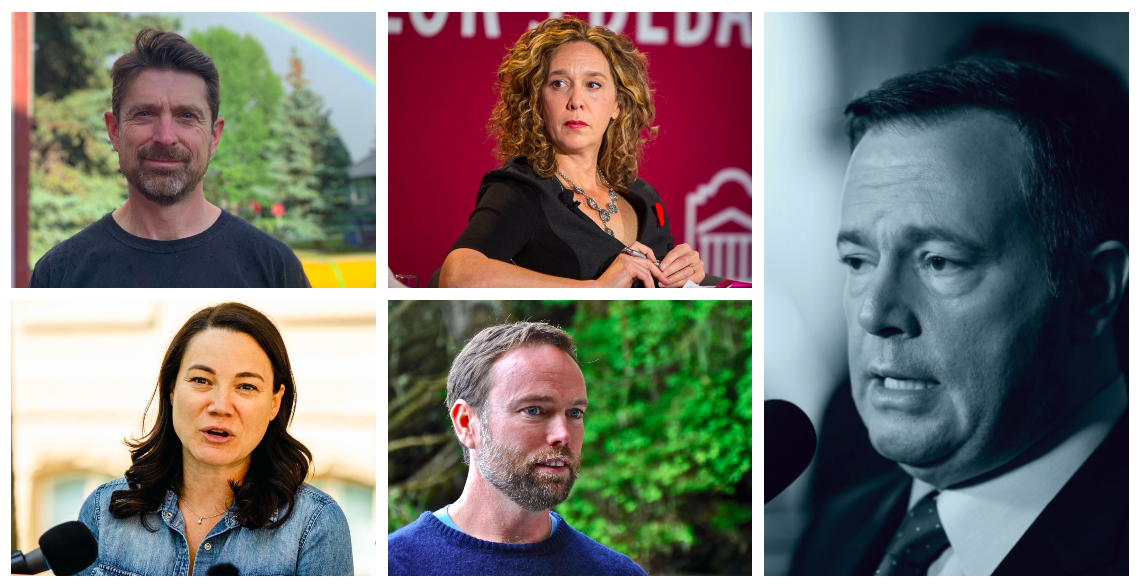 It’s time to apologize to the innocent Canadian environmentalists that you and your allies have hounded, vilified and intimidated for almost a decade. Steve Allan’s anti-Alberta energy inquiry has found the accusations against them to be a complete sham.

Clear their names, once and for all.

Tell the truth, at long last, and admit you were wrong.

Take it back. Take it all back.

I have read the draft Allan report in full.

Concluding a two-year, $3.5-million proceeding that was cloaked in secrecy, Allan found no evidence of a conspiracy by American interests to landlock Alberta oil. He found no misconduct, wrongdoing or impropriety.

The Allan report should close the book on a near decade-long campaign of targeted harassment of conservationists and environmental activists.

Since 2012, Jason Kenney, Stephen Harper, Joe Oliver, Vic Toews and a chorus of others have smeared the reputations of decent Canadians, whose only sin was trying to protect Canada from environmental degradation and climate change.

For their activism, environmentalists were baselessly put on Canada's terrorist watch list, accused of money-laundering, investigated for widespread tax fraud and accused of a globalist conspiracy against Alberta.

This witch-hunt exacted a human toll no one in a free democracy should have to pay.

Take just one example, Greg Knox, executive director of SkeenaWild Conservation Trust, who has lived for 20 years in Terrace, B.C., a small community of about 11,000 people on the banks of the Skeena River.

‘I had people yelling at me in the street, screaming at the top of their lungs, saying that I was a liar’

As British Columbia's commercial fishery is gripped by a crisis of collapsing salmon populations, SkeenaWild conducts research and environmental assessments in support of one of North America's most significant watersheds feeding the North Pacific wild salmon population.

Although SkeenaWild has never accepted grants or participated in the Tar Sands Campaign, Knox has publicly expressed his concerns about pipeline spills in the Skeena watershed. For his troubles, the organization has been singled out and named by researcher Vivian Krause.

Reached by telephone, Knox described the devastating consequences, which he attributes to the endless drumbeat of conspiracy accusations.

“I had people yelling at me in the street, screaming at the top of their lungs, saying that I was a liar, that I was manipulating the public and all sorts of stuff,” he said.

“Two years ago, I attended the tanker ban hearings and testified there. And people came up to my face, threatened me physically, pushing me and screaming at me.

“I was quite shaken and went back to my office. I was alone there and really, really emotionally shaken that this could happen.

“And when I left work that day, three minutes after I got into my vehicle, the same people who went after me showed up in my office. I was watching them from across the street. (If I hadn't left early) I would have to deal with these guys by myself, with no one else around.”

The experience left Knox wondering about a potential for violence he’d never had to consider before.

"I was labelled a conspirator trying to promote the interests of U.S. oil and gas, when in fact I just live here and care about what's going on in my backyard,” he said.

And the conspiracy theory made it easier to discount real issues and concerns over climate and salmon conservation, says Knox.

Nor was Knox the only casualty in his community:

"A lot of our community members decided that it was just too intimidating to express their concerns, because they were attacked on social media, they saw other people like myself being attacked. They just didn't want to put themselves in that situation,” Knox said.

“They were worried that they were essentially being called traitors. The people were implying that they're doing the dirty work of U.S. interests.”

The whole experience tore at the community spirit of Terrace, says Knox. People lost friendships, not over disagreements about resources but because the trust they had in each other was lost.

What's happened to us? No Canadian participating in the national conversation about climate, conservation and resource development should be afraid to walk down the street in their own town.

While it’s widely reported that Steve Allan found no basis for the conspiracy theory at the heart of his inquiry, no one from the Kenney government has ever withdrawn the accusation.

Throughout this process, Kenney only inflamed public sentiment with incendiary rhetoric.

Here is the video of @jkenney making remarks in Fort McMurray today about the jailing of Greenpeace activists is Russia #ableg pic.twitter.com/Ugcj7FFiLc

For Tzeporah Berman of Stand.Earth, founders and leaders of the Tar Sands Campaign, the consequences were more severe.

"When Premier Kenney first announced the War Room... he stood beside a man who held up a poster of my head with a cross through it, and mentioned me by name as being an example of this terrible, anti-Albertan activity that they were going to war against,” she said.

“This unleashed a torrent of death threats and abuse, including misogynist and antisemitic attacks, like ‘Die, Jew bitch, die!’

"It was terrifying. I had a guy call me once, just as I was leaving my office, saying: ‘I like you in that dress. And just so you know, we're watching you everywhere you go — we're watching what you're trying to do in Alberta and you're gonna pay for it.’"

Or the attack at the Edmonton airport that followed Kenney’s endorsement of a hashtag campaign against her.

"I was just walking towards my gate at the Edmonton airport, and some big man walking towards me recognized me, grabbed me, spit in my face and started shaking me and screaming at me,” Berman said.

“I just wrenched myself away from him and ran and hid in a bathroom stall.

“It got so scary that the RCMP recommended that I not come to Alberta for the Alberta Teachers’ Association speech because it was too dangerous for me."

As searing as Knox’s and Berman's experiences are, their stories are far from unique. In interviews conducted with environmental researchers, scientists, activists and ENGO executive staff over the last two months, I heard similar accounts repeated over and over again. Almost no one would speak on the record.

Almost to a person, they pointed to the campaign against Ed Whittingham, former executive director of the Pembina Institute, who was appointed to the Alberta Energy Regulator board by then-premier Rachel Notley.

Called an eco-terrorist on Twitter by prominent influencer Brett Wilson and harangued by Postmedia columnists, Whittingham told reporters Jason Kenney had subjected him to a “smear campaign without precedent in Alberta.”

Sheer madness on the part of @albertaNDP & their fumbling leader @RachelNotley - who pretends to be pro-AB-oil - and then appoints an eco-teorrist looking to shut down our industry to the "Regulator"#NFWhttps://t.co/ZuzrY0uBa1

thx @LiciaCorbella for your efforts to reveal!

What may be the most alarming abuse of official powers was the unauthorized surveillance of Alberta’s then-environment minister, Shannon Phillips, by Lethbridge police. Police officers surreptitiously photographed her in a diner meeting with environmentalists and anonymously posted the images online.

Phillips says the harassment and personalized attacks were highly effective fundraising methods for her opponents. “This is new. Politicians didn’t used to talk about anyone in these terms. It created a permission structure that worked.”

Like many others, Phillips says ordinary people watching all this were intimidated and silenced. They didn’t want to run, get involved or even to put up election signs.

Somewhere along the line, decency was abandoned. When it became OK to name people and attack their integrity, honesty and loyalty, it opened the floodgates for much worse.

Phillips speaks ruefully about an atmosphere of respect and collegiality that has all but disappeared.

Of today’s poisoned atmosphere, she says: “Almost no one treats me like a human being.”

While threats of death or violence became almost ubiquitous and have somewhat subsided, no one really takes them lightly. More than one person talked with deep concern about a house fire at the Vancouver home of a senior ENGO executive, identified as a suspected arson attack.

Many expressed concerns for shielding junior staff from savage attacks and the endless streams of abuse and threats that poured in during the most inflammatory years. Or the millions spent defending organizations against CRA audits and baseless accusations.

Others spoke of months or years of sleepless nights, loneliness and the toll on worried families. The cold fear of the sweeping powers granted to the Allan Inquiry to subpoena personal information or to distort and mischaracterize.

I could go on, but truly, I have been begged not to say anything that could identify many of these sources, who still, to our national shame, are afraid.

And now from Steve Allan, we know the truth.

It was all an elaborate fantasy. All of it.

Of the hundreds of millions of dollars in grants contributed over the last 20 years toward Canadian environmental and Indigenous causes, all were found to align with the stated objectives of conservation or climate activism.

Overwhelmingly, these grants supported Canadian forest, wildlife and marine conservation projects undertaken in partnership with various levels of government, including that of Stephen Harper. A much smaller fraction of international grants supported the Tar Sands Campaign, an effort by climate activist groups to heighten awareness of climate change and stop the expansion of Canadian oil and gas projects.

For the rest of our natural lives, we will face no more urgent moral imperative than addressing climate change. There will be no end of disagreement about how to accomplish that, even within the environmental movement itself.

Still, nothing will change this one hard, unyielding truth.

In the years to come, history will forget Steve Allan and Jason Kenney.

Tomorrow's heroes will be those who never stopped sounding the alarm, no matter the cost. The ones who lie awake at night, staring at the ceiling and wondering how bad this could get, if they are in danger and if they should be putting their kids through this ugliness.

And who then get up in the morning, put the coffee on and somewhere find the courage to keep going.

Take it all back.


Due to the sensitive nature of this story, we have closed our commenting option. Please write us directly with your thoughts. We'd love to hear from you.