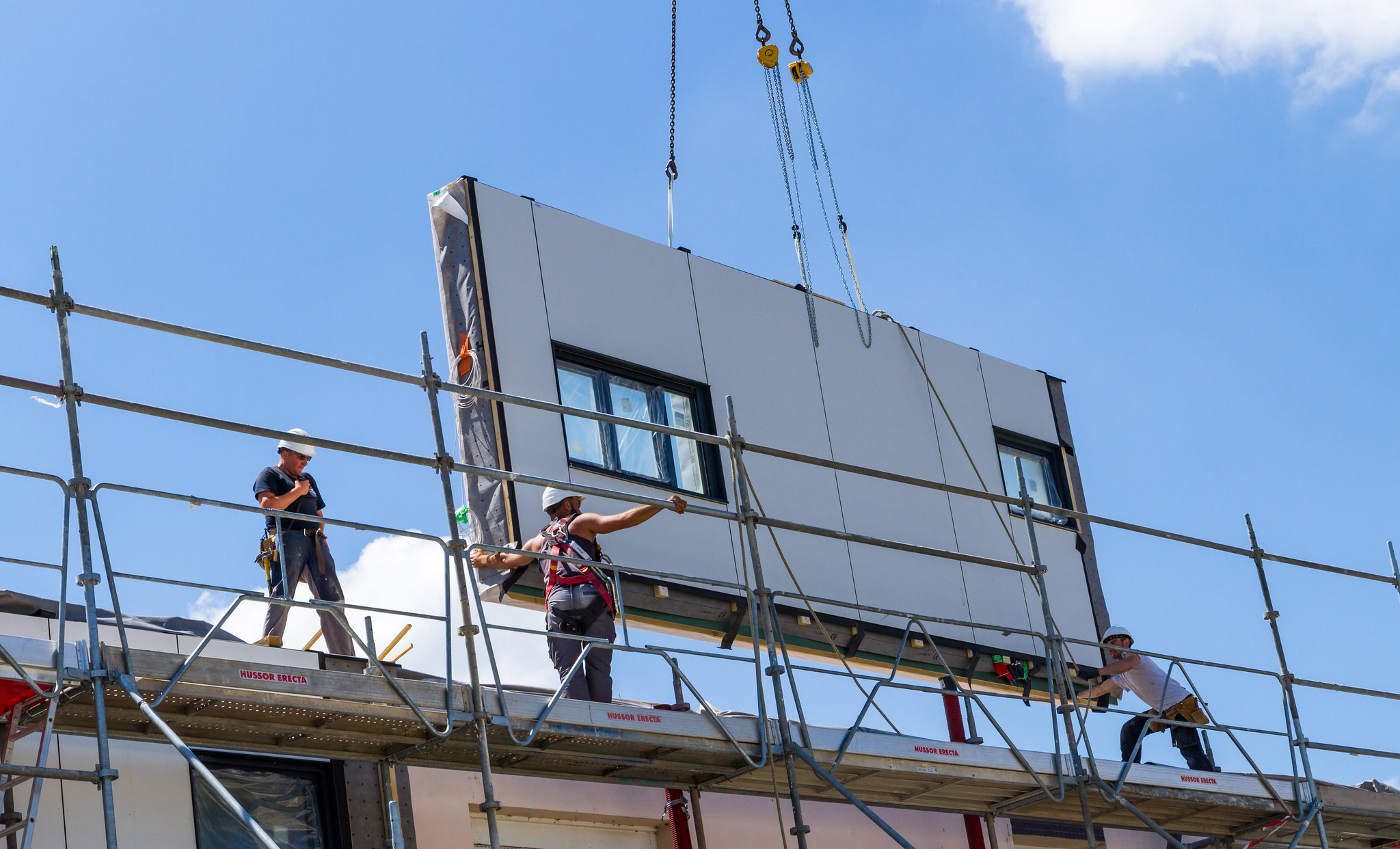 One of the many Energiesprong retrofits in Longeau-Percey, France. Since its origins in the Netherlands, the Energiesprong model has moved to other countries. Photo by Fabrice Singevin
Previous story
Next story

The Liberal Party has a goal to make every building in Canada net-zero by 2050, but without timelines, dollar figures, or other details in its platform, experts worry the plans won’t make it off the page.

In its platform released last week, the Liberals said in order to hit net-zero by 2050, nearly every building will have to be retrofitted, presenting an opportunity to launch a “vibrant retrofit economy.” To achieve this, the Liberals are pledging a suite of measures, some of which are new, and some of which were promised in 2019 and never implemented.

“Overall, the Liberals’ plan does not move as quickly as we need to move on retrofits,” said Robin Tress, a climate campaigner with the Council of Canadians.

“There's quite a focus on individual action as opposed to public assistance and services, and everything in this plan, as far as I can see, is voluntary, not mandatory,” she said. “And most of the promises they have made don't have money attached or many details to go with the promises.”

Tress also flagged the $40,000 interest-free loan for deep retrofits as a recycled promise from 2019.

It “didn't materialize between the last election and now, and so while it sounds kind of neat, I don't know what to make of it because we've heard this promise before and the Liberal Party hasn't delivered on it,” she said.

Homes and buildings are responsible for 13 per cent of Canada’s greenhouse gas emissions, the third-highest sector behind oil and gas, and transportation. Those three sectors are also the three that have had the most emissions growth since 2005.

In a recent report, the Pembina Institute estimates that a renovation wave over the next two decades could create 200,000 well-paying jobs, and create $48 billion in economic activity each year. The report also estimates that it will take $15 billion annually for residential buildings, and $6 billion annually for commercial and institutional buildings, to support that wave. The report recommends Ottawa commit $10 billion to $15 billion annually, in partnership with provinces, to jump-start the renovation wave.

“We tallied all the programs we could find — whether provincial, federal, or utilities — and right now, we've got about $1.5 billion a year in various forms of subsidy going into that sector,” said Pembina Institute's director for buildings and urban solutions Tom-Pierre Frappé-Sénéclauze. “So ballpark, we're talking about a tenfold increase in the scale of the investment we need.”

"We need to start with the premise that every building ... we touch needs to be zero-carbon long before 2050,” says Peter Amerongen of Retrofit Canada. #cdnpoli #elxn44 #ClimateCrisis

Frappé-Sénéclauze said public dollars should be used for the type of deep retrofits that are needed for climate targets because there isn’t always the business case for it, particularly when it comes to switching from fossil fuels to electricity in some regions.

“That's because fossil fuels are super cheap, in part because they've been subsidized massively over the course of their development,” he said.

Peter Amerongen, a co-founder of Retrofit Canada and a managing partner with net-zero Edmonton-based home builder Butterwick, said the piecemeal approach to making buildings more efficient (like installing new windows or new insulation) can make it more challenging to take the important step to net-zero.

That’s because the components of a building are designed to last decades, and 2050 is fast approaching.

“We need to start with the premise that every building ... we touch needs to be zero-carbon long before 2050,” he said.

Net-zero building codes, promised by 2025 in the Liberal platform, would help steer that transition, but Tress said, why wait?

“The conversation around creating a net-zero emission building code is not new, and so if the Liberals were treating the climate emergency like a true emergency, they would be proposing to introduce that building code next year,” she said.

Frappé-Sénéclauze said the lag between when new national building codes are set and when provinces adopt them is all the more reason to accelerate the timeline.

“Frankly, all new construction is the easiest problem to solve,” he said. “The most straightforward thing to do ... in jurisdictions where there is cleaner electricity … is make sure all of the buildings are fully electric.

“There's no rationale for new construction to continue to be connected to a natural gas system when we know that we're already going to have a huge challenge converting all the buildings that are existing that are on gas to a clean resource.”

The Liberal Party platform says if re-elected it would “launch a community-led net-zero homes initiative that supports projects that pursue multiple concurrent retrofits in a community or neighbourhood, to reduce overall costs,” adding the program would be modelled on “Energiesprong.”

Launched by the Dutch government in 2010, Energiesprong is a way to do deep retrofits that bring a home to net-zero — without the people who live in the home having to leave. It works by taking a 3D scan of the building, and then new energy-efficient walls and roofing are prefabricated off-site, and quickly installed on the outside of the building.

“It’s so brilliant … it is hyper-efficient, it's hyper-insulated, there's very little unintentional air leakage, and you can do them on big residential buildings, like public housing, without people having to move out,” said Tress.

The Dutch had a lot of postwar social housing buildings that were built at the same time, in similar shapes, and owned by social housing entities that could cheaply borrow money from the government, explained Frappé-Sénéclauze.

It’s “not quite cost-effective yet,” he said, “but they had a big scale-up of it, and they had several large construction companies take on that challenge and reduce the cost.”

Tress and Amerongen both said another benefit of a massive deep retrofit program would be the number of jobs it creates.

I am thinking of running for