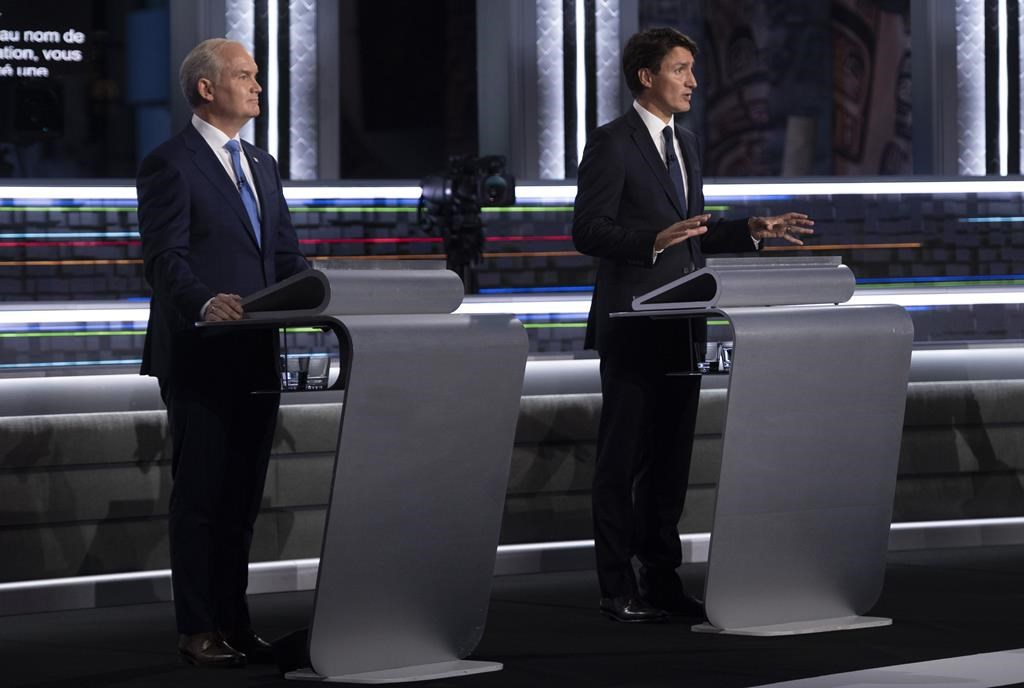 A new poll shows a complete deadlock between Justin Trudeau's Liberals and Erin O'Toole's Conservatives with less than one week left in the federal election.

The poll conducted by Leger in collaboration with The Canadian Press shows both parties tied with the support of 32 per cent of decided voters, with the NDP in third place with 20 per cent.

The polls cannot be given a margin of error because internet-based polls are not considered random samples.

The leaders are back on the campaign trail today after spending yesterday sharpening their attacks, with O'Toole painting his opponent as privileged and entitled — saying while Trudeau was "partying," he was doing search-and-rescue missions in the military.

Trudeau accused O'Toole of engaging in "personal attacks," and insisted his own actions could not be compared to the Tory leader's, even while arguing O'Toole has "proxies" in the anti-vaxxer movement, without providing concrete evidence.

This report by The Canadian Press was first published Sept. 14, 2021.