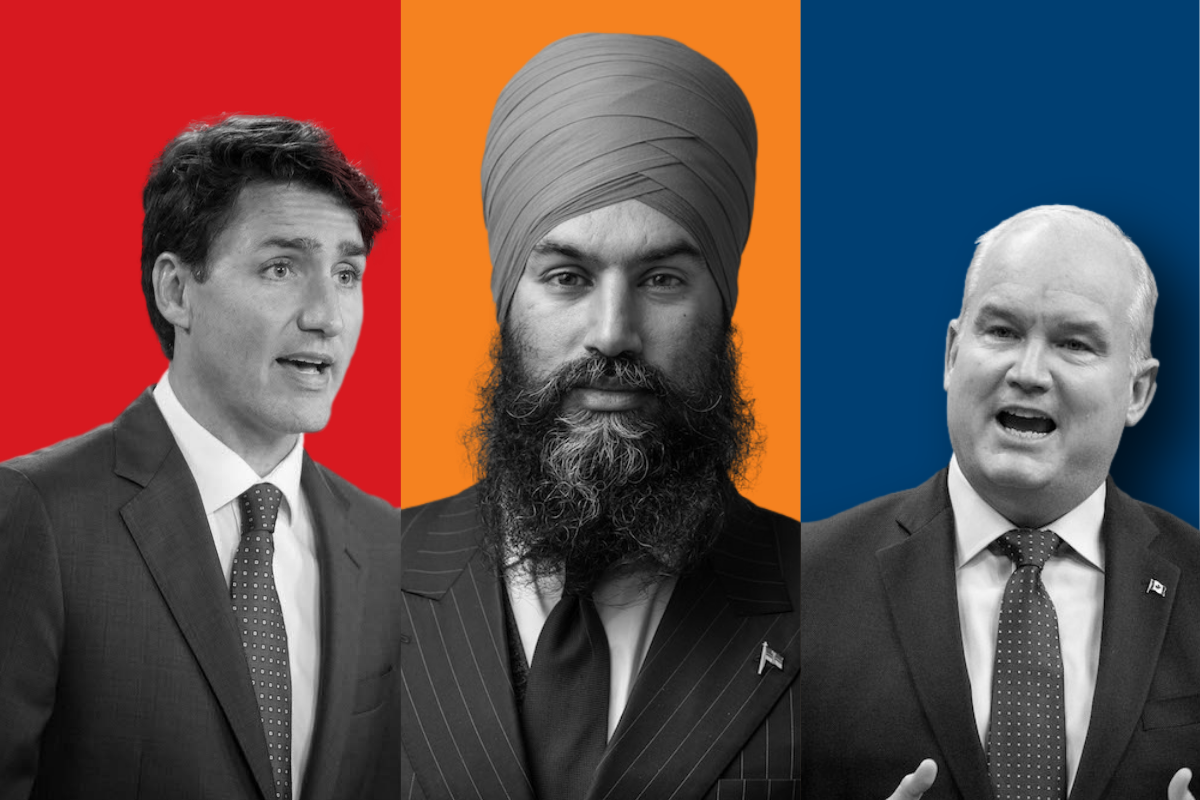 The three main political parties battled it out with Facebook ads during the campaign's home stretch. Photos by Alex Tétreault and Erin O'Toole / Flickr, illustration by Canada's National Observer
Previous story
Next story

As the election campaign headed into the first of three leadership debates, there was a consensus among pundits, pollsters, and columnists that the head-to-head contests would spark the real campaign for an engaged electorate.

The French-language TVA debate kicked off the action on Sept. 2, followed by French- and English-language contests. If history is any guide, leaders’ debates rarely move votes.

Their effect may have been debatable, but the high-profile televised encounters did shift the campaigns into a higher gear, and nowhere was this more apparent than on the advertising front. TV, radio, print and social media were filled with political party messages casting for votes by trashing the opponents.

The uptick in ads was also evident on Facebook, a venue Canada’s National Observer has been mining for trends by grouping the ads by topics, age groups, gender and the regions being targeted.

Heading into the debates, the Liberals outspent their main political opponents, the Conservatives, the NDP and Greens. The Bloc’s presence on Facebook was negligible. The same held true for the Greens, before and after the debates.

“Those who win the campaign are those who impose their agenda,” Jean-Marc Léger, president of polling firm Leger, said in an interview with Canada’s National Observer.

“It’s the ballot-box question. What does the voter have to remember in the voting booth? What were the last messages they saw running in the ads?”

The visualizations below examine how some of those messages played out.

During the federal election's home stretch, political parties ramped up their spending on advertising. Here's how that trend played out on Facebook. #elxn44 #cdnpoli

The NDP used social media platforms such as TikTok to extend the reach of its popular leader Jagmeet Singh. According to many polls, the party seemed to resonate with younger voters between the ages of 18 and 34. That resonance is evident in the graph below, especially when compared to ads seen by older age groups from 45 and up.

The Liberals and NDP leaned on promises such as spending more on daycare to attract female voters who polls suggested were more likely to cast their ballots for the two parties and not the Conservatives. The graph shows both parties targeting women slightly more than men.

Digging into the regional breakdown

Though the national polling numbers suggested a horse race, a closer look at the regions showed the Liberals holding leads in seat-rich Ontario and Quebec. Experts interviewed by Canada’s National Observer say that given this political reality, it came as little surprise those jurisdictions were key targets. The graph shows this to be the case for the three main parties.

Was there a ballot-box question?

During the election, Liberal Leader Justin Trudeau was pummeled for failing to articulate a ballot-box question during an election his opponents characterized as needless and a waste of taxpayer money.

While polls suggested topics such as the climate crisis and health care were top of mind for voters, the topics listed in descending order in the graph below illustrate the parties were more intent on pushing messages about the election.

Now that the election is over with a result that essentially maintains the status quo, parties and their supporters will continue to push their messages on issues such as climate change, vaccinations and health care. Some of that activity will play out on Facebook.

One topic that promises to recede into the background is talk of another election.

We will be watching.