A mea culpa and plea for better election journalism 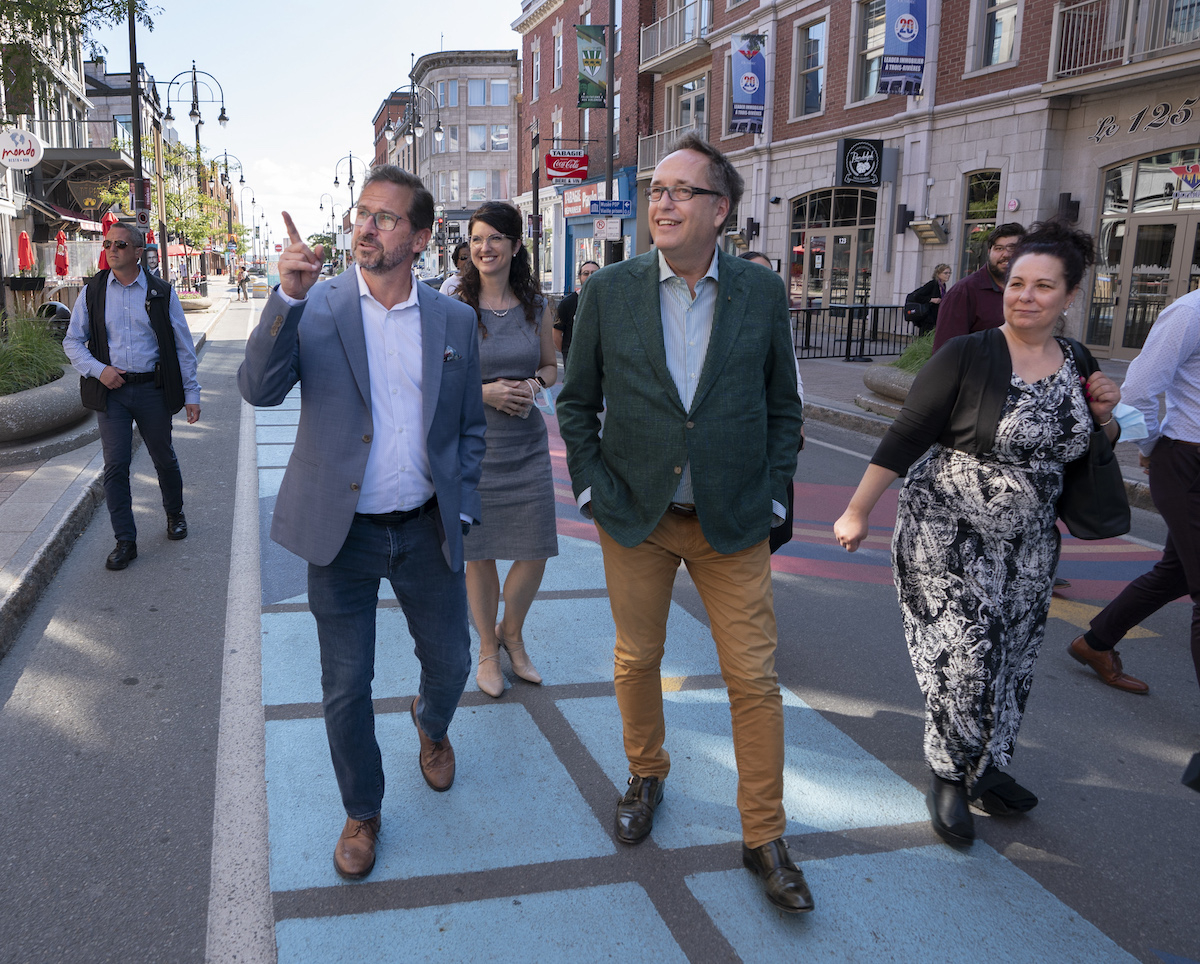 There's been no shortage of takeaways for all the parties in this last election but little reflection from one key player: our press.

It's probably quaintly anachronistic, but the fact that the press is the only profession or industry explicitly protected in the Canadian Charter of Rights and Freedoms means something to this writer.

Freedom of the press is protected as a pillar of democracy because it's essential.

That means, in my old-fashioned book, that the news media has democratic obligations of sorts, especially during elections.

In that context, what follows is not a rant, but a plea. And mea culpa.

I like to think of myself as a pretty well-informed Canadian, but it dawned on me the other day that in all the election coverage, I learned almost nothing about the Bloc Québécois, which, Dear Reader, elected the third highest number of MPs in the last two elections, behind the Conservative Party of Canada.

Nor did I look.

Apart from Yves-François Blanchet, whom I might or might not recognize on the street, I don't know a single other Bloc MP, or any of their portfolios. It's humiliating to admit, but in a wholly foreseeable minority government where every party matters, I have no idea where the Bloc stands on most issues, or how its brand of Quebec nationalism factors into the effective governing of Canada.

And I didn't learn anything from news reports or commentary, either. There has been precious little analysis of this question.

Tellingly, on the eve of the federal election, several of Canada's pre-eminent political journalists and commentators held a Twitter discussion about how to pronounce Blanchet's surname — the leader of the Bloc through two elections.

Opinion: Coming out of #elxn44, those of us in media must be measured and judicious in editorial decisions about how to direct our limited resources to fairly report on matters of concern to all Canadians, writes columnist @Garossino. #cdnpoli

Nowhere were the consequences of our collective blind spot over Quebec more evident than in the English-language debate. Rather than probing deeply into Bloc priorities during the only opportunity most Canadians had to learn more, the moderator questioned Blanchet sharply about provincial legislation enacted by a different party.

By contrast, we know altogether too much about Maxime Bernier, a man who finished fourth in his own riding and whose party elected not a single candidate.

Canadians were served up wall-to-wall daily coverage of Bernier and the People's Party of Canada for the entire campaign because Bernier — or, more likely, his advisers — understands exactly how to get it.

Justin Trudeau is the bête noire of the PPC's target market. Nothing could be more satisfying to that demographic than to hurl insults, abuse and worse at the prime minister every day, or watching others do the same thing.

Knowing that national network cameras would follow Trudeau's every move, the PPC orchestrated screeching tantrums at every whistle-stop on the campaign trail.

After the first one or two, these choreographed spectacles were not news, but made irresistible TV. The networks did not resist.

This strategy of garnering millions of dollars in free election advertising, shareable on social media, was rarely critically examined or called out in coverage.

Where would the PPC have ranked in election without this free marketing from news outlets? Probably half of the five per cent they received. Or less. That's a problem for a democracy that Bernier openly mocks and seeks to shatter.

Bernier roped the media into becoming his collaborator, and we all went along. He's at it still, directing dangerous and threatening targeted harassment towards individual journalists in a pretty naked ploy to continue drawing the "media elite" indignation that pulls membership and donations.

This creates a serious dilemma for journalism because what Bernier is doing is clearly newsworthy, though primarily in context of how he's exploiting the imperatives of news coverage and stoking violence. The risk to the public cannot be ignored.

These are difficult editorial decisions.

Coming out of this election, those of us in media must be measured and judicious in editorial decisions about how to direct our limited resources to fully and fairly report on matters of concern to all Canadians.

It's no secret in the United States that democracy itself is on the line.

In our elections, the press is also a participant. Just as the campaigns sift through the detritus of what we just went through, it's incumbent on us to do the same.

re: Bloc Quebecois: Yes, they

re: Bloc Quebecois: Yes, they are v. relevant to government, but Elections are about voting and they do not field candidates in ROC, so are not relevant to my ROC voting choices. As to their policies, Blanchett said it all in the debate: "I will support any policies that favour Quebec".
Attacking this pro-Quebec stand will just entrench it (see debate reaction re: racism; see also research on anti-vaxxers) so the ROC parties need to offer positive policies and candidates that are attractive to Quebecois voters. Unfortunately, politicians who wear their religion or their self righteousness on their selves are apparently not attractive to Francophone Quebec voters - See wide support for Bill 21.

You have a point, but it's

You have a point, but it's not quite that simple. What is a policy that "favours Quebec"? Some would say that a policy of building lots of pipelines through Quebec would create jobs and hence "favour Quebec". That does not seem to be the Bloc's position, however--they seem to feel rather that building pipelines through Quebec threatens Quebec with the possibility of spills and the worsening of climate change. Some would say that, since Quebec has citizens of many cultural backgrounds, policies of multiculturalism and strong respect for different people's rights would "favour Quebec". Again, the Bloc seems more to think that policies pushing Francophonie and secularism (for Moslems and Sikhs and maybe some Jews, but in effect not Christians) "favour Quebec".
So the worldview of the person trying to "favour Quebec" matters.

It's still true that I'm not in a position to vote for 'em even if I wanted to. But it matters in a minority parliament that we can probably expect them to support Green initiatives, but anti-racism not so much.

Religion isn't race, so striving for secularism in public life is not racist. Quebec is a leader in this as well as being the first province to sideline the cult of Catholicism and defund their schools.

Interestingly, living in Quebec and consumer of english and french media here there is not much on the Bloc on the english side. Strange to say it and I don't know how else to explain it, but it feels like they're not at all interested in the unilingual anglophone vote?

As for speaking for all Quebeckers or looking out for 'our' interests , that's a conceit on their part - obviously they do not. :) I look forward to a post first-past-the-post world where regional parties, like the Bloc, are not able to punch so far above their weight.

The Canadian attitude to the

The Canadian attitude to the Bloc kind of validates the notion of Quebec as a separate country: not that interesting to us, an internal matter.

With other countries, you don't freak so much if Spain flips from Socialist to Fascist governments (the Spanish electorate use these terms pretty openly in conversation, I can verify), because Spanish foreign policy towards Canada probably won't change much.

Ditto Quebec: a Liberal government taking over the National Assembly (or a bunch of fed Liberal MPs who don't want to lose their seats next election) will probably treat the rest of Canada much the same as Bloc MPs or MNAs would, because Quebec has certain unchanging interests. Neither one would negotiate away Quebec dairy protectionism, not if they wanted to avoid an unemployment line.

Lastly, interest in the Bloc would have been higher if they'd been more visible in this last two Parliaments. I can't recall a single program they championed.