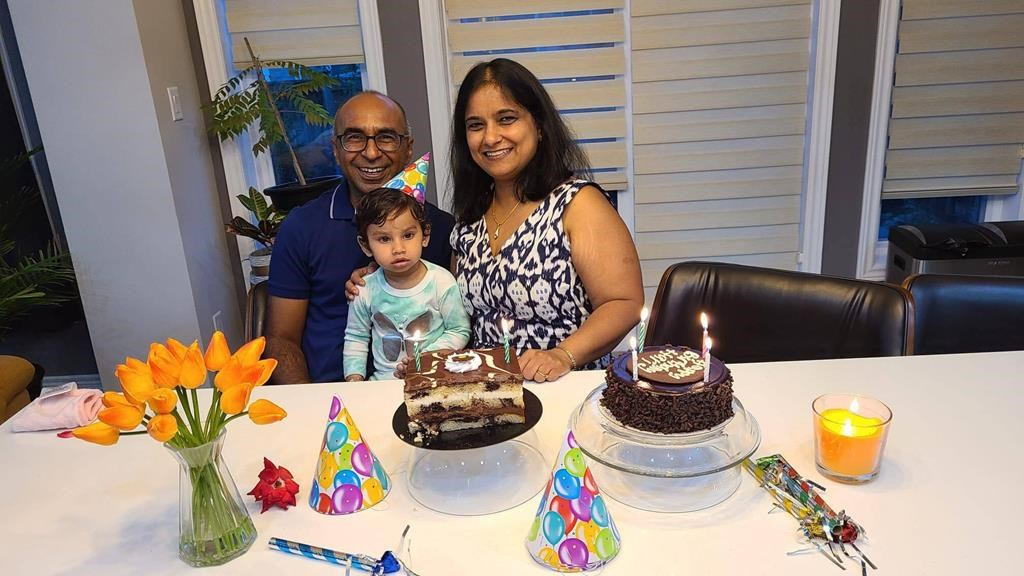 Hari Gopal Garg, left, Komal Garg, right, and daughter Kaveri were set to return from India to Toronto on April 25, but flights were banned three days earlier. Photo via The Canadian Press
Previous story
Next story

In a post on Twitter, Transport Canada said direct flights from India can land in Canada, but travellers must have a negative COVID-19 test from an approved laboratory at the New Delhi airport no more than 18 hours before their departure.

“Beginning at 00:01 EDT on Sept. 27, direct flights from India can land in Canada with additional public health measures in place,” the department said.

“Travellers must have proof of a negative COVID-19 molecular test from the approved Genestrings Laboratory at the Delhi airport taken within 18 hours of the scheduled departure of their direct flight to Canada.”

But one family’s journey raises questions about whether the direct flight ban had the intended impact.

Hari Gopal Garg and his wife Komal Garg travelled from Toronto to India to adopt a baby girl, Kaveri, and were set to return to Canada on April 25, three days after direct flights were banned.

The family decided to make a long trip back home, travelling through two other countries, so Garg could get back to work and they could resume their lives, he said.

Garg and his family began their journey on June 8, travelling from India to Paris to Mexico, before landing in Canada six days later. Their travel included a three-day stay in Mexico and COVID-19 tests at every stop.

“We were very nervous,” he said Monday.

Transport Canada said airlines would be checking travellers’ #COVID19 test results and confirming that fully vaccinated passengers had uploaded their information to the ArriveCAN mobile app or website.

“You are contacting so many people on the way. You are changing flights. You are staying in hotels. It's like the government created more ways to spread COVID. Otherwise, you could come just directly without having so many touchpoints.”

The family spent about $6,000 on the trip, including hotel stays. The trip would have otherwise cost them about $2,000.

“I don't think the flight ban helped at all,” Garg said.

But Garg said he is happy flights between the countries have resumed because there are a number of older people and families with children who may not have been able to make the long and expensive journey to Canada.

“I just hope the government makes some rational decisions in the future without any hidden political agendas,” Garg said.

“Think about the people who are suffering because of these and then make some wise decisions.”

Transport Canada announced in a news release last week an extension to the ban on all direct commercial and private passenger flights to Canada from India through Sunday.

The department said that following the end of the ban, airlines would be checking travellers’ COVID-19 test results and confirming that fully vaccinated passengers had uploaded their information to the ArriveCAN mobile app or website.

Travellers who come to Canada from India via an indirect route must obtain, within 72 hours of departure, a negative COVID-19 molecular test from a third country, other than India, before continuing their journey to Canada.