Movies: Bond is finally here, boys are rescued — and from VIFF, life in Sarajevo as seen from Vancouver 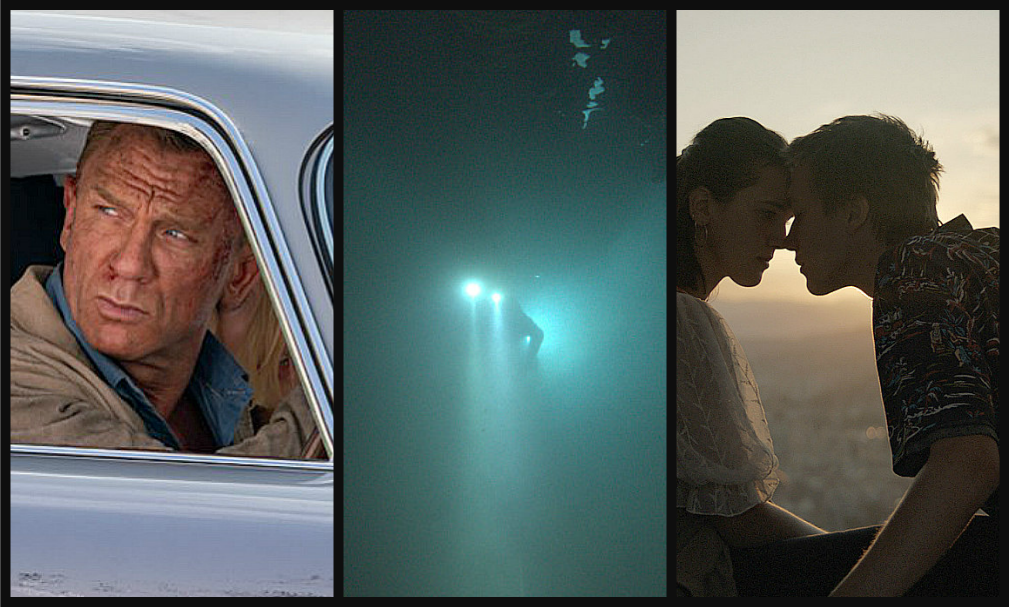 We've got a few more days at the Vancouver International Film Festival, and a few more films to read about here. I should mention, though, that I've been hearing very good things about the Nordic comedy The Worst Person in the World and the Korean thriller Sinkhole. Maybe I can still catch them.

Notice, too, that Night Raiders, also from VIFF, is opening across the country today; at 80 locations, including here in B.C.(International Village and several suburban theatres around Vancouver.) That's better than ever before for an Indigenous story and by Indigenous filmmakers.

And there's also that huge non-festival film featuring 007, and a very good small film about those Thai boys rescued from a flooded cave.

NO TIME TO DIE: It's almost 20 months since this James Bond epic was supposed to come out, and almost six years since the last one, but it's here finally, and interest is astronomical and the box office may match it. Is it worth it? Yes and no. It has what you want. Tire-screeching driving, guns and gadgets, a supervillain's plot, Bond and his cohorts and his women. And Daniel Craig is solid in the lead. All that, but delivered differently. It starts and ends strong, but slows down with too much hazy story in between. At close to three hours, it also feels long.

There's spectacular action early on (car rollovers, driving up and over a wall, much gunplay) and more to come. But this film has Bond turned introspective. What's it all mean, he seems to be feeling. That's understandable. He retired as 007 last movie, enjoys fishing in Jamaica, and living with Madeleine (Léa Seydoux). But an opening sequence shows a traumatic incident when she was a little girl, and the perpetrator reappears with a crazy and not-well-explained scheme to poison people with a toxic chemical. Rami Malek plays him, exuding more weirdness than menace. When Bond's old CIA friend Felix Leiter calls on him to help out, he's back with his old crew (M, Q, Moneypenny) and a new 007 (Lashana Lynch). The mission leads him to a remote island between Russia and Japan where the villain has a huge pool that he calls a “garden of poison.” What to do? Call in a missile strike? Can Madeleine, her daughter, and Bond get off the island if it comes? It's a fitting farewell to Craig's term as Bond, vibrantly directed by Cary Joji Fukunaga, but overloaded. (5th Avenue, The Dunbar, Scotiabank, Marine Gateway, and many suburban theatres.) 3 out of 5

THE RESCUE: It's a story you probably know from the intense news coverage three years ago, or maybe from the documentary version at the film festival the following year. Remember the 12 boys and their soccer coach trapped in a cave in Thailand for almost three weeks, unable to get out because the passageways were flooded? Well, be amazed at how much suspense and tension expert filmmakers can stir up even when you know the ending. This is a gripping film; better than fiction.

Reporters, rescuers, and parents swarmed to the scene. Thai Navy Seals were put in charge, but they didn't have the equipment or experience for cave diving. Rick Stanton and John Volanthen did it as a hobby in England and came over to help out. The film mentions divers from other countries who came; not, though, the one from Langley who was in the other film. What we do get is a very detailed explanation of the problem, the various chambers on the way to where the boys were, the geology and the water issues, the declining oxygen, and the difficulties in reaching them and getting them out. Drawings and animations and very clear cinematography show it all. I can't tell whether any of it has been restaged, but it doesn't matter. The drama is intense, especially when they have to decide whether to sedate the boys to bring them out. And the monsoon rains were imminent. Filmmakers E. Chai Vasarhelyi and Jimmy Chin won an Academy Award for a previous display of suspense and human effort (Free Solo) and they should be candidates again. (International Village.) 4½ out of 5

THE WHITE FORTRESS: We've seen films about Sarajevo before, particularly about the civil war that raged in the 1990s. This one is about today and through a sort of Romeo and Juliet story shows life as it is and laments what has happened. That's evident in the background, but I'd like more focus on it. The writer-director feels strongly about it. Igor Drljaca was born there, spent part of his childhood there, and now teaches film production at the University of British Columbia. He says post-Communist cronyism and rampant capitalism have created two classes of people and massive youth unemployment.

Faruk and Mona are living with that. He's streetwise; steals scrap metal to sell and does odd jobs for a criminal. She's the daughter in a politically connected family and about to be sent off to be educated in Toronto. They weren't ever supposed to meet, or as a character says in another context, “Don't mix aluminum and iron.” But they do meet in a chance encounter and a sweet relationship starts up. Meanwhile, pressures bear on them. Her dad gives her orders (like German occupiers in war movies playing on TV). He has to defy a demanding hood he works for. He's close to a loving grandmother; she says her parents don't love each other; they're in a “work arrangement.” Class and young love are well-portrayed, but still I'd like more context from the city where it was filmed. (Screening Saturday and Sunday at VIFF and streaming every day at VIFF Connect.). 3 out of 5

WIFE OF A SPY: There have been many attempts to get Japan to own up to atrocities it committed during the Second World War, and this film takes a stab at it in a low-key, oblique way. It's a melodrama about a marriage. There are suspicions of infidelity as the wife wonders why her merchant husband took a trip to the Chinese region of Manchuria, which Japan had invaded, and who that woman is he brought back. The husband, meanwhile, wants to publicize what he learned there about Japan's conduct in the occupation. Barbarism is one word to describe it.

So the film is about loyalty. About belief in your government and about trust between couples. It's a bit artificial and arty to draw the parallel that way, but the film is engrossing and intense, though slow to start. It subtly pushes a valid argument. Japan wasn't in the war yet when the story takes place, but was already acting like an aggressor. Do you speak up? The police are watching for spies. Is the husband one? Good questions. Starring Issey Takahashi and Yû Aoi, and under the workman-like direction of veteran Kiyoshi Kurosawa (not related to Akira Kurosawa, by the way). (Screening Sunday and streaming any day at VIFF Connect.) 3 ½ out of 5

THE ELECTRICAL LIFE OF LOUIS WAIN: The VIFF opener has one more screening (Saturday dinner time) and no streaming, so get there if you want to support the programmers' faith in this whimsical, feel-good movie. It's pretty light, though, and yes Benedict Cumberbatch is good as always. He easily inhabits the personality of this dreamer. Wain was a British illustrator, who we are told popularized taking in cats as pets. Were they not so before him?

He was fast, drew with both hands, and depicted cats as anthropomorphic creatures, much like cartoons have done. He worked for the Illustrated London News, and for a time in New York, and caused a sensation. Well, among cat people anyway. At the same time, he expounded obscure theories about electricity and how it affects people more than they know. It's loose and thin, with talented actors like Claire Foy, Olivia Colman, Toby Jones, Andrea Riseborough, and even Taika Waititi, usually a director, in the cast. And that's musician Nick Cave playing H.G. Wells in a cameo. It's not at all deep, but is amusing. Cumberbatch has another one, Power of the Dog, recently added for Monday, the last day. (VIFF.) 3 out of 5

I'm planning to watch The

I'm planning to watch The Rescue, but I suppose it's too much to hope that Elon Musk plays a bit part as malevolently narcissistic but incompetent supervillain.