By Mark Hertsgaard | News | October 12th 2021
#19 of 99 articles from the Special Report: COP26: Uniting the World to Tackle Climate Change 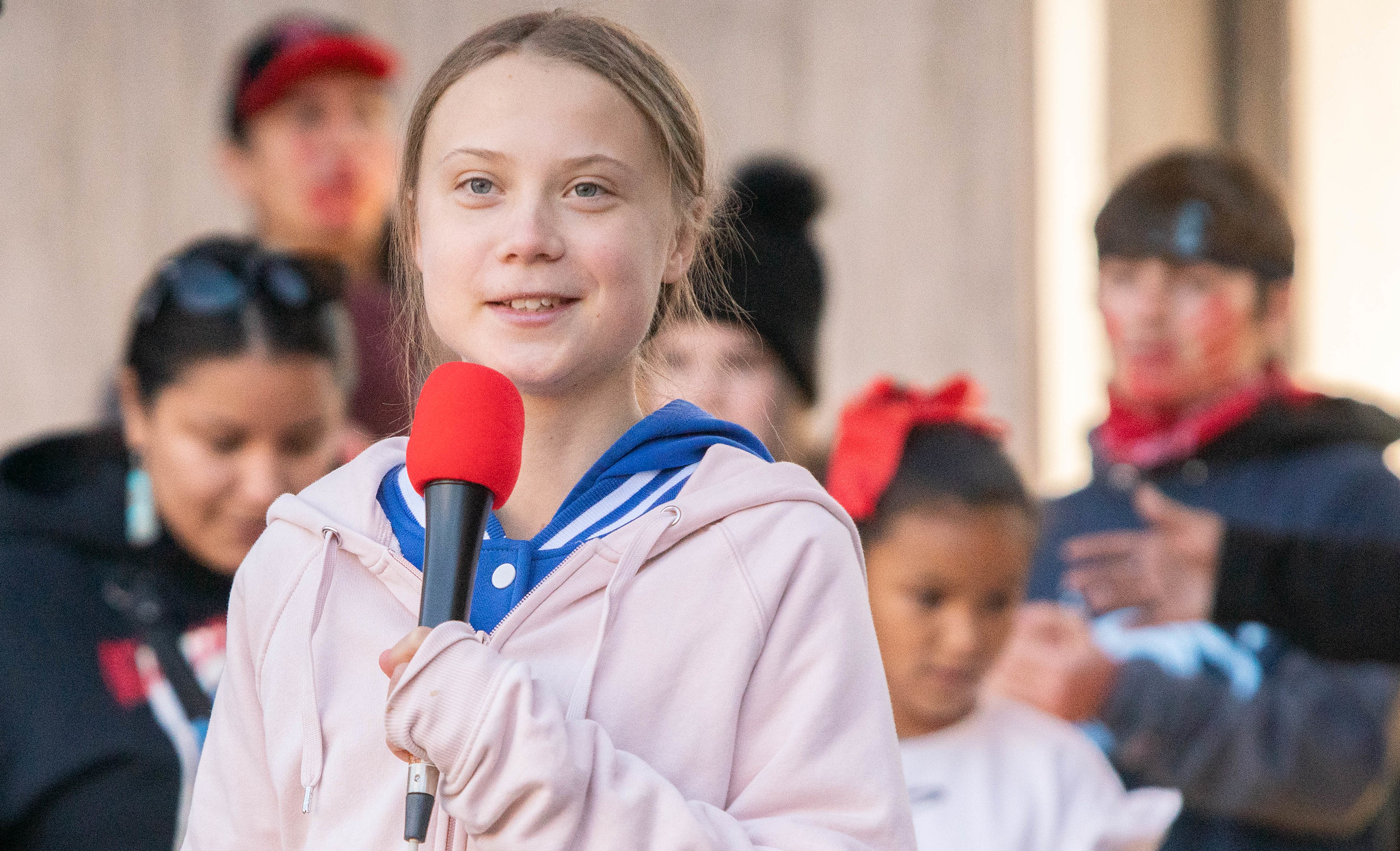 This story originally appeared in The Nation and is part of Covering Climate Now, a global media collaboration strengthening coverage of the climate story. The interview with Greta Thunberg was conducted by CCNow partners NBC News, Reuters, and The Nation.

Greta Thunberg is “open” to meeting with United States President Joe Biden at the United Nations climate summit in Glasgow, though the young Swedish activist does not expect much from either the U.S. leader or the make-or-break summit that runs Oct. 31 to Nov. 12.

In an interview with the global media collaboration Covering Climate Now last Wednesday, Thunberg expressed surprise at the idea that Biden, or any world leader, might want to sit down with her at COP26, but said she was open to the possibility, if asked. “I guess that will depend on the situation,” she said. “I don’t see why these people want to meet with me, but yeah.”

A week before she entertained the question about whether she would meet with Biden, Thunberg had accused the U.S. president and other world leaders of offering pretty words but no real action on climate, only “blah blah blah,” in a speech to the Youth4Climate summit. That Sept. 28 clip went viral. In the CCNow interview, conducted by NBC News, Reuters and The Nation, she complained that youth climate activists “are not being taken seriously” by world leaders. “They’re just saying, ‘We listen to you,’ and then they applaud us, and then they go on just like before.”

The suggestion that Biden has not only spoken strongly about the climate crisis but also is trying to pass the most ambitious climate legislation in U.S. history does not impress Thunberg. The climate measures in the Democrats’ spending plan now under ferocious negotiation in Washington have “been so much watered down by lobbyists,” she said, “so we should not pretend that this would be a solution to the climate crisis.” Biden’s political problem — that as president in a democracy, he shares power with a legislative body where he faces unanimous Republican opposition that is determined to block his agenda — does not interest her. She judges by results only: “Emissions are still going up.”

The notion of meeting with the president of the world’s other climate change superpower, Xi Jinping of China, seemed even more distant to Thunberg than a meeting with Biden. Calling Xi “a leader of a dictatorship,” she nevertheless did not rule out the idea. She stressed, however, that “democracy is the only solution to the climate crisis, since the only thing that could get us out of this situation is …massive public pressure.”

Wearing a grey hoodie and speaking from her kitchen table in Stockholm, Thunberg said that she will attend November’s COP26 despite the summit’s potential for “empty talk” and “greenwashing” because the gathering of thousands of government officials, activists, scientists and journalists is an opportunity “to show that we are in an emergency, and … we are going to try to mobilize people around this.”

“In such an emergency as we are in right now, everyone needs to take their moral responsibility, at least I think so, and use whatever power they have, whatever platform they have, to try to influence and push in the right direction, to make a change,” she said. “I think that’s our duty as human beings.”

Making COP26 a success, Thunberg suggested, requires unflinching honesty about “the gap between what we are saying and what we are actually doing... That’s not what we are doing now. We are trying to find concrete, small solutions that are symbolic in order to make it seem like we are doing something, without actually confronting the problem at all. We are still not counting all the emissions when we are announcing targets. We are still using creative accounting when it comes to emissions cuts, and so on. As long as that’s the case, we will not get very far.”

Thunberg endorsed the many lawsuits demanding compensation from fossil fuel companies for their decades of lying about climate change and the resulting damage and suffering, especially in frontline communities. “I think that these people need to be held accountable for all the damage that they have caused… especially for the people whose communities and whose health and livelihoods have been devastated by the actions of these companies,” she said. “I think that’s the bare minimum to ask for.”

The activist also called out the world’s media, which she said has largely “failed… to communicate the emergency that we are in.” She noted that “there are many, many news organizations and journalists that are trying” to do more, and she called the media “one of my biggest sources of hope right now.” Citing the coronavirus, she said that “when the media decided to treat this pandemic as an emergency, that changed social norms overnight. If the media decided, with all the resources that they have, to use their platform … they could reach countless people in no time, and that could have huge consequences, positive consequences.”

Thunberg’s core message has been consistent from the time she first emerged onto the world stage with a fiery denunciation of global elites at the World Economic Forum in Davos in January 2019: Listen to the science and do what it requires; the science says our planetary house is literally on fire, and world leaders and everyone else should act like it.

The fact that world leaders, by her own account, are not doing what she and millions of activists are demanding has not led her and other movement leaders to consider new strategies and tactics, at least not yet. “Right now, we are just repeating the same message, like a broken record,” she said. “And we are going out on the streets because you need to repeat the same message … until people get it. I guess that's the only option that we have. If we find other ways of doing it in the future that work better, then maybe we will shift.”

Thunberg emphasized that she sees “many, many bright spots” in the climate emergency, citing the millions of people around the world who are taking action. “When I’m taking action, I don’t feel like I am helpless and that things are hopeless, because then I feel like I’m doing everything I can,” she said. “And that gives me very much hope, especially to see all the other people all around the world, the activists, who are taking action and who are fighting for their present and for their future.”

Asked where she sees herself, and humanity, 10 years from now, Greta Thunberg smiled and said, “I have no idea. I think as long as I’m doing everything I can, as long as we are doing everything we can, we can just live in the moment and try to change the future while we still can, instead of trying to predict the future.”

Mark Hertsgaard is the executive director and co-founder of Covering Climate Now and The Nation’s environment correspondent.

Fast fashion is cheap, but our environment is paying the price