Confessions of an optimistic Green 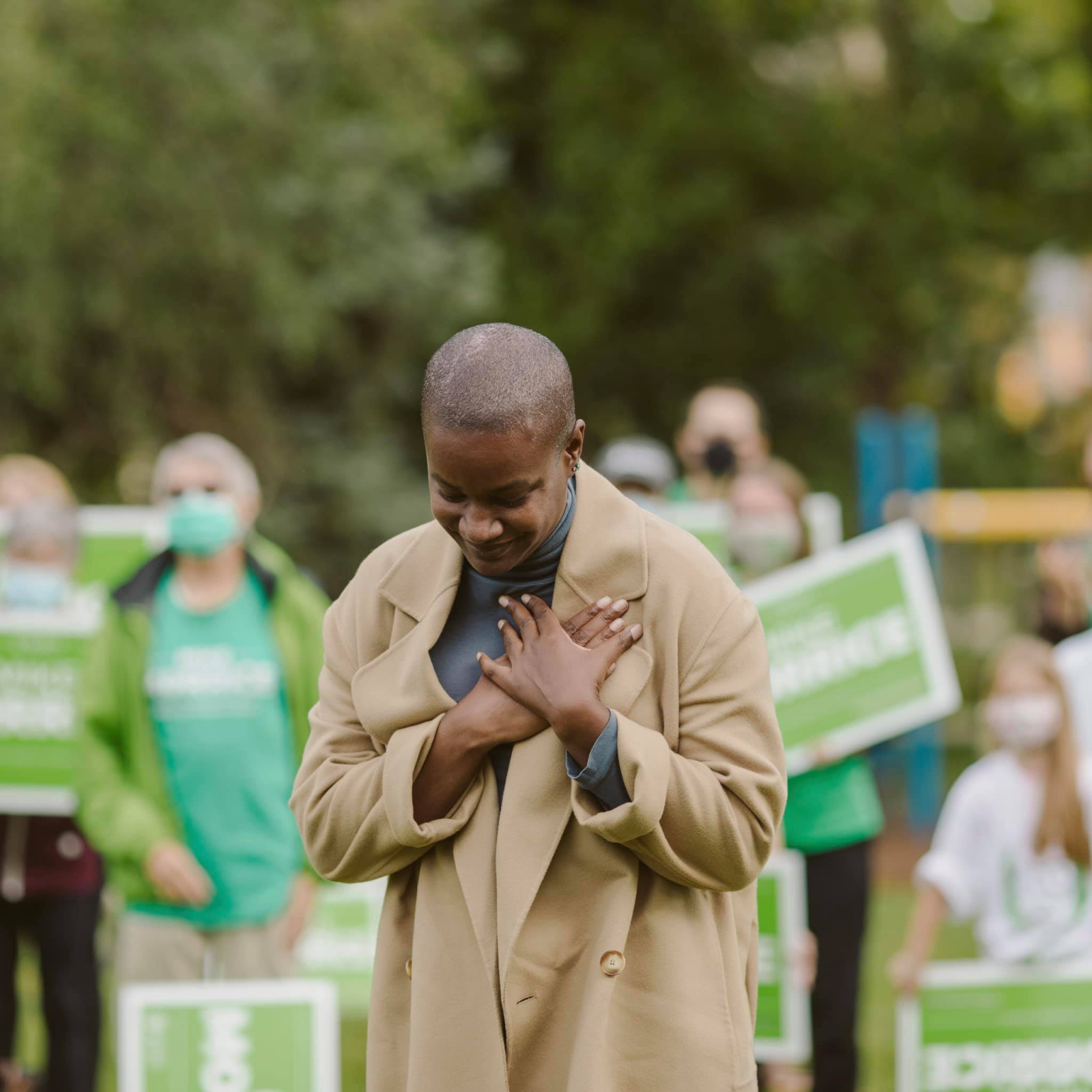 With Annamie Paul's resignation as party leader, Greens grieve the loss of who we understood ourselves to be, writes Ralph Martin. Photo via Paul / Facebook
Previous story

Pssst, look behind the piles of news articles declaring the demise of the Green Party of Canada. I’m an optimistic Green and what’s more, I want to admit it.

In defence, I know what happened and viscerally feel Green angst. I left many doorsteps while canvassing in the 2021 election chastised and chastened about internal Green Party conflicts. My option of choice was to shift from a grimace to a tentative smile and talk again about environmental prerogatives at the next door. The party lost about two-thirds of its votes from 2019 to 2021. Hard-working Green candidates and their dedicated teams ended 2021 campaigns with dismal results.

Unfortunately, our leader did not win her seat, was discouraged and resigned after “the worst period of my life.” Many are dismayed. Party members are challenged by charges of systemic racism and sexism. Greens grieve the loss of who we understood ourselves to be. Our capacity to function as a party has been compromised and a rebalancing of power and influence within our party structure is required.

In other losses, Paul Manly, a classy guy who is exactly the type of MP Canada needs, was defeated. If we had 338 MPs like Manly, Parliament would serve Canadians fairly and equitably with due deference to our abundant environmental heritage. Jenica Atwin, an effective MP of considerable promise, is now carrying a Liberal red banner rather than a green one. Many of us miss her as a colleague.

In spite of previous acknowledgments, hope tugs me forward. The climate agenda is pregnant with political possibilities.

As Andrew Cohen suggests, “If Mr. Trudeau learns from his mistakes, rallies progressives and puts policy before politics, he can … find his place in history.” In addition to Elizabeth May and Mike Morrice, there are other committed MPs, such as Blake Desjarlais in Edmonton-Griesbach and Steven Guilbeault in Laurier-Sainte-Marie. They could forge a cross-party climate alliance to steer meaningful legislation to enable necessary action.

The carbon pricing court challenge by three provinces was defeated and the federal government can proceed with national minimum carbon pricing. Even the federal Conservative Party now realizes its electoral standing was improved with a nod to carbon pricing. And let’s not forget the clarion call from Preston Manning, firmly rooted in Alberta politics, for full cost accounting with respect to energy production.

John Kerry, U.S. climate envoy, has the backing of his president to shift the bloated beast of the U.S. government to facing — rather than running from — climate realities. Furthermore, as COP26 approaches, “China will support other developing countries in developing green and low-carbon energy, and will not build new coal-fired power projects abroad.” At the recent Youth4Climate event, “youth spoke the truth, i.e., more is necessary, and faster.” Let’s listen and support MPs who will act accordingly.

Parliament needs and has Green MPs. May was re-elected and is still the premier expert in the House of Commons on the climate emergency. She is also a clear communicator with a Rolodex, representing relationships around the globe. In an exciting campaign, Morrice was elected in Kitchener Centre. Morrice is our underestimated advocate for healthy communities and profitable small businesses. He has an unusual capacity to engage people who might otherwise feel left out. He knows why and how we can come together in struggles that matter. Together, May and Morrice will inspire Canadians to act, whether Green or not.

Greens are also heartened by a newly elected federal council with many capable members who are planning ahead. Lorraine Rekmans, a member of Serpent River First Nation, is our first Indigenous president of the council. She was the Indigenous affairs critic in the party’s shadow cabinet for more than 12 years, has been a Green candidate five times and will grace us with her knowledge and suggestions to take practical steps toward truth and reconciliation.

In Germany, the Greens are expected to assume more power in a coalition with the Social Democratic Party and the Free Democrats. In Scotland, the Green co-leaders have become ministers in Nicola Sturgeon’s government. The Green Party of Canada draws on the experience and success of Green parties around the world.

After a year of setbacks and sadness, some expect Greens to lie down and lick their wounds. During the day at least, we stand, and although exhausted, look ahead with cautious optimism, see the work to be done and invite you to participate.

Well said. I am really happy

Well said. I am really happy that Mike Morrice was elected for Kitchener-Centre. He is described as placing empathy above charisma. He is a good listener, and looks forward to working collaboratively with MPs from other parties to advance the policies we need for housing affordability, pharmacare, childcare and the climate.

I wish I could share Martin's optimism but having attended several sessions of the new Federal Council it is difficult to find any. Old rancunes persisted, and the attitude of the new chair displayed towards Annamie Paul were just as despicable as that of her predecessor. Of course the world, including Canada, needs a Green Party but I'm afraid it'll be a long road back to respectability, longer if the eco-socialist faction prevails in the next leadership contest.