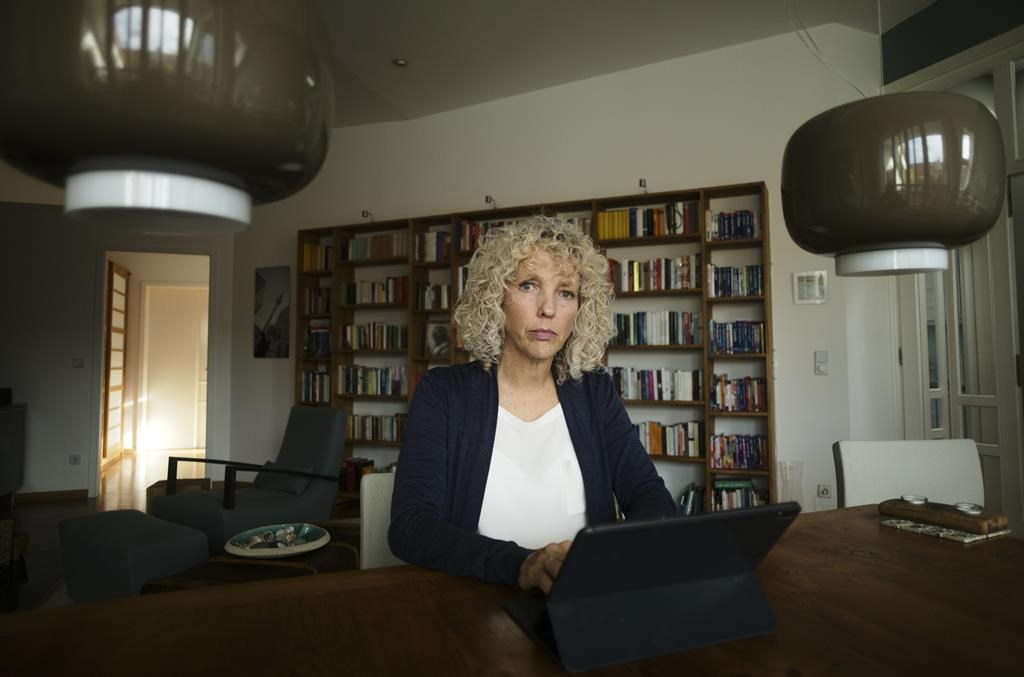 Jennifer Morgan, Executive Director of the environment organization Greenpeace International poses for a photo during an interview with the Associated Press in Berlin, Germany, on Thursday, Oct. 21, 2021. (AP Photo/Markus Schreiber)
Previous story
Next story

The head of environmental group Greenpeace on Thursday warned against efforts by countries and corporations at the upcoming U.N. climate talks in Glasgow to “greenwash” their ongoing pollution of the planet.

The summit hosted by Britain has been described as “ the world’s last best chance ” to prevent global warming from reaching dangerous levels, and it is expected to see a flurry of new commitments from governments and businesses to reduce their emissions of greenhouse gases.

But climate campaigners say behind-the-scenes lobbying before the summit could hamper efforts to achieve an ambitious deal that would ensure the world stands a chance of capping global warming at 1.5 degrees Celsius (2.7 Fahrenheit) as agreed in Paris in 2015.

“This Glasgow meeting really is a vital moment where governments need to be courageous,” Jennifer Morgan, the executive director of Greenpeace International said.

“They need to show they’ve understood the science, listen to their people and go much further than they’ve been stating thus far and give that kind of hope and confidence to their people that they got this and that they’re willing to do things that their corporate interests don’t want them to do,” she told The Associated Press in an interview.

Morgan pointed to leaked documents showing how countries such as Australia, Brazil and Saudi Arabia tried to water down a recent U.N. science panel report on global warming as evidence of the way in which some government's public support for climate action is undermined by their efforts behind closed doors.

“Working behind the scenes to try and delete scientific literature to me just shows the extent to which they are going to try and stop all progress or any progress that’s possible to solve the climate crisis,” said Morgan.

She said that much of the lobbying is driven by corporations, some of which will be at the so-called COP26 talks — including as part of government delegations.

“They’ll try and use this COP to show that they care, that they are really doing a lot,” said Morgan. “There’ll be a big greenwashing effort in Glasgow that needs to be called out and recognized.”