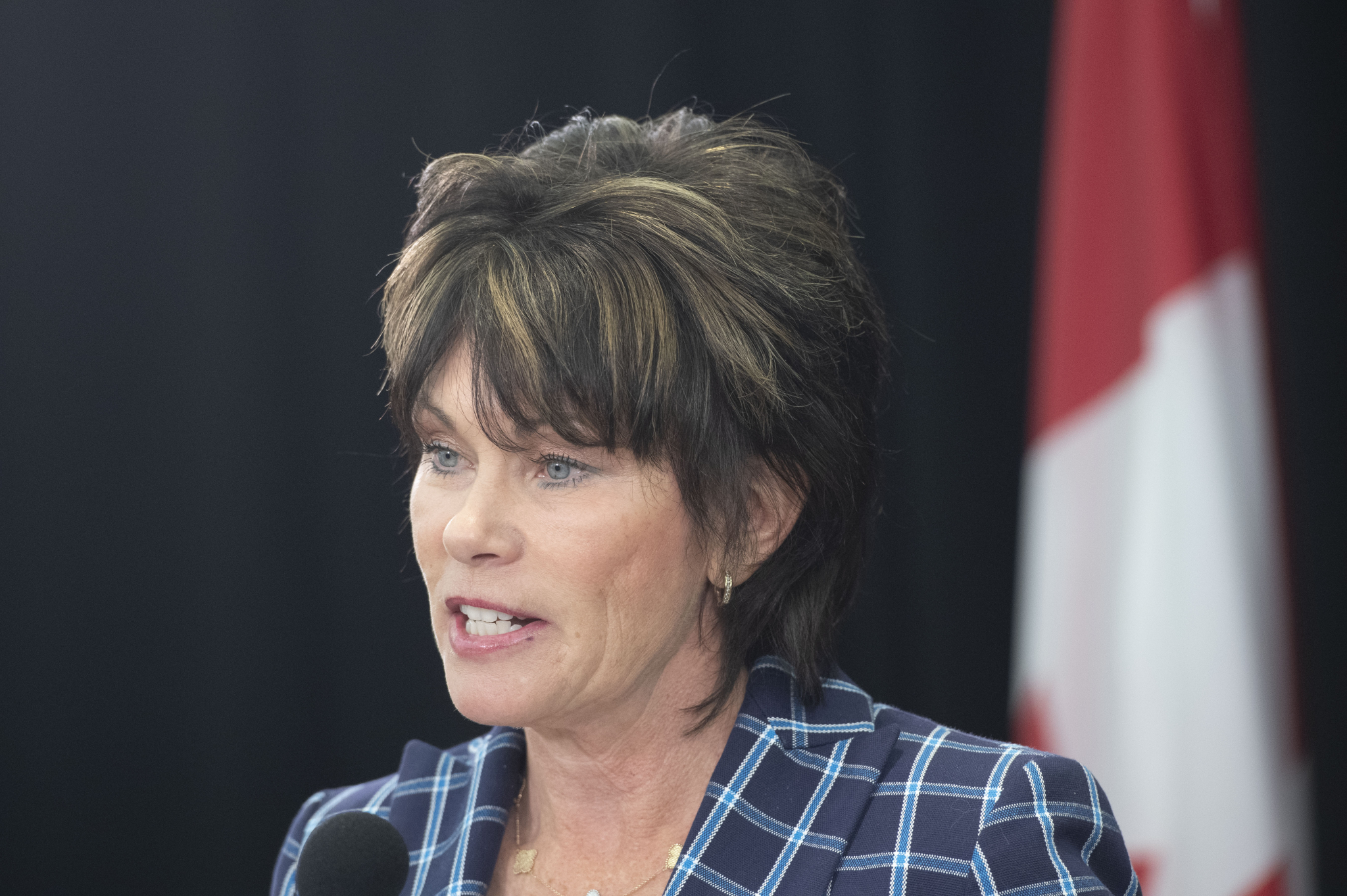 The so-called “anti-Alberta” energy campaigns inquiry has been publicly released with the key finding there is no evidence environmental groups have done anything illegal, but that isn’t stopping the Alberta government from branding them as harmful to the province.

Launched in 2019 by Premier Jason Kenney’s United Conservative government to investigate foreign funding of environmental groups, the $3.5 million inquiry led by commissioner Steve Allan found no “suggestion of wrongdoing on the part of any individual or organization.”

“No individual or organization, in my view, has done anything illegal. Indeed, they have exercised their rights of free speech,” Allan wrote.

“Frankly, I don't care if the activity is legal or illegal,” she said. “It doesn't impact or detract from the fact Albertans were hurt, people lost their jobs.”

While true that jobs in Canada’s oil and gas industry have fallen by about 6,600 per year between 2014 and 2019, in recent years, production on the oilsands has actually increased to hit record highs. Experts widely agree the job losses stem from a combination of technological advances, and Alberta’s oil industry shifting out of a growth phase characterized by lots of capital spending.

Savage could not point to any evidence environmental groups were responsible for the job losses, and acknowledged the world’s energy markets were changing, but still claimed environmental groups were largely to blame. When pressed, she said her “issue” was not with people exercising their right to free speech, but rather what she called a “lack of disclosure around foreign funding.”

Allan identified that Canadian environmental charities received $1.28 billion from U.S. foundations between 2003 and 2019, but noted he couldn’t “trace with precision” what made its way into “anti-Alberta energy campaigns” — defined as an effort to “frustrate or delay” Alberta’s oil and gas extraction. Deloitte’s report filed to the provincial government in May estimates that over those years, between $37.5 million and $58.9 million were for opposition to Alberta’s oil and gas sector.

At most, that’s about 4.6 per cent of the identified funding, or $3.5 million annually.

In an interview with Canada’s National Observer, Stand.earth co-founder Tzeporah Berman called the inquiry an “embarrassment to Canada.”

“This ill-conceived inquiry has not only been a colossal waste of time — these petrostate tactics threaten democracy and hold Alberta back." #cdnpoli #abpoli

“​​I think this government is extremist, they're ideological, and internationally when people hear about things like the anti-Alberta inquiry and the war room, they find it laughable,” she said.

“What I get in the halls of the UN is: ‘In Canada? This is happening in Canada?’”

Berman has long been a target of Kenney’s. In 2017, he called her a “militant,” and when he launched the war room, a photo of Berman was held up as an example of the “enemy.” Officially called the Canadian Energy Centre, the war room was formed in late 2019 by Kenney to promote the oil and gas industry, and fire back at critics with its $30-million annual budget.

“I spent months dealing with death threats and violent impacts on social media that I had to explain to my kids,” Berman said.

“That's the result of this kind of hate and ideology. It's the clearest example of 'shoot the messenger' I've ever seen.”

Berman said the report and the province's call for greater transparency around how charities and non-profits are funded is an effort to find something to attack environmentalists with.

“This inquiry is a year overdue because they kept not finding anything,” she said.

“It's clearly an ideological attack to focus people's fear about the future and anger at environmental groups and civil society,” Berman said, adding: “It increases polarization in this country at a time when we need to be working together to address the challenges that face us.”

Berman highlighted a series of reports in recent months to illustrate the overwhelming evidence that Alberta’s challenge ahead will be transitioning off fossil fuels, rather than finding a home for them.

“These are not radical bodies. They're all saying what we as environmental organizations have been saying for a decade,” Berman said.

“So Minister Savage trying to paint environmental advocates and scientists as a threat to Alberta is absurd given that what we're campaigning for, trying to raise awareness of, is exactly what the world's leading energy institutions and scientists are calling for.

“This is not about environmental groups fighting with the oil industry anymore, this is about Alberta denying what's actually happening in front of its face and holding Albertans back from creating a strong economy,” she said.

“The inquiry, war room and legislation criminalizing protest are an alarming abuse of the power of government in an attempt to intimidate and silence civil society organizations,” he said in a statement.

Other environmental groups echoed the sentiment.

“This ill-conceived inquiry has not only been a colossal waste of time — these petrostate tactics threaten democracy and hold Alberta back from the important work that’s needed to transition to a cleaner economy,” said Eugene Kung of West Coast Environmental Law in a statement.

In a statement, Ecojustice executive director Devon Page, whose organization challenged the inquiry, called the report’s findings “a very expensive Google search” that “could have been the summer job of an Albertan teenager.”

“We have always been open and transparent about where our funding comes from — unlike the Alberta government, which continues to refuse to fully disclose the role foreign funding plays in Alberta’s oilpatch,” he said.

A recent investigation into foreign ownership in the oilsands conducted by Stand.earth, Environmental Defence, and Equiterre found 70 per cent of oilsands production is owned by foreign companies and shareholders. It also found in 2018 the five largest oilsands companies paid out more than $11 billion in dividends to shareholders.

The Pembina Institute weighed in as well, saying the report’s findings show Kenney’s rationale for calling the inquiry “fully discredited.”

“Alberta’s Public Inquiries Act has been used to attempt to harm the Pembina Institute for advancing action on climate change and improving the environmental performance of Alberta’s oil and gas industry,” deputy executive director Simon Dyer said in a statement.

They won't say how much

They won't say how much foreign money flows into the pro oil side and they won't say how much foreign ideology rules the UCP. It seems that in the conservative movement money is God, Charles Koch is the Pope and the Heritage Institute is the Vatican. Jason Kenny's first loyalty is not to the people of Alberta. Neither was Stephen Harper's. If it was they would have started a long time ago to diversify Alberta industry. The most expensive oil will be the first that is stranded.

Exactly. Conservatism is now indistinguishable from a cult.
And if it's a "movement" it's backwards only.

I suppose it's not a big

Social media clickbait......or the spurious findings of the Frazer Institute, which is almost equivalent. Know what you want to conclude, then find the data to support that conclusion, being the Frazer Institute modes operandi...and of course, the same money that funds the oil lobby, funds that shrink tank.
No, Kenny.....not George Soros.....the Kochtopus tentacles of obscenely wealthy right wingers.

The very expensive and long

The very expensive and long overdue report only illustrates just how deep the buying power of the oil industry is with respect to the outright purchase of the government cabinet. The privatization of the Alberta government was signed and sealed under Jason Kenney. Previous conservative governments paved the way. They may as well move the legislature to Houston.