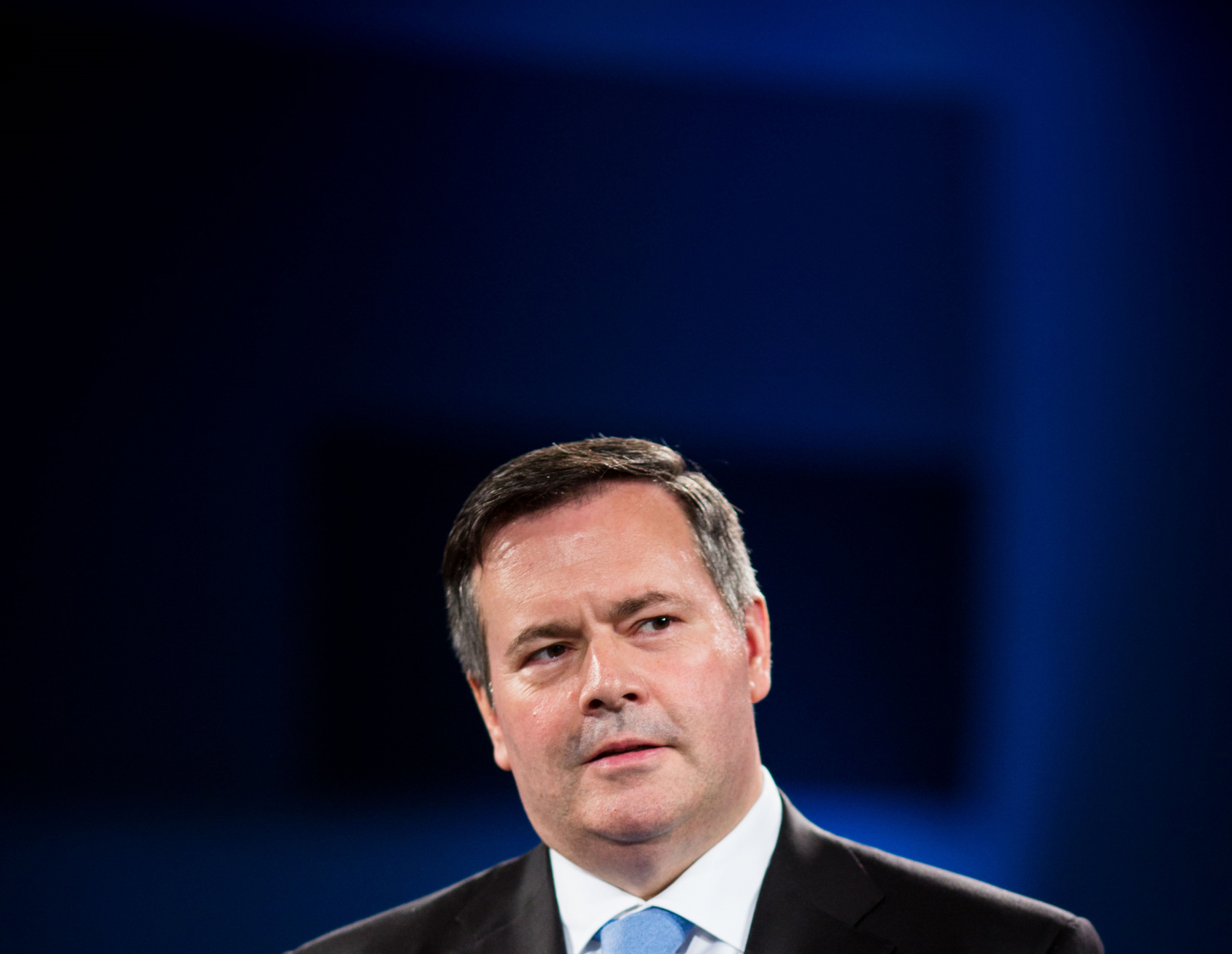 Jason Kenney was sworn in as Alberta Premier on April 30, 2019. He is featured speaking at a conference in Ottawa on Feb. 10, 2018. File photo by Alex Tétreault
Previous story
Next story

Steve Allan's long-awaited report into "anti-Alberta energy campaigns" finally achieved what no one could have predicted.

It bored us to tears.

The panicky narrative of duplicitous American puppeteers directing Canadian pipeline opposition evaporated in the face of ordinary facts. In over 600 pages of warmed-over Google searches and nearly impenetrable prose, there was nothing there.

The farcical conspiracy theory underpinning this exercise in futility ended not with a bang, but a whimper.

The whole world can see what Alberta premier Jason Kenney can't bear to face: he has no answer for the end of oil. Once an unchallenged industrial behemoth, oil now hemorrhages investment dollars. Fossil fuel divestment, a far greater threat to Alberta than the Tar Sands Campaign could hope to be, now exceeds $14 trillion. Exxon, the world's largest company in 2013, was removed from the Dow Jones Industrial Average index in 2020.

Canadians too, have turned the page. The urgency of climate action enjoys widespread acceptance, while climate denial has become the province of cranks and trolls.

Yet before we put the ignominious debacle of the Allan Inquiry behind us, let's remember just how grave an abuse of government power it was.

The Tar Sands Campaign participants aren't dupes preyed upon by slick outsiders and Hollywood stars, but law-abiding private citizens for whom grassroots organizing, activism, and Indigenous resistance is an identity and way of life. The organizations through which they mobilized have been connected with the world's largest and most eminent environmental and scientific philanthropies for decades.

And for their exercise of their free speech and association, over the last ten years a succession of governments investigated, vilified and personally attacked them. First through Stephen Harper, and then through Jason Kenney.

In 2021, in Canada, it was treated as normal to investigate private citizens for "Anti-Alberta" activities. Not for criminal, unlawful or even improper conduct, but for opposing oil and gas expansion during a climate crisis.

Opinion: "The whole world can see what Alberta Premier Jason Kenney can't bear to face: he has no answer for the end of oil," @garossino writes. #ableg

In 2021, in Canada, a government inquiry was given subpoena powers and the ability to compel lawful protesters to appear, testify, and produce their private records and communications.

Perhaps because Steve Allan had no stomach for vengeful inquisition, the public never saw the full extent of his powers on display. The inquiry was treated in the public discourse as a concerning development, yet still within the bounds of normal government.

Abuses of power against climate activism has been going on for a decade. The CRA, which ought to be scrupulously independent of political interference, was weaponized to attack people and organizations that were perceived as enemies of the government of the day.

Police and CSIS investigated and maintained surveillance on many Canadians, especially Indigenous resistors.

The public vilification of individuals by government leadership gave permission to others to throw off the normal constraints of civil society. And they did. Private citizens and activists alike were subjected to years of threats, physical attacks and intimidation.

If there's anything we learned from the Trump years, it's how much democracy depends on the shared agreement by those in power to unwritten conventions.

Amnesia is perhaps the most potent drug in politics. Given time, we can easily forget that the CRA must never be used as a weapon, and that leaders should not order police searches of their opponents' houses and phone records.

Or that private citizens should never be hauled before an inquiry to answer for who their friends are or what they say in public. Having already glowingly lauded Russia's jailing of Greenpeace activists, Jason Kenney wanted all of this, and more.

Before the fog rolls in and blankets the Allan Inquiry in haze, it's important to remember how and why it was so dangerous.

Well, like the ninja ballot "audit" in Arizona, the effects of dragging this "inquiry" on for as long as it has gone on should not be underestimated. For its creators the findings were always far less important than its mere existence - its purpose was simply to exist, for as long as possible. And now that it's gone I wonder what they will replace it with? Surely something that's its equal in nobility in service of the truth.

Jason Kenney and his Big Oil

Jason Kenney and his Big Oil overlords are just going to have to find another way to criminalize environmentalism and outlaw dissent.
Maybe another referendum?

You hit all the nails, Ms.

You hit all the nails, Ms. Garossino. Well done!

A few suggestions for Jason

A few suggestions for Jason Kenney's next steps:

- Wipe the egg off his face in private.

- Come out swinging on every topic, issue and self-perceived enemy of the Kenney Feudal State. Continue to ignore the report is ignored.

- Make every effort to dissuade the media and voting public that the government is in fact the vassal and the oil industry is the lord in Alberta.

- Segway quickly into the likely anti Equalization referendum results. Avoid every analysis that mentions Equalization is based incomes and Alberta's incomes are too high to presently receive EQ benefits. The exception was a couple of recent years when Equalization payments received by Alberta exceeded Quebec's on a per capita basis after world oil prices tanked. Never ever suggest that the smoothest way to address Alberta's concerns is to lower wages across the board.

- Segway again using a perfected sideways deflection away from Alberta's self-generated problems by implying criticism will lead to separation. As if.

Turns a out accountants, like Allan, live by their reputations and have self-governing bodies that take complaints.