Kerry says corporations are now jumping on the climate bus 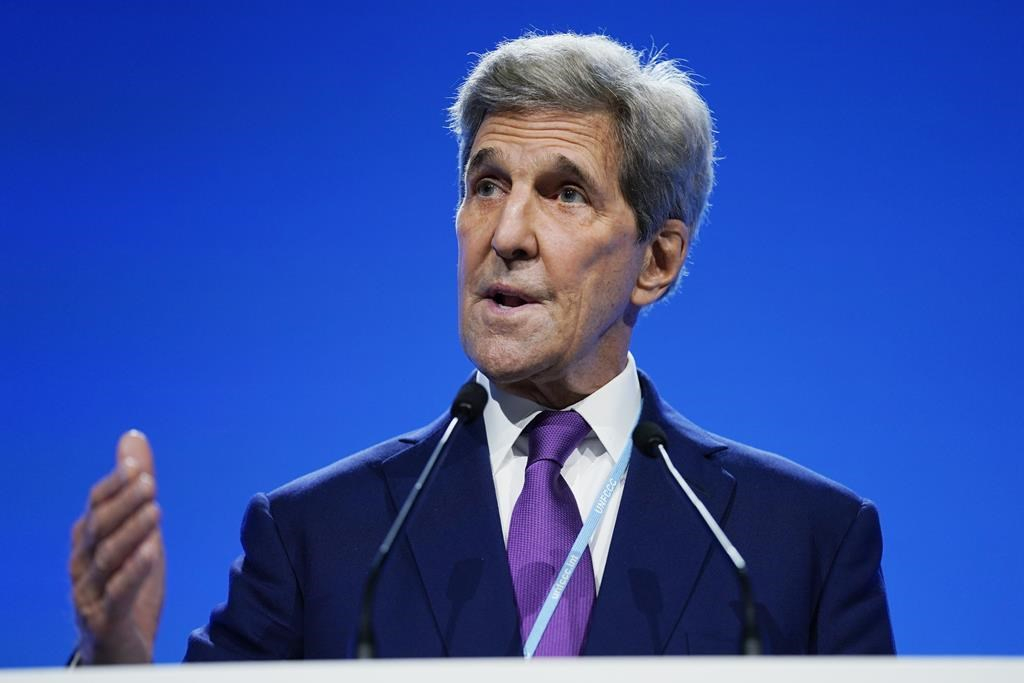 The “ First Movers Coalition ”, spearheaded by the U.S. government and the World Economic Forum, aims to help meet an increasingly difficult target laid out in the 2015 Paris climate accord to limit global warming to 1.5 degrees Celsius. So far, almost three dozen global companies in many sectors have committed to changing their purchasing practices to favor development of zero-emission technologies by 2030.

The idea is to jumpstart budding or not-yet-existent technologies that can reduce how much CO2 is spewed into the atmosphere by leveraging the market — specifically the purchasing power of the companies — to encourage their suppliers to clean up, so they can too. Biden spoke of the project as the U.N.-backed climate conference in Glasgow known as COP26 got under way.

“This is a big transformation. It’s a big deal,” Kerry told many corporate leaders behind the project in Glasgow on Thursday. “Everybody I’ve talked to when they learn about it, they say: ‘Wow, that makes sense. That’s great.' And all of you understood that instinctively, and without an arm-twisting.”

Designers of the project say half of the emissions reduction projected between now and 2030 will stem from innovations — like capturing carbon out of the air — that aren’t operating at a large scale. Pushing suppliers of the large companies to cut CO2 will help create bigger markets and ultimately lower costs, the thinking goes.

”If we don’t get enough reduction somewhere in the 45% range over the next 10 years, we are blowing by 1.5 degrees — and that’s a hard target,” Kerry said, crediting the private sector for leading “in a way that even some governments are not.”

A first phase focuses on aviation, shipping, steel and trucking, and three more industries — aluminum, cement and chemicals — are to come on board later. The seven industries account for about one-third of total global carbon emissions, WEF says.

“Volvo says we’re going to buy X% — 10% of our vehicles are going to be made with green steel,” Kerry said. “And so, all of a sudden, people making green steel know, ‘Hey, there’s somebody out there waiting to buy this.’"

But even participant companies aren’t revolutionizing their plans just yet, committing to make the changes in at least one of their purchasing areas — so not necessarily company-wide.

Questions also remain about both the metrics and monitoring, which could amount to attempted “greenwashing” if firms try to quietly wriggle out of their commitments.

“We are going to have very strict metrics and strict follow-up on this,” said Borge Brende, president of the Geneva-based WEF, which is best known for organizing the annual conference of government and corporate leaders in Davos, Switzerland.

“Rest assured: we’re on it," he said in a phone interview.

He said the initiative is no substitute for government regulation to help curb global warming, which will still be needed, and putting pressure on suppliers could lead the companies to face higher prices. The idea builds on commitments in the finance sector already, exemplified through carbon-reduction strategies at investment companies like Blackrock and Carlyle, Brende said.

“This means that they will be pretty tough — even the hard-to-abate sectors -- in the years to come,” Brende said, referring to sectors in which cutting carbon is especially difficult. “And if you want to sell to these companies, you have to reduce your carbon footprint. And I’m pretty sure that that signal will be received — and it will lead to new technology breakthroughs.”