By Robert Henderson | Opinion | November 5th 2021
#67 of 99 articles from the Special Report: COP26: Uniting the World to Tackle Climate Change 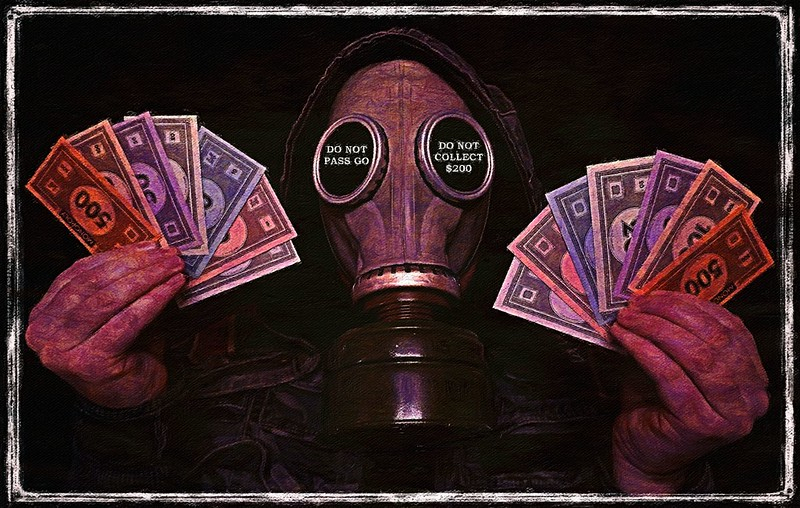 Canada and Australia are at opposite ends of the globe, but they’ve come to the COP26 climate change conference in Glasgow, Scotland, with similar economic positions. Both have broad land masses and consider themselves energy economies, thanks to their mining and energy extraction industries.

In 2019, the energy sector contributed about 10 per cent of Canada gross domestic product (GDP) and for Australia, it accounts for 20 per cent of exports. Australia sells more coal than Canada, but both are substantial suppliers of natural gas.

For both Canada and Australia, however, the global push to prevent the planet warming by more than 1.5 C means the tired mantra of gas being a ‘transition fuel’ is wearing very thin. That’s true for both the Canadian government, with its pledge to cut emissions by up to 45 per cent below 2005 levels by 2030 and Australia’s unambitious target of 26 to 28 per cent.

Gas developments and gas-fired power stations are now increasingly likely to end up as stranded assets. This means the risks of financing or investing in the Coastal GasLink pipeline being built across northern B.C. are increasing on almost a daily basis.

Even the energy industry bible, the recently published World Energy Outlook, now sees a massive decline in the usage of fossil fuels over the coming decades, with gas usage set to decline by nearly two thirds by 2050. The report from the International Energy Agency estimates stranded capital in gas at US $75 billion. This means most investors in liquefied natural gas (LNG) projects now under construction would not recover their invested capital.

Sleydo' Molly Wickham delivers a message to the investors and financiers for the #CoastalGasLink and LNG Canada projects. If they continue to fund genocide against Indigenous people they will lose. Cut your losses now. #DivestCGL #AllOutForWedzinKwa pic.twitter.com/JXKqKYL8Tu

Key investors in the Coastal GasLink fracked gas pipeline include the Royal Bank of Canada, TD, Scotiabank, JP Morgan Chase, Citi and National Australia Bank (NAB). For more than a decade, NAB has been a leader in the transition to a low-carbon economy, setting a target of zero emissions for its businesses back in 2010 and issuing Australia’s first offshore green bond. The bank has pledged to cease funding of new coal mines and coal-fired power projects. It also has a strong position statement on mitigating climate change. Participating in the Coastal GasLink pipeline goes against the thrust of NAB’s move away from fossil fuels in order to take advantage of the multiplying opportunities around renewable energy.

The banks financing or investing in this project, which is opposed by local First Nations, may attract the ire of the increasingly influential investors interested in ESG, which stands for environmental, social and governance criteria. The Coastal GasLink pipeline would cut through the traditional territory of the Wet'suwet'en First Nation in northwestern B.C., threatening Wet’suwet’en land and water with the risk of toxic chemical pollution as a byproduct of fracking. The pipeline also threatens culturally significant archaeological sites. All Wet’suwet’en hereditary chiefs from the five clans oppose the pipeline. Banks such as NAB should take seriously the recent call by Gidimt’en Checkpoint of Wet’suwet’en Nation to divest from the Coastal GasLink pipeline.

Globally, pension funds and endowments have committed to divest about US$15 trillion from fossil fuel holdings. This money represents the early movers, the market leaders who understand the fossil fuel sector is no longer the best place to park their money.

In some cases, such as Harvard University’s endowment, they’ve been pushed to reach that conclusion. But in many cases, such as the recent US$17.4 billion by Europe’s biggest pension fund ABP, $3.9 billion controlled by the Caisse de dépôt et placement du Québec or New York State’s pension’s US$7 million, it was about reading the winds of change. The economics are moving rapidly away from fossil fuels to renewables. Banks like NAB should leave gas behind and move on to the lucrative renewable future.

#Banks and other investors that invest in #oil and #gas risk flushing their dollars as capital shifts to #renewables, writes Rob Henderson. #COP26 #CoastalGaslink #Wetsuweten

Back in Australia, banking regulators are increasingly focused on reducing the risks to the Australian financial sector from climate change. Guy Debelle, deputy governor of the Reserve Bank, warned in a recent speech of the increasing likelihood of divestments from Australian assets because of climate change. Considerable work is being done by financial regulators globally on measuring, disclosing and mitigating climate risk. More controls and hurdles are coming.

For investors in Coastal GasLink, including NAB, the combined risks of climate change and the conflict with the Wet’suwet’en raise the prospect of higher costs of capital as investors increasingly shy away from institutions in conflict with ESG principles. Investors and banks from around the world should heed the call of the Gidimt’en Checkpoint — it’s time to stop parking funds in the Coastal GasLink project. Otherwise, you’ll risk flushing your investment down a big empty pipe dream.

Rob Henderson is an economics and finance consultant and was formerly Chief Economist of the Markets Division at NAB, Chief Economist at Dresdner Bank and Chair of Australian Business Economists