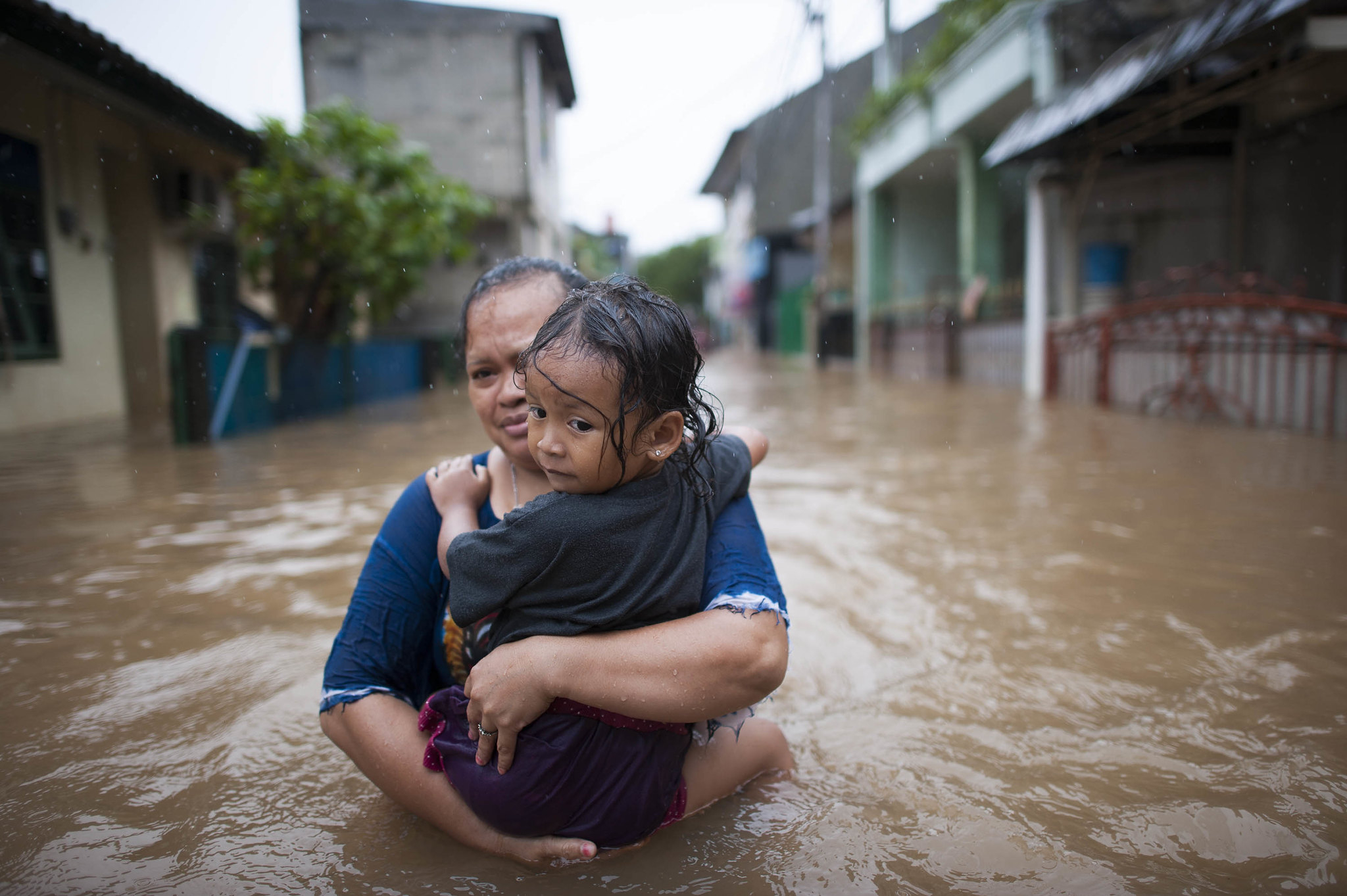 Without rich countries making the money available to poorer countries to transition to a clean economy, holding onto the Paris goal of 1.5 C will be out of reach. Photo by World Meteorological Organization(CC BY-NC-ND 2.0)
Previous story
Next story

On Monday, days ahead of a critical UN climate conference, Canada’s Climate Minister Jonathan Wilkinson admitted rich countries have failed to meet a critical international climate financing milestone, and are unlikely to reach it for years to come.

The news came at a virtual press conference hosted by the U.K.’s COP26 president Alok Sharma, flanked by German Environment Minister Jochen Flasbarth and Wilkinson. The German and Canadian climate ministers were tapped earlier this year to help close the gap on the minimum US$100 billion annually in climate finance rich nations first promised to deliver to developing countries in 2009. What the two countries accomplished was a plan to have the money available in a few years.

The delivery plan is based on two scenarios considered by the Organization for Economic Co-operation and Development (OECD). One scenario sees US$106 billion delivered by 2023 assuming countries and multilateral development banks fully deliver on stated commitments, while a second scenario, based on lower than previously assumed private capital investment, sees US$101 billion delivered by 2023.

“What we have done in this report is raised the level of ambition with respect to the contributions of donor governments and … we hope to see significant additional private sector mobilization, but we haven’t assumed that in the numbers,” Wilkinson said.

Given an approximate two-year reporting lag, it will not be known whether rich countries have hit the milestone until 2025 — five years past the date it was supposed to be locked in. As recently reported by the OECD, in 2019, rich countries invested US$79.6 worth of climate finance, an increase of two per cent from 2018’s US$78.3 billion.

“When the OECD brought out its most recent report, everybody who read that report knew that we were not going to achieve the goal (by) 2020,” said Wilkinson.

“Certainly there was disappointment at that point in time, and I think there was also fear that that goal would not be achieved within a relevant time frame,” he said, adding the delivery plan revealed Monday would offer clarity to developing countries that the money will be available in 2023.

That’s not good enough, say a series of climate advocates, because climate breakdown is accelerating, and the world is running out of time to hold onto a climate-safe future. The money being delayed does nothing to help the countries that need it now, they say.

“We're nowhere near where we need to be when it comes to supporting developing countries to adopt a greener path,” said Harjeet Singh with Climate Action Network International.

"To not be able to secure US$100 billion … is a troubling sign going into the COP conference next week," says @R_BrooksStand with @Standearth. #cdnpoli #COP26 #ClimateCrisis

“Expecting developing countries to step up in terms of emission reductions targets before putting money on the table is absolutely unfair and inequitable,” he said.

That’s in part because it is known that the type of investment required to hold global warming to 1.5 C will be measured in trillions, and expecting poorer countries to pay for their own transition to net-zero while disproportionately dealing with the worst impacts of climate breakdown will simply be too difficult.

“There's a lot of pressure on developing countries to raise ambition, (and) there's a lot of talk about net-zero targets,” Singh said. “But when it comes to finance, there is no clear roadmap, and what has been delivered today is a delayed plan.

“Clearly, it erodes trust, and it doesn't give enough confidence to developing countries so that they can make those changes to their policies.”

Earlier this year, Canada announced it would double its international climate financing from $2.65 billion to $5.3 billion over the next five years. It also announced it would increase the amount of that money delivered in grants from 30 per cent to 40 per cent.

Despite the recent commitment, Environmental Defence national program manager Dale Marshall says it's important for Canada to step up more.

“The truth is, despite recent progress in terms of Canada's pledges, Canada is a laggard in terms of both action and ambition,” he said.

“In the G7, Canada's emissions have gone up the most since Paris was agreed to, we have the weakest 2030 target, and we provide the most subsidies and public financing for fossil fuel development on an absolute basis even though there are countries that are bigger and have more resources.”

Stand.earth climate finance director Richard Brooks called it “unforgivable” and “embarrassing” for rich countries like Canada to fail to close the US$100 billion worth of climate financing they promised.

“It's actually pretty embarrassing when you think about how much money has been spent globally on COVID relief, how much the Canadian government has spent on purchasing an oilsands pipeline, how much money is going into fossil fuel subsidies by countries globally,” he said.

“There are lots of pools of money, and to not be able to secure US$100 billion … is a troubling sign going into the COP conference next week.”

The release of the international climate financing delivery plan came a day before a new report from Stand.earth, Institute for Energy Economics and Financial Analysis, C40, and the Wallace Global Fund that found over the past decade, the fossil fuel divestment movement has grown dramatically to include nearly 1,500 institutions representing more than US$39.2 trillion worth of assets.

“Since the movement’s first summary report in 2014, the amount of total assets publicly committed to divestment has grown by over 75,000 per cent. The number of institutional commitments to divestment has grown by 720 per cent in that time, including a 49 per cent increase in just the three years since the movement’s most recent report,” the report reads.

Brooks said when you have the Queen, the Pope, Harvard University, and New York City all agreeing on something, you know you’ve hit the mainstream, but chalked up part of the divestment movement’s success to the failure of governments.

“The fossil fuel divestment movement exists because governments haven't taken their responsibility seriously enough when it comes to putting in place laws and regulations to curb emissions,” he said.

“Thirty-nine trillion dollars is nothing to shy away from. That's a significant amount of capital that's being pulled off the table for fossil fuel companies,” said Brooks. But “we need to get that number to increase, and increase rapidly because every dollar going into a coal, oil, or gas company is pressure on the brake pedal when we need to be going full speed ahead.”

Climate financing is expected to be the defining item on the agenda at COP26 in Glasgow because without rich countries making the money available to poorer countries to transition to a clean economy, holding onto the Paris Agreement’s goal of 1.5 C will be out of reach.

Closing the US$100-billion gap quickly and setting post-2025 climate financing targets are expected to be key issues, but there are a number of problems to sort out, including increasing funding available for climate loss and damage, and adaptation, rather than mitigating technologies like solar panels or electric vehicles that have a clear business case investors can earn a return on.

​​Taking place since 1995, the United Nations climate change conference — also known as COP, short for Conference of the Parties — brings policymakers, scientists, environmental activists, and climate experts together to negotiate agreements to reduce global warming. This year, COP26 will take place at the Scottish Event Campus in Glasgow, Scotland, from Oct. 31 to Nov. 12. The event has been called the “last hope” for meeting the world’s Paris Agreement goal.