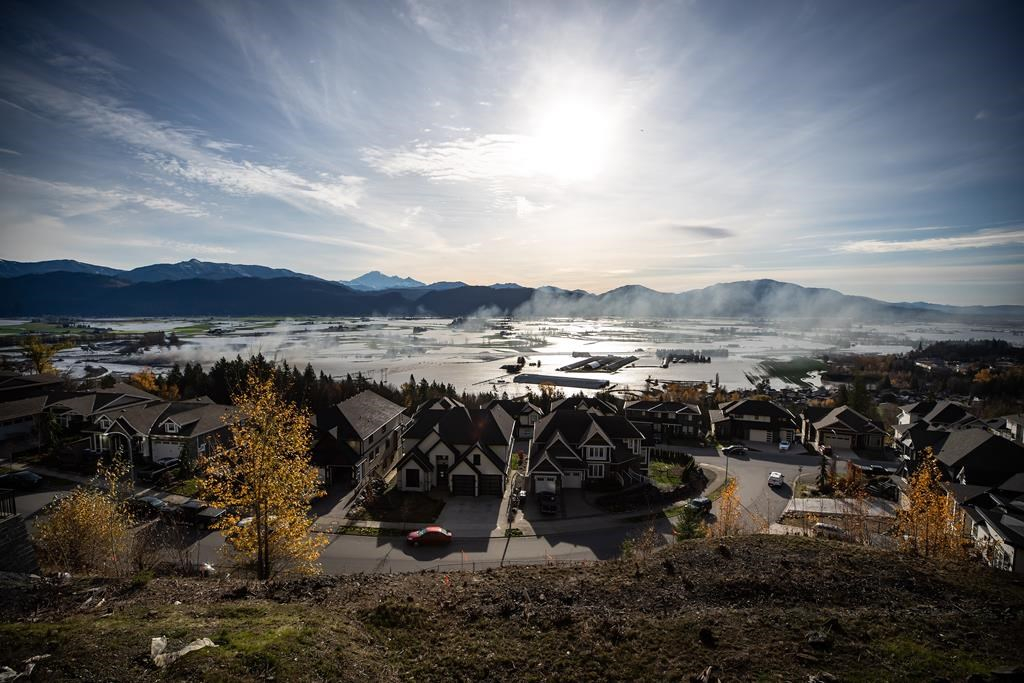 Recreational vehicles and trucks burn during a fire at a business surrounded by floodwaters in Abbotsford, B.C., on Wednesday, Nov. 17, 2021. Photo by The Canadian Press/Darryl Dyck
Previous story

The Canadian Armed Forces has been called in to help with recovery efforts in flood-stricken B.C., with the provincial government declaring a state of emergency.

The military will provide both air and land support for critical provincial supply chains and in evacuation and rescue efforts.

Crews will continue to search through debris left by landslides along Highway 99 near Lillooet and Highway 7 near Agassiz to determine if any vehicles were caught underneath.

No bodies were recovered Wednesday, but at least two people are still reported missing.

B.C. Agriculture Minister Lana Popham says thousands of farm animals died when parts of the Fraser Valley flooded, and efforts are underway to develop routes to allow veterinarians to access farms and treat what livestock may have survived.