An insider’s take on the university divestment movement 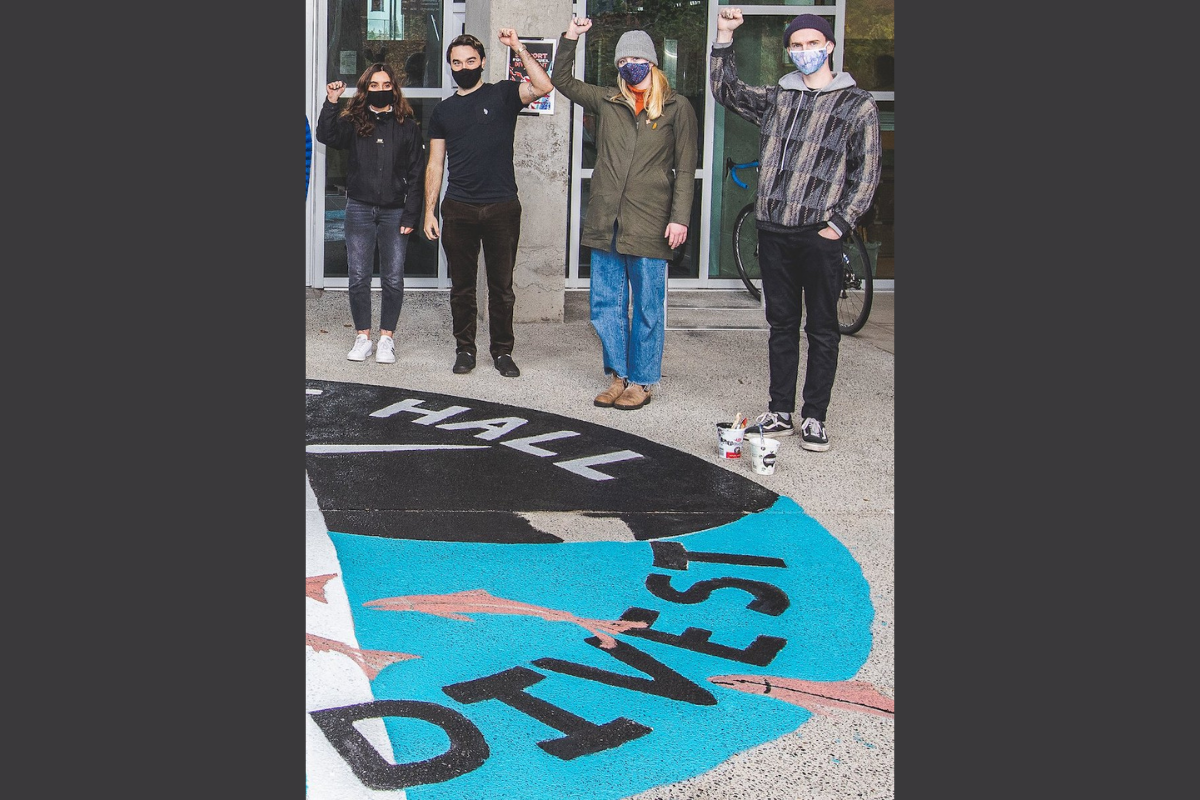 Victories such as UVic's successful divestment campaign could not have happened without tireless student activism over the past near-decade. Photo by Colin Smith
Previous story

To an outsider, university divestment campaigns might look like a hopeful but impractical social movement led by naive cadres of sign-waving students. But the truth is divestment is more successful and has more transformative potential than it appears. Largely hidden but tightly woven connections between universities, finance, and fossil fuels have provided ongoing support for continued extraction.

Those connections, however, are now being exposed by student divestment activists and focused fact-finding by groups such as the Corporate Mapping Project.

Despite this strong financial case and the clear moral imperative of divestment, most Canadian universities are still lagging and doubling down on false solutions, like shareholder engagement.

As a community researcher and consultant for the Corporate Mapping Project, I’ve worked with over 400 climate activists and 13 university divestment campaigns, supporting them with research tools and strategies to help identify and unroot the corporate influence opposing their campaigns. It quickly became clear the biggest barriers facing the movement are vested interests and the corporatization of governing boards.

Fortunately, the practice of identifying and exposing these barriers appears to be transformative — during my leadership of the Divest UVic campaign, we celebrated partial divestment, the first campaign victory in eight years.

Decades of neoliberal governments have meant a steady decline in public funding for Canadian post-secondary institutions, from 82.7 per cent of university operating funds in 1982 to a mere 54.9 per cent in 2012. This shortfall has pushed universities to supplement their bottom line with private revenue sources, including strings-attached donations from fossil fuel companies.

Dalhousie University is a prime example of the industry's strong-arm tactics to oppose the impressive organizing power of the Dalhousie divestment campaign. In an attempt to uncover a potential source of this resistance, Divest Dal filed freedom-of-information requests and uncovered that as the administration was deciding on a divestment motion, it was simultaneously working with Shell Canada on a new donor agreement.

At times, however, this cosy relationship has soured and revealed the iron hand in the corporate glove. Reporting by Canada’s National Observer uncovered a statement where a Shell senior executive revealed the company “would look unfavourably on any university that divested” when it came to future donations. Given the pervasive corporate capture of our universities, the success and power of divestment movements become even more apparent.

Corporate influence has simultaneously extended to university decision-making bodies through appointments to boards of governors and investment committees, with 49.1 per cent of Canadian university board members belonging to the private sector. While industry-affiliated board members are barred from directly promoting their firms, these affiliations shore up a value system that upholds the predominance of the fossil fuel industry. For instance, Divest McGill campaigners uncovered that the university’s Committee to Advise on Matters of Social Responsibility (CAMSR) is woefully ill-equipped to develop a pathway to divestment — none of the members on the committee have any real expertise in the area of responsible investment, and it is largely staffed with former fossil fuel industry executives and its leading financiers (e.g., RBC).

In the case of UVic, its foundation (a private charity that controls the university’s endowment fund) recently divested its equities after a near-decade of student pressure. While this is the most significant divestment action the university has taken, its foundation avoided a pledge to full divestment, unlike SFU, U of T, UBC, and others. As with McGill, this divergence is likely tied to the foundation's board structure and its clear ties to the fossil fuel industry.

After years of resistance from universities, divestment organizers are now shining a bright light on the vested interests within administrations and governing boards, uncovering direct ties to the fossil fuel industry through avenues such as substantial donations, supported research, and shared board members. To overcome these interests, divestment campaigns should push for a board system with a majority of students and faculty, and advocate for regulations to eliminate fossil fuel donations and affiliated board members. Across Canada, exposing the corporate capture of universities has changed the game for some divestment campaigns. However, there is still ample work remaining to free our public institutions from the influence of Big Oil.