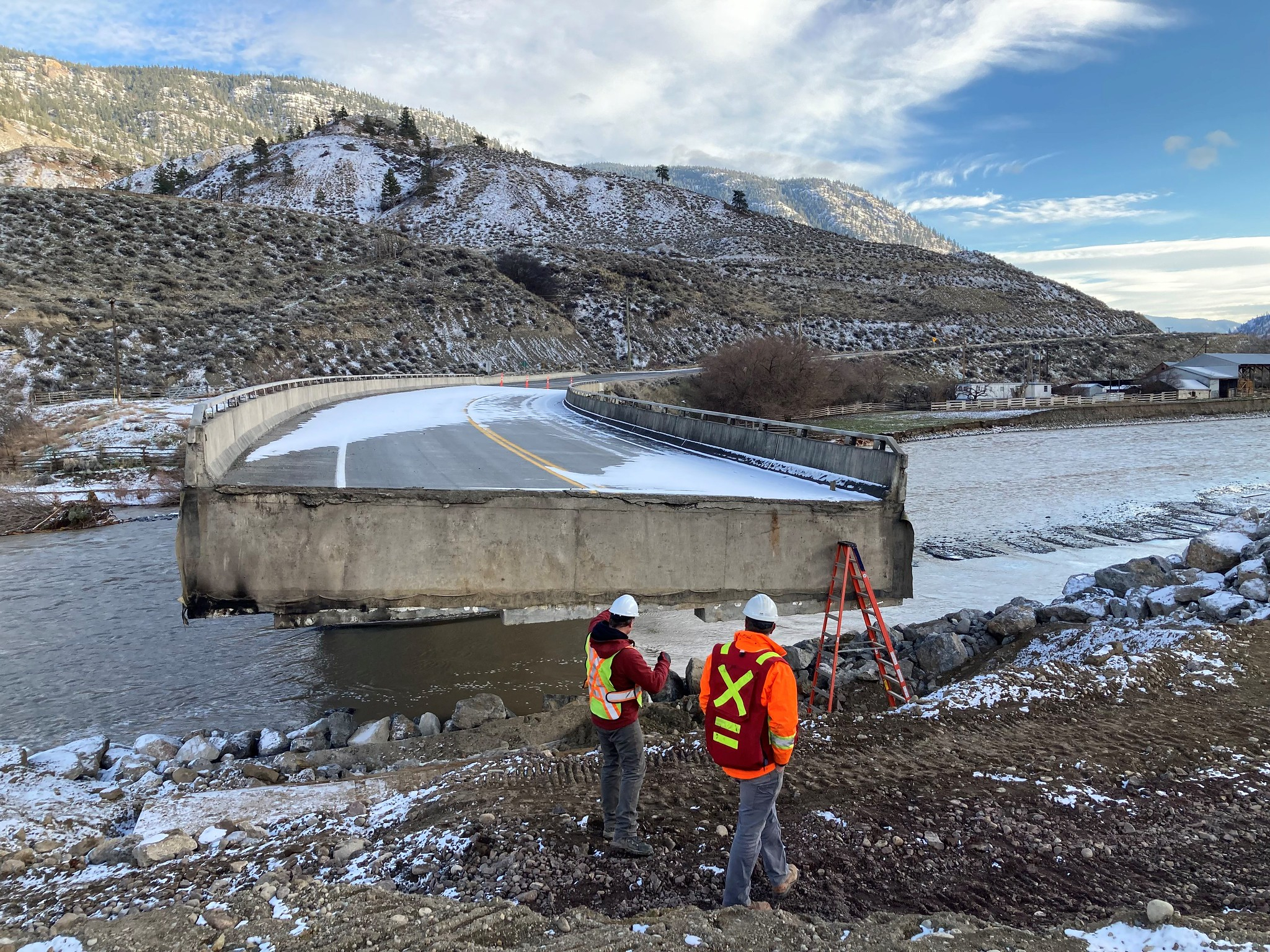 Last month’s catastrophic flooding event in British Columbia earned the province a spot on an ominous top 10 list — the most expensive climate disasters of 2021.

The rankings, just released by U.K.-based charity Christian Aid, map out 10 extreme events caused by climate change that caused $1.5 billion damage or more. The estimated costs are linked to insurance claims, which means the actual amounts are likely much higher.

In November, an atmospheric river brought intense rainfall across southern B.C. made worse by climate change and exacerbated by a summer of wildfires and clear-cut logging practices. The weather event prompted evacuations, left people stranded and caused at least one death. Infrastructure damage has been tagged at $7.5 billion.

Alongside B.C. is the United States, which saw the most expensive disaster when hurricane Ida roared in and left $65 billion in damage and killed 95 people. The Henan floods in China were the deadliest disaster on the list, killing 302 people, displacing over a million, and costing $17.6 billion.

The Christian Aid report, which has been published annually since 2018, has had Canada on the list once before for cyclone Dorian in 2019. This year is the first time a solely Canadian event has made the list.

The report says the rankings further show the need for the world to keep the Paris Agreement goal of limiting global temperature rise to 1.5 C within reach. As of now, it isn’t.

Financial costs are usually higher in richer countries, but some of the most devastating events happened in poorer countries — even if their price tags were lower, explained Kat Kramer, Christian Aid’s climate policy lead.

“The costs of climate change have been grave this year, both in terms of eye-watering financial losses but also in the death and displacement of people around the world. Be it storms and floods in some of the world’s richest countries or droughts and heat waves in some of the poorest, the climate crisis hit hard in 2021,” said Kramer.

“While it was good to see some progress made at the COP26 summit, it is clear that the world is not on track to ensure a safe and prosperous world.”

For Dr. Courtney Howard, an emergency room physician in Yellowknife and past-president of the Canadian Association of Physicians for the Environment, B.C. making the list comes as no surprise.

In November, an atmospheric river dumped intense rainfall across southern B.C. made worse by climate change and exacerbated by a summer of wildfires and clear-cut logging practices. Infrastructure damage has been tagged at an estimated $7.5 billion.

She said although the report is doing the best it can with the data available, the uninsured losses are surely catastrophic, not to mention the deaths and the grief that come with it. The mental and physical health effects from enduring a natural disaster also have a ripple effect on the health system — recent findings say climate change is set to cost the Canadian health-care system billions in the decades ahead.

Howard thinks of the people in Merritt, which was affected by a summer of extreme wildfires, as well as the recent flooding. She said there’s immediate shock that can come with those events, as well as long-lasting PTSD and other stress disorders.

“These multiple episodes of disruption within quite a short period of time can really lead to a situation where the additive impacts actually further increase levels of psychiatric distress,” she said.

“And when you think about the financial costs of that — people have been disrupted from their living circumstances and their livelihoods twice in one year. That's an impact that could take years to overcome.”

Parts of Canada are warming at triple the global rate, points out Howard, and the country is considered one of the worst carbon polluters on Earth. Other countries on the list, such as South Sudan, have contributed little to climate change, while experiencing its devastating impacts.

It underscores the injustice that comes with the climate crisis, as well as the need for climate financing, said Howard. A leftover promise from COP15 is the commitment rich countries made to put forward US$100 billion in climate financing per year to help low-income nations.

At COP26, which took place in November in Glasgow, that goal was revisited. However, critics say not enough progress was made — countries need money now to adapt and prepare for the effects, and the funds aren’t coming fast enough.

“We need to act at scale and with urgency if we’re going to fend off these kinds of impacts into the future. Africa has borne the brunt of some of the most devastating, if not most financially costly, impacts, from flooding to drought,” said Mohamed Adow, director of Nairobi-based think tank Power Shift Africa.

“Right now, East Africa is in the grip of a drought, which is pushing communities to the brink. This is why it’s vital that 2022 sees real action to help such communities and why it’s good that COP27 will be held on African soil in Egypt. This needs to be the year we provide real financial support for those on the front line of the crisis.”

Although Howard said the report is inevitably upsetting, she hopes the reality of the climate crisis can provide a jumping-off point for people to understand what’s going on, and realize the value in any positive change that fends off global warming.

"I think this year, the reality of continued climate warming and its impacts have moved into our common vision of the future. And that's good, because we're going to need people of every discipline, in every part of society, to be taking increased warming and changing precipitation patterns into account in their work every day," she said.

“... Although people are struggling to absorb the enormity of this in the context of all of the challenges of COVID … I want people to know that that is work worth doing.

“[We need to] work through those feelings because the more you come to accept and understand the reality, the less it hurts ... and the more you're able to interact with [climate change] on an intellectual level [then you can] incorporate it into the work you do on a daily basis and how you interact with your family, your community, your decision-makers.”