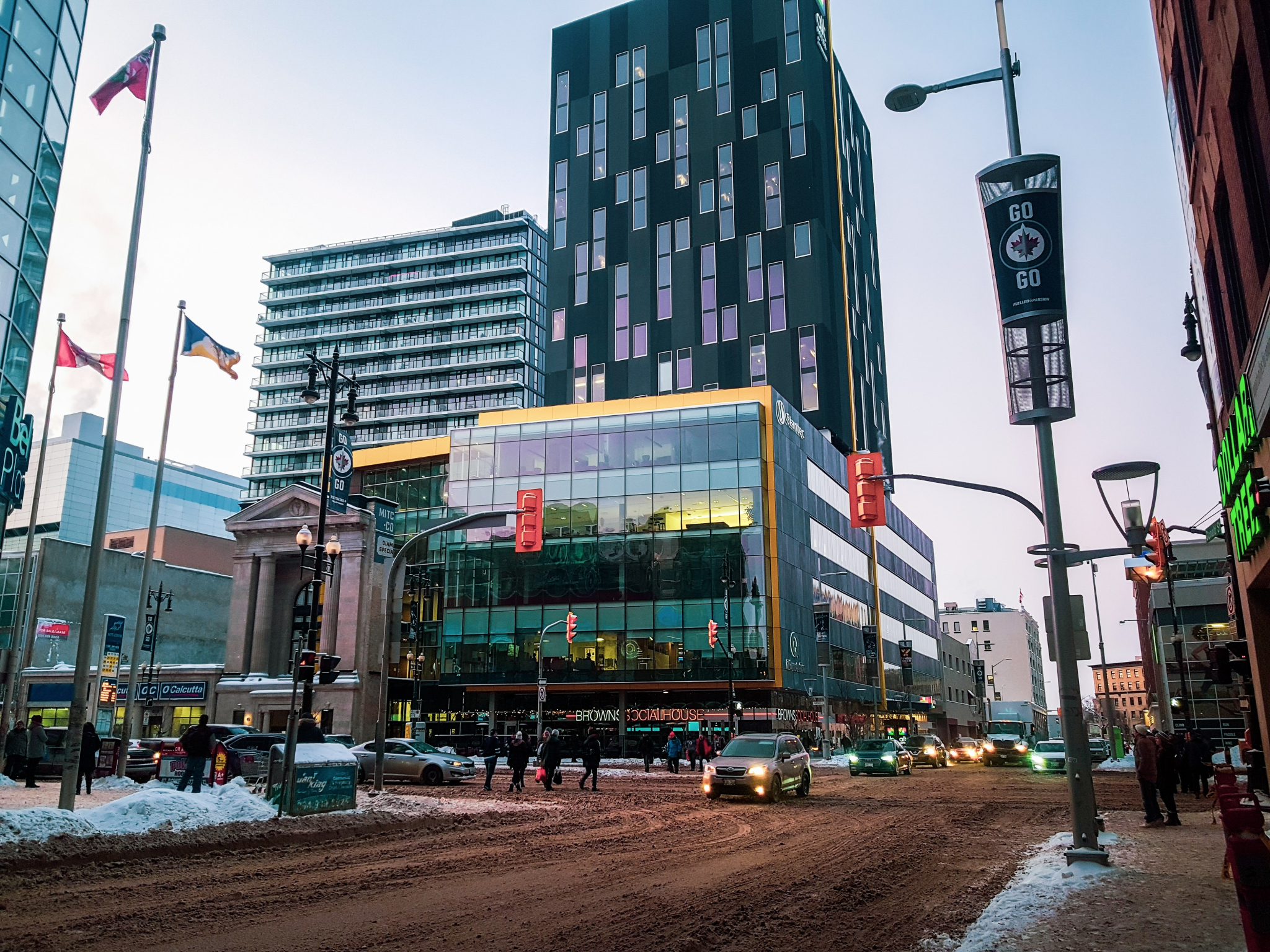 The federal government should make it easier to move out of overheated markets and into less frothy ones, writes columnist Max Fawcett. Photo by Rajabali Jawadali / Unsplash
Previous story
Next story

Some topics are just too big to be covered in one column. That’s why over the past two weeks, Max Fawcett tackled the housing crisis and the ways we could address it in a series of them. For more on this series, read the first, second, third and fourth instalments.

In the third quarter of 2021, Canada welcomed 123,000 new immigrants into the country. That was the highest figure for a single quarter since 1946, and it put us on track to increasing the national population by more than 400,000 for the year.

That’s a bigger figure than the United States and the U.K., which is all the more impressive when you consider how much larger their respective populations are. There’s just one problem: it’s going to make Canada’s housing crunch even worse.

The pace of building new housing in the places these new Canadians want to live isn’t even remotely close to keeping up. Over the last three years, for example, there were approximately 33,000 new units added to the market in the Greater Toronto Area — nearly 50 per cent fewer than the region saw back in 2002 when its population was substantially smaller.

And while more supply is obviously needed to correct this imbalance and help address the ever-expanding demand to live in our biggest cities and regions, we also need to do something about the existing mismatch between people and places.

In other words: whether it’s west, east, north, or south, our young men and women need to move somewhere other than Toronto, Vancouver, and Montreal. And while the federal government obviously can’t compel them to do that — Section 6 of the Charter of Rights and Freedoms, which guarantees our right to take up residence and pursue a livelihood in any province in the country — it can give them reasons to consider relocating. Think of it as Canada’s housing equalization program.

For starters, the federal government could make it easier to move out of overheated markets and into less frothy ones. Certain moving expenses are already tax-deductible, but those could be expanded and enhanced to make relocating even less onerous. It could also create tax incentives for large employers that move their head offices to markets like Calgary, Winnipeg, or Regina — places where the commercial vacancy rate is already sky-high.

Their employees might balk at the prospect of having to relocate, but that’s before they realize just how far their stretched GTA housing dollars would go in those cities.

The federal government could also move some of its offices into those less-competitive markets. The decision to put the new Canada Infrastructure Bank’s head office in downtown Toronto was a missed opportunity that could still be rectified. Dozens of other federal agencies and organizations could also be shifted into different parts of the country, which might have the ancillary benefit of expanding the federal government’s reach and influence.

This housing equalization program would also benefit from the COVID-driven shift towards working from home. The jury is still out on whether that shift will be permanent. But if it is, it will create another opportunity to rebalance Canada’s distribution of talent and capital — and spread some of the wealth that’s building up in its biggest cities into other parts of the country.

None of these ideas would be risk-free, and any effort to divert resources away from Canada’s biggest cities would face an immediate backlash from their political leaders. But the federal government’s job is to look out for the best interests of Canada, writ large, and the nearly 40 million people who live here.

Given how overburdened and overpriced our big cities are getting, it might be in everyone’s best interests for the federal government to find ways to take some of the pressure off them.

Small, dumpy townhouse in Kitchener, just sold for $755,000 asking price was $599,999. Last year the same place sold for $345,000. This is a false market, a complete fabrication. Created by an influx of offshore money being laundered through real estate, the commodification of housing from a need to an investment, and the subsequent corporatization in which the rich are now snapping up a rare commodity to rent out and make excessive profit from a neverending revenue stream.

When the Olympic shock hit

When the Olympic shock hit Vancouver area housing, I slept in my car, but I also put gas in it until I found a house for $15k, a block away from 2 blocks of stores. I only need a car monthly. Now, Zoom has brought in social variety.

A distress sale?
So your gain was at the expense of someone else's homelessness? That's hardly a population-level solution.

Surprised Nat Obs would advocate for such measures. I think this will increase the degradation of our natural world by increasing the sprawl of humans. Need to increase human density & reduce our overall global population while increasing wild spaces.

A safer healthier approach is to create defined limits to urban or town boundaries, bulldoze suburbs to allow wild spaces to flourish in that open land, and increase density in the cities & towns within their boundaries prohibiting expansion into wild spaces.

Look at Regina or any city. It's an expanding blackhole of urban sprawl with wider roads, more lanes, and more parking lots. Why would we want to encourage this?

Another consideration is the

Another consideration is the type of land which may be built upon if density is not increased on already human occupied spaces. Is it used for farming or part of some valuable wild ecosystem, or a relatively desolate area where buildings and other infrastructure will do relatively less harm? What about transport supply connections, water, and suitability for technically supported agriculture? Such areas will be tough to find, and require complete communities to be constructed, but as long as our population keeps increasing we have to start looking through a wider lens. This will have challenges, with unknowns including what climate change will do to change the possibilities of various spaces. - We need planetary reduction of population reproduction to avoid an uncontrolled and miserable occurrence of population crash. But how likely is that?

Another knee-jerk "solution." "Wild spaces" don't "flourish" in areas that have been buldozed, because there's no sub-surface ecosystem left.
Defined limits is what gets you the idiocy going on now in Toronto: trying to reproduce all across the city the population density of cities like Beijing and Tokyo. The downtown area is already more dense than any European city.
Why not just tell immigrants that certain cities are "already full."
People will continue to use cars to get to work as long as they can afford them, and as long as the trip by public transit costs more and takes longer. That would seem to be obvious. There's little difference, I'm told, in the personal stress levels of standing shoulder to shoulder in a lurching and swaying, noisy train, putting up with the smell of Cheezies and pizza, and someone's fish sandwich, on top of four kinds of vile smelling cologne and/or after-shave, and several different scents of (toxic) "fabric conditioners."
Not to mention the dangers presented now by passengers paying lip service to proper masking.

Before Mulroney became PM we

Before Mulroney became PM we had a National Immigration Policy which varied the number allowed yearly to immigrate. It followed the health of the Economy. The highest number allowed in one year was 75 thousand. Under Mulroney that was increased to 300 thousand. Why? To keep wages down. And as a boost to Consumption. That needs to be reversed! Every new immigrant increases the production of Carbon Dioxide in the country in the world with one of the highest per capita CO2 numbers! Restrict Immigration numbers. That would also help with this artificially high Real Estate market. Then put a meaningful Tax on Investors in Real Estate; the International Renter's. Stop the Money Laundering.

What stop the hockey bags of

What stop the hockey bags of $20 dollar bills being exchanged a casinos!? We just don't have the "legal industry" capable? Or for that matter limiting house sales to residents.

There are some old ideas in

There are some old ideas in this article (feds move departments to smaller locations) but how about banning foreign ownership? You MUST reside in Canada and you must be a citizen of the country. This would make it much more difficult to blame foreign ownership or money laundering as part of the problem.

Read Progress and Poverty written by Henry George. Ideas dissed by the intelligencia because he was a JOURNALIST. Almost 200 years ago.

This is a really bad idea.

This is a really bad idea. Tax the working stiff+ reward the speculators= more homeless. I'll bet it's got the Fiberal bag men salivating.

The Romans probably got it

The Romans probably got it right. You don't infinitely expand the city and overload the infrastructure, you build another planned city instead based on sound planning principles with community Centres designed for people.