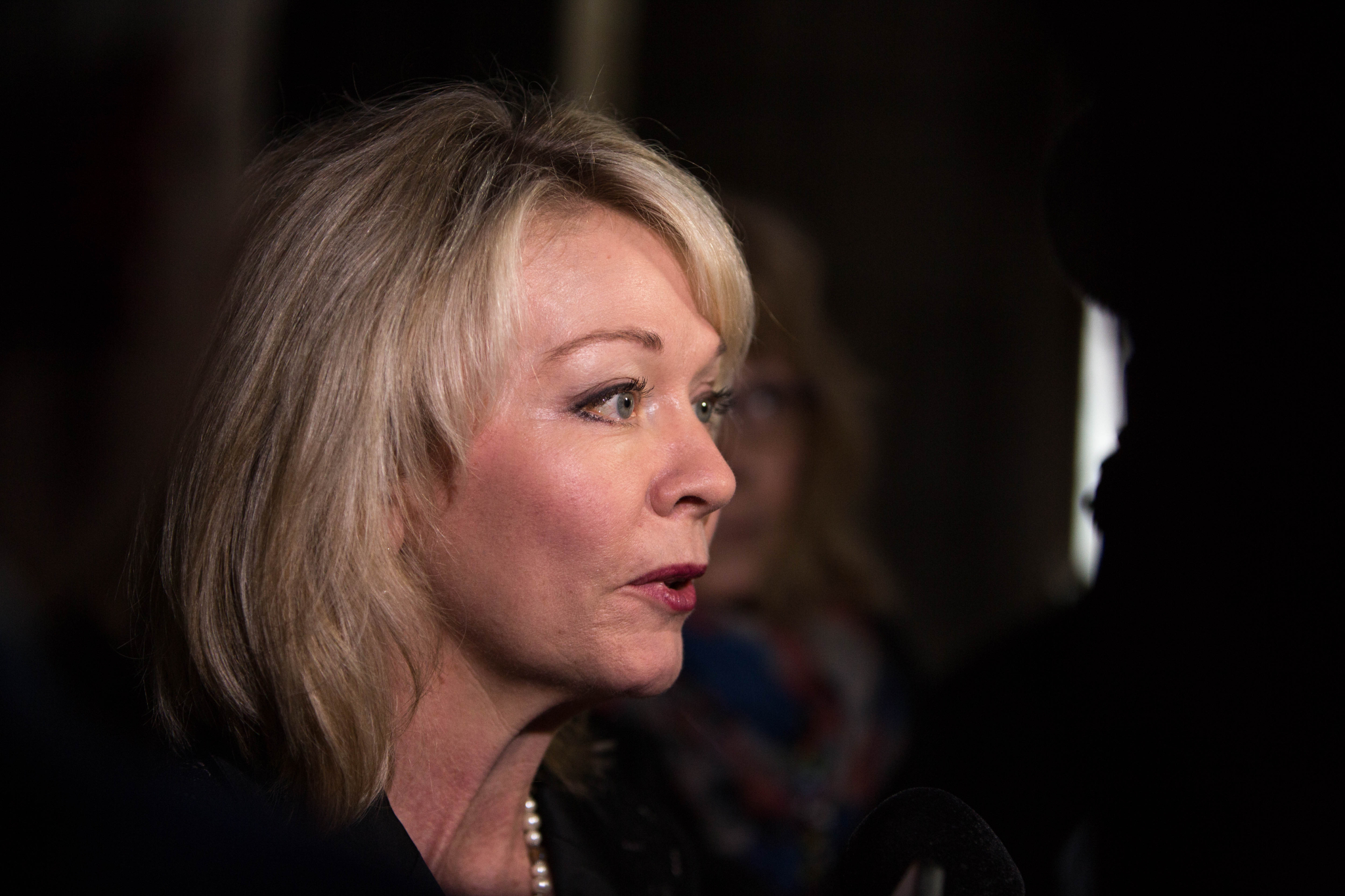 After briefly trying to appeal to climate-concerned voters, the Conservative Party of Canada is ditching its carbon pricing plan, a move Canada’s environment minister says “proves they have no credibility in the fight against climate change.”

In the run-up to the last election, former Conservative leader Erin O’Toole introduced both a climate plan and a carbon price. But after roughly 13 years of convincing party supporters carbon pricing is a “terrible idea,” the decision alienated voters, said Kathryn Harrison, a professor of political science at the University of British Columbia.

Conservative interim leader MP Candice Bergen ditched the party’s pledge to put a price on carbon at a caucus meeting on Wednesday, according to the Toronto Star. The Star’s sources say the issue needs to be debated at the leadership race.

“It’s not surprising that the Conservative Party isn’t putting forward strong solutions to climate change when many of their members don’t believe in it,” the NDP’s environment and climate change critic Laurel Collins said in a statement to Canada’s National Observer.

Harrison said she is not surprised by the announcement.

“The message that the Conservatives were on board with carbon pricing, I think, was exaggerated all along,” she said.

Although the party said it intended to keep the industrial pricing schedule up to $50/tonne, increases beyond that were tied to trading partners like the U.S. and the European Union.

“Fifty dollars a tonne is not a threat to the Canadian oil industry and arguably helps their reputation, so that was no big surprise,” said Harrison.

The Conservatives’ plan proposed carbon pricing that would start at $20/tonne and increase to no higher than $50/tonne — while the Liberal government pledged to increase the price to $170/tonne by 2030.

It called for the tax to be paid when Canadians buy fuel and then deposited into “personal low-carbon savings accounts'' for “green purchases” like a transit pass or energy-efficient retrofits, but Harrison points out details were scarce and that it was “really a gimmick.”

In a statement to Canada’s National Observer, Environment and Climate Change Minister Steven Guilbeault said the Conservatives’ proposed carbon tax meant “the more you burned, the more you would earn — which made no sense.”

“Putting a price on pollution is a central part of our plan to cut carbon emissions and support our economy, with the majority of families receiving more money back than they pay,” reads Guilbeault’s statement.

In 2019, a report by the Parliamentary Budget Officer found 80 per cent of households will get more from the climate change tax rebate than they are paying in carbon tax, while the wealthiest 20 per cent will pay slightly more than they receive.

Despite this, a recent study co-authored by Harrison found many Canadians don’t understand rebates very well and most underestimate how much money they are getting back.

The study revealed partisan divides. Conservative voters were more likely to report they were paying more in taxes than they were getting back, even when shown the opposite was true.

“[The Conservatives] are adopting policies that speak on behalf of their core voters, about a third of Canadians who oppose carbon pricing,” said Harrison. “It seems to be part and parcel with the party's emerging response to the trucker blockades and anti-vax sentiment that they are returning to their base.”

Harrison said there is a serious question of whether the party is limiting its reach with these recent choices.

Conservative MPs — including ex-party leader Andrew Scheer, Garnett Genuis, Melissa Lantsman, and Martin Shields — have voiced support for the trucker convoy, which is on its 12 consecutive day occupying Ottawa’s downtown.

On Thursday, former MP Lisa Raitt, Jim Dinning and Ken Boessenkool launched Conservatives for Clean Growth, a group of Conservative Party activists, advisers and members who will work with any leadership candidate to “develop a credible climate, energy and economic plan.”

“This new initiative, led by long-time, high-profile Conservatives, is fighting for the future of their party,” said Harrison, who finds it “quite sad” the party won’t embrace carbon pricing.

“One would expect ideological Conservatives committed to markets and economic efficiency to embrace [it],” she said. For more than a decade, the Conservative Party has misled voters and argued vehemently against carbon pricing, claiming it does not work despite a body of research that proves the opposite, said Harrison.

Because this policy should, in theory, appeal to the party’s market-driven values, Harrison doesn't think the Conservatives’ aversion is really about the carbon price: “It's about protecting the status quo and the fossil fuel industry,” she said.

MP Adam Chambers declined to comment because caucus meetings are confidential and it would compromise the party’s “ability to have open, transparent and honest discussions with each other.”

Nearly 30 Conservative MPs, including Bergen, declined or did not respond to Canada’s National Observer’s requests for comment.

One of the unique

One of the unique accomplishments of the last federal elections was the inclusion of carbon pricing in the action plans for all major political parties, even as the Conservatives’ climate plan was weak, confusing, and deceptive. This is a regressive move, but hopefully it will make it easier for voters to select their candidate in the next election.

Being a fan of "true colours"

Being a fan of "true colours" I find this new, dark logo with the Canadian flag stripped of its usual cheery, bright red and white, lurking oddly in the shadows, barely visible and just a backdrop for the "growth" message as the more accurate one for conservatives in this country and all over the world actually. The orcs are among us....

Well, if ever there was a

Well, if ever there was a carbon pricing plan that needed ditching, that one would be it. It was a REALLY stupid plan. So no big loss. And it's been clear forever that all real progress towards stopping climate change will be done over Conservatives' dead bodies; a fake flim-flam plan wasn't going to change that.

If only it didn't seem so often that real progress towards stopping climate change will be done over Liberals' and, in BC, even NDP dead bodies . . .

That is because everybody is

That is because everybody is figuring out how to negotiate the terrain using the same wrong map. The economic theories they all use are addicted to economic growth and all economic value creation requires energy, so earth science tells us that we need to phase out Canada's biggest source of energy but economics makes it look like suicide.
Support regarding growth addiction: pick up any economics text and think about what happens if there isn't perpetual growth -- the whole system collapses.
Support regarding economics' dependency on energy: Chris Martensen's "crash course" at https://www.youtube.com/watch?v=eidQTDjQ5gw

Humanity is in a huge mess and the way our leaders are looking at the problem is a big part of the problem.