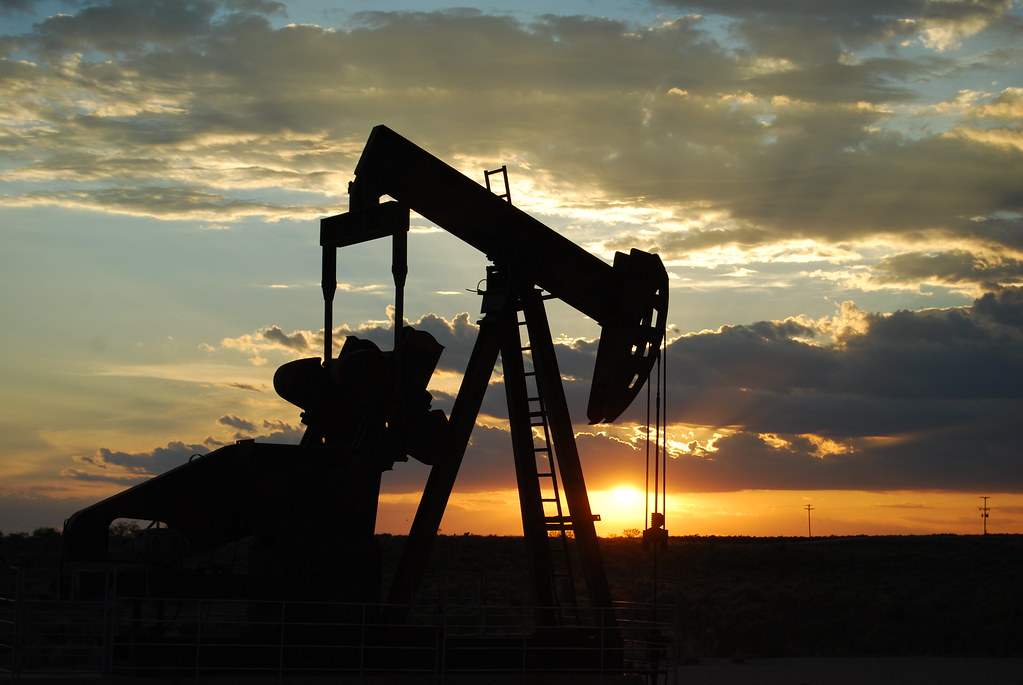 Alberta, British Columbia, Saskatchewan and Newfoundland and Labrador shelled out a combined $4 billion in fossil fuel subsidies from April 2020 to the end of 2021. Paul Lowry / Flickr (CC BY 2.0)
Previous story
Next story

Canada’s four main fossil fuel-producing provinces shelled out $4 billion in subsidies for the industry from April 2020 to the end of last year, a new report reveals.

That is nearly nine times more than insured damages caused by flooding in British Columbia last November — the province’s most costly severe weather event to date, according to the Insurance Bureau of Canada.

These provincial subsidies will undermine Canada’s climate goals if they continue to prolong oil and gas production, despite the federal government’s commitment to end fossil fuel subsidies by 2023, the report states.

Historically, combined provincial subsidies are “as high or higher than federal ones,” said Vanessa Corkal, author of the International Institute for Sustainable Development (ISSD) report. The message, she said, is clear: “We need provinces to take action on this issue.”

“It's difficult to see a way forward without actual collaboration between provinces, and ideally also with the federal government, to figure out how to collectively phase out some of these subsidies,” said Corkal.

Some provinces may think phasing out certain subsidies is a risky economic move if other provinces plan to keep them in place, but these subsidies keep funds from important social and environmental programs and hinder economic diversification, according to the report.

B.C. is one of the only provinces taking action, said Corkal.

For the first time in nearly 30 years, B.C. is reviewing its oil and gas royalty system. The review’s findings will be released this spring, and it presents a “critical opportunity” to phase out fossil fuel subsidies, said the report.

A recent public survey found 77 per cent of respondents think B.C.’s oil and gas royalty program is outdated and needs to be reformed. The highest-ticket item is the Deep-Well Royalty Credit Program, which was designed in 2003 to incentivize fracking and cost the province $421 million in the 2021 fiscal year.

If Canada wants to phase out fossil fuel subsidies, provinces need to get on board: four provinces shelled out a combined $4 billion in subsidies to the fossil fuel sector, according to a new @IISD_news report. #cdnpoli #oilandgas

Newfoundland and Labrador’s fossil fuel sector already operates with “unsustainably high costs” and oil production has been in decline since 2007, the report noted. Despite these realities, the provincial government is betting on fossil fuels as a long-term economic plan and aims to more than double oil and gas production by 2030, according to its 2018 action plan.

“It's pretty clear that doubling down on fossil fuels as an economic strategy doesn't make sense for two reasons,” said Corkal. “One, because we know we need to transition and reduce emissions, but also because in the long run, there's a huge risk of stranded assets and of these industries not being successful.”

The International Energy Agency has made clear if we want to limit warming to 1.5 C, there is no room for fossil fuel expansion. The agency recommended a “massive” push for clean electricity and a “relentless” focus on energy efficiency to curb power use — both of which offer opportunities to restructure oil economies.

Despite Canada’s pledge to “build back better” from COVID-19, these four provinces rushed to increase fossil fuel subsidies in 2020 and 2021 instead of pivoting to be competitive in a low-carbon global economy, the report states.

From the start of the pandemic in early 2020 to December 2021, the Energy Policy Tracker found Canadian governments committed over $34 billion to supporting fossil energy. In response to COVID-19, the Alberta provincial government introduced a three-year property tax exemption for new wells and pipelines that will cost already cash-strapped municipalities more than $290 million in 2021 alone, according to estimates by the Rural Municipalities of Alberta.

Corkal said there is a risk governments will continue to double down on fossil fuels. Alberta’s $1.5-billion investment in the now-dead Keystone XL pipeline is a prime example of the poor economic and political choice to bet on fossil fuels when the world’s fate depends on phasing them out.

“It's really going to be incumbent on citizens to hold governments to account to ask them to spend money in ways that will put the long-term economic interests of their citizens up front,” said Corkal.

Alberta is also heavily subsidizing the development of carbon capture utilization and storage (CCUS) to the tune of $408 million from 2021 to 2024. Corkal says funding CCUS is not an effective use of tax dollars because it is expensive and not yet proven at scale.

Since 2018, Saskatchewan has introduced five new royalty programs that incentivize fossil fuel production, but there are no financial estimates for these programs in budget documents, which makes it hard to determine the province’s forgone revenue from the programs.

“Residents of Saskatchewan deserve to know how much government funding is going into that industry and whether or not … it's going to pay back for citizens,” said Corkal.

Along with increased transparency, the report recommends provinces stop creating new fossil fuel subsidies and reform and phase out existing ones by 2023.

The federal government’s goal to phase out fossil fuel subsidies by 2023 is “inherently incomplete” without action from provinces, so provincial governments must align their efforts with federal targets and “align their economies with net-zero ambition,” the report says.

This was the moment when Shailla Manitowabie found her voice